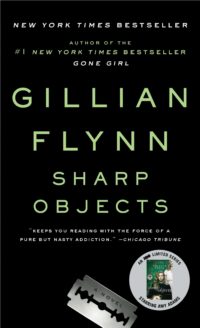 Camille Preaker’s past is a harsh patchwork of sharp-edged lies and half buried memories. Unstable and released after a hush-hush venture in the psychiatric ward which only her boss and his kindly wife know about, Camille is now a barely functional neurotic with veins of suicidal depression. Enter her next work assignment with a mid-grade no-name newspaper which will take her back to confront her home-town family demons while following-up on a grisly string of child murders.

In true “A Rose for Emily” style, we encounter a sleepy little southern town complete with Victorian mansions, languid heat, and well respected ladies who aren’t all they seem. Here, Camille must confront everything she has tried to forget: her elegant yet eerie mother, her otherworldly thirteen year-old sister, her quietly ominous step-father, and a horrific history she’s only just beginning to understand. As the details of mutilated child-victims and dysfunctional families roil beneath the surface of daily etiquette and socialite do’s and don’ts, Camille regresses further into the depression that characterized her childhood days, her cutting days. Here, in this darkest of spots, the hard truth awaits.

Sharp Objects is a psychological thriller akin to gothic horror with more than a fair dash of V.C. Andrews’ brooding family sordidness. From the beginning, the direction of the plot, if not the actual, full revelation, is evident. Ultimately though, it’s far more than a murder investigation – even more than a revelation of inherited secrets. It’s a cause and effect domino story of quiet corruption and the ramifications of damaged people confronting unbeatable demons. As a result, there is no one to truly root for – everything and everyone is far too broken for that – but the fiery appeal of a plane crash and the fact that we know the ending but not exactly how everything goes down – keeps readers both intense and disturbed. 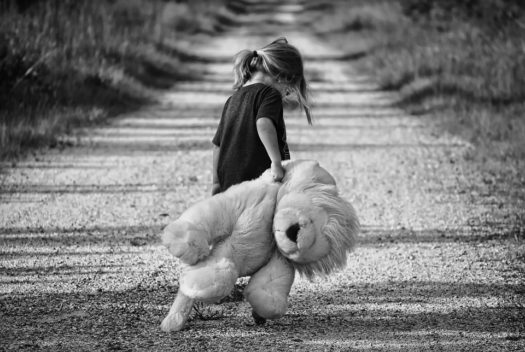 While it’s not as self-assured and slick as Flynn’s later blockbuster – here I speak of Gone Girl, of course – Sharp Objects has the characteristic darkness and a prelude of twisting narrative. Here though, with Flynn at the very beginning of her craft, the twists are abrupt, swerving, and amateurish, unapologetically sensationalistic. The pace crawls, wounded, over the carcasses of memories and buried hurt, finally arriving at the anticipated denouement. Flynn doesn’t have her craft under control yet, as we know she will later in her writing career; the ending careens from atmosphere to staccato telling – this happens, then this, then this…. And the time spent in the plagued mind of our semi-protagonist evaporates. We lose the feeling, the reaction, the intensity, right as it is needed most. And so, we have knowledge with no heart and a character that has once again retracted behind the lens. We know . . . although we always sort of did . . . but we no longer feel and so the narrative ends with a sense of suspended animation – an incompleteness that haunts.

Sharp Objects is a diamond in the rough and, honestly, would be an entertaining but largely forgettable story if it weren’t basking in the light of Flynn’s later greatness and the much talked about HBO series (which I have yet to see.) That being said, the short brutality and horror-fun house mirror appeal of the story, alongside it’s originality and its history in the development of a vastly talented author, make it worth a read.