Shape of Water, The 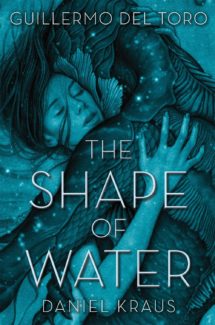 Let’s just start this out right: I’ve never seen the movie. After reading this book though, I admit that I kind of want to.

The Shape of Water, as many of you already know, follows Elisa Esposito, a janitor at a top-secret research facility in the Post-Cold War era. Elisa lives a lonely, silent life – a mysterious orphan now grown and on her own. A woman who remains mute but enthralled by the beauty of the world around her, the possibilities in the ugly, belittling nature of her daily life. Her silence, then, has left her outcast but not entirely isolated. She swims through the world occasionally accompanied by fellow janitor Zelda and her gay artist friend in the next apartment, Giles. And this, plus a love of shoes, is enough. Until she discovers Deus Branquia, a half man, half amphibian creature captured by the lab. As Deus Branquia undergoes horrific experiments and the hatred of Richard Strikland, the man who sought and captured him in the Amazon, Elisa becomes his only hope. Tortured monster and lonely maid soon form a bond that moves beyond language, beyond species, and it’s then that Elisa knows she must risk everything – and everyone – to rescue him.

The Shape of Water is actually a novelization based on the movie. This is something I didn’t discover until later, since the novel itself feels like a complete, separate piece without any of the missing filaments or short cuts so characteristic of movie novelizations. The entire book has an atmosphere to it that brings the characters alive in an intensely visual way. Since Elisa cannot hear, she is forced to truly look at the world, seeing it in both its sordidness and sublimity and it’s her eyes that capture everything from the seedy apartment to the sterile facility to the shimmering iridescence of Deus Branquia’s scales. Her daily world begins – so utterly gray, dull transition from a cheap apartment above a movie theater to her repetitive daily work in a cold, hard place. Only her high heels, bedecked in all sorts of gaudy colors, showcase her yearning for something more, her secret rebellion, the vividness only she can see. 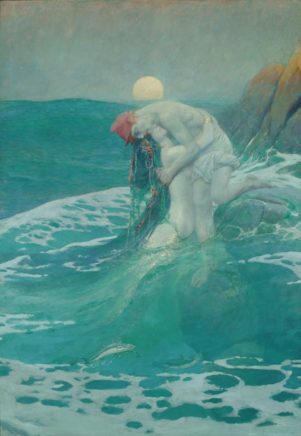 Around her, Zelda and Guiles form themselves and drift, seeking interaction that is barely satisfying at best. They are her friends and also outcasts. It’s 1962 – Zelda is black and Giles is gay – both have to fight for their very existence. Their issues, everything from Giles’ depressive artist career – too stuck in past techniques –  to Zelda’s on-again off-again marriage and the racism she endures as daily par for the course defines and refines them, their strength evident in their pain. Yet Elisa, while she belongs, somehow doesn’t. Perhaps because while Zelda and Guiles open up, display their wounds, and yet remain strong, Elisa remains hidden from them, a mystery. She interacts with them, but it has the distinct feeling of an unformed chick hiding beneath the wings of something stronger, more sentient, perhaps because of her downcast shyness, the way that she is so utterly subdued.

Richard Strickland, villain of the piece, is also a nice dash of storytelling. Richard, under the commands of General Hoyt, has spent months scrounging the Amazon basin looking for Deus Branquia, and is definitely worse for the wear. Strickland is a mean man, and yet he too is broken, his tender on reality slowly dissolving as the monkeys scream in his brain, vague visions of some long ago atrocity at General Hoyt’s insistence bringing his true monster to the forefront. Strickland cannot be liked – he is too far gone for that – but he can be feared. His character is so well drawn, terrifying in both its depravity and spiraling loss of sanity, that herein lies a moral. His decay we can see, even empathize with in a very distant sort of, “what else did you expect,” shake of our heads. He is all too human – a man become monster so easily that the possibilities sicken and terrify us. Strickland is, after all, no anomaly.

And so the story, powered by strong characters and offset with this extreme visual pallet progresses from monster-in-the-lab, to distinctly-amateur-heist, to love story, to final awakening. It goes from slow build-up to intense hide-and-seek with a crazed Strickland hot on the trail, to the fairy tale it has wanted to be since the beginning. This doesn’t mean that a woman falling in love with, and yes, having sex with, some sort of amphibious man isn’t more than a bit disturbing, yet the story has taken us so far that we believe and although we shudder, we let it go. Fairy tale and all that. The ending, then, just makes everything ok with a great “aha” moment that explains, giving us a pass to embrace this exceptionally weird love story. With that final imagery in mind then, the novel ends by actually making me want to put the book aside (something I never do) and watch the movie.