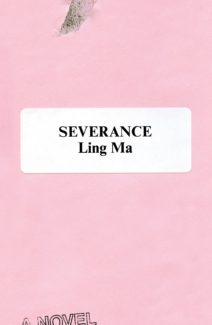 Ma’s self-focused, oblivious heroine, Candance Chen, a second-generation Chinese immigrant, is vaguely aware of Shen Fever. She is mostly focused on her day job in publishing though, specifically in getting the Gem Stone Bible off the presses and into the store. But, as Chinese factories (read sweatshops) start closing, it becomes increasingly more difficult to make production deadlines. The upwardly mobile Candace wants to move out of the Bible department with its demanding producers, cheap paper, and lack of originality. She wants the art department, yet her conscious twinges during her visits to China, her long distance phone calls, the demands of her company and industry that no matter what, she get the closing factories to produce more at any cost to the workers. But conscious gets you nowhere in business.

As her daily routine plods during the elongating summer days, she argues with her dreamer boyfriend in his basement apartment, prepares for a break-up, and keeps going into work as her company begins to issue face masks and warnings and hire contractors to sanitize the offices. It’s like any other day – fashion jokes about face masks and demanding phone calls and dodging calls from the boyfriend she has lost. It hardly seems like the beginning of the end. Or, conversely, it has always just been the end. 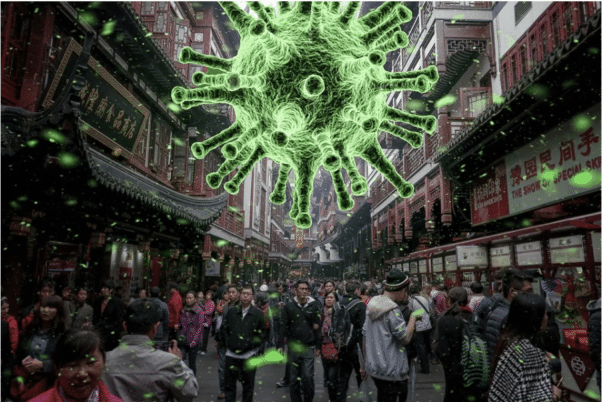 When Candance is the only one left, still holding onto the old world in an abandoned Manhattan populated only by the fevered, forever trapped in their memories and enacting them back to back until starvation and death, she realizes that she must accept this new world and move on. When she runs into Bob and his group, heading for some unknown facility where all manner of things will be well again, she joins. But this survivor’s group may be worse than the fever. She has a new secret as well, one she must keep from the group’s crazed religious leader. Time, however, is hardly in her favor.

Finishing Ling Ma’s Severance at the beginning of the worldwide coronavirus COVID-19 scare is not auspicious timing. Its take on the panic and obliviousness of populations to an extinction epidemic, our counter-intuitive, almost lackadaisical laughing in the face of death through everything from social media memes to grim documentation of society’s decay in blog’s such as Candace’s last-woman-on-earth venture, NY Ghost, talks about how we hear only what we want to hear. How we are lured into unsafe situations by routine, by money, by an inbred disbelief that anything could ever threaten us. Again, not the greatest timing on my part to be putting down this stark, post-apocalyptic look as a world-wide virus that insidiously creeps from one port to the next, from one delivery to the next, origination, you guessed it, also China.

Ma’s take on the apocalypse has been labeled by many as a growth from zombie lore – but I don’t see it. I think zombie is just a term we like to use about anything infected, alien, and trapped in a sort of living death. The fevered are far more terrifying than that though, and this is where Ma’s creativity shines through, as does her none too-subtle commentary. The fevered are forever stuck in the past. Say your job is a sales lady and you spend your days folding garments. As the fever takes you, this becomes all you do, with the mechanical precision of nostalgia on repeat. Or perhaps you have a way of setting the table for a family breakfast, as we see one fevered do in a particularly haunting scene. These are no flesh-eating ghouls, only people forever stuck in a mundane pattern. Herein lies the real terror in this Twilight Zone like after world. 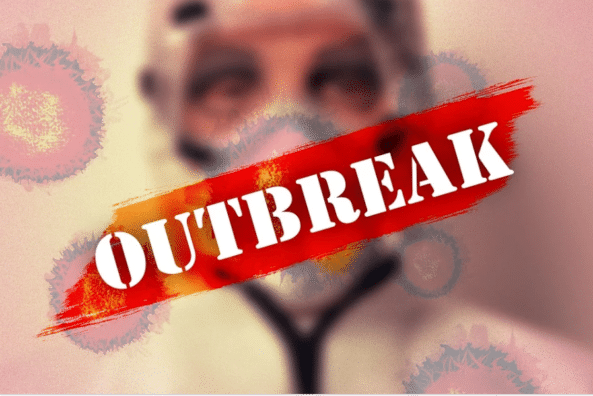 The narrative is split between the now of Candance’s survival in the rag-tag band (just ok) and the then (brilliant) where the fever creeps in under the radar. Unlike COVID-19 with its epidemic of crazed doomsday shoppers, this world shows a less radically paranoid set, although we do see echoes of the now from the irreverent Facebook jokes to the way people easily adapt to something as new and terrifying as disease. The routine must go on. And so, perhaps the fevered aren’t so different from your average office drone.

As the memories reoccur, the atmosphere captures us. I’ll never forget lying in bed one peaceful Saturday morning, reading about a storm, loss of power, Candance and her boyfriend watching on their cellphones the report of the storm, not realizing that the weather and the destruction are only a prelude, that this nothing moment will become a cornerstone of memory and longing.

The story itself is more atmosphere than action. Oddly, the post-apocalyptic sequences of Candance and the group just aren’t as good. We have Bob, your stereotypical crazy Christian (enough Christian-bashing already, pop fiction) who is elated for judgment so he can take the seat of power. There is nothing new about Bob or anything memorable about his followers or, honestly, even Candance herself. Characterization isn’t key here. The disease and the feel are the character. The denizens of this disintegrating world are mostly selfish, including Candance, or simply amorphous entities that move against a backdrop. The facility, whatever powers Bob, and the conclusion are all weak and glossed over. The fevered fall away, the story becomes a take on Dawn of the Dead without having any of its grittiness or direction, however hopeless. Only here does an otherwise powerful narrative fail. We forgive it though, for the feel, the echo, the glory of its vision, the scary places it takes us. With a little work – with different or deeper characters – it could be unforgettable. As it is, even in its flawed state, it still haunts and more eerily still, it says something pertinent to us in the now.