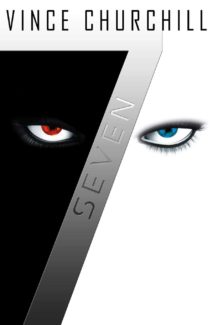 Say Goodbye, as We Dance with the Devil Tonight

God and the devil have a wager, and fourteen strangers, ranging from the seemingly ordinary to the vindictively insane, will determine the outcome. These people and their final gory gameshow-like confrontations with each other and the realm of obscene, devil conjured tests will determine whether good or evil rules in the end; the very existence of Heaven and Hell is in the balance.

It’s Job all over again but this time, the outcome isn’t so certain. Once again, however, the contestants on both sides are hardly picked willingly.

There’s Deena, chubby librarian with a roaring libido whose one night stand literally turns into an unwanted deal with the devil.

Cassius, a good guy turned to drug dealing for the sake of a convoluted revenge.

Anna, a former professor with a blood lust, supposedly for justice, that has left her locked away and notorious.

Katrina, the graceful ballerina with a past and her goon like Russian boyfriend, Boris.

Gavin, a weak-willed cheating spouse, and his sultry, oversexed mistress, Silk, whose final idea of a climax isn’t what you’d expect (but may be exactly what Gavin deserves).

Sissie, a phobic young woman who runs the family diner and is seeking love – on the surface.

Homeless Anderson who used to have it all together but just had too many momma issues – and now she can never leave him.

Ethel, an Aunt Bea like lady who loves baking her pies and has something you would never suspect in her basement… and freezer.

And then Jenny, the good girl on the cusp, working for a strip club (aptly named Brimstone) out of desperation yet still trusting in the ultimate goodness of God… but will she when this is all over? 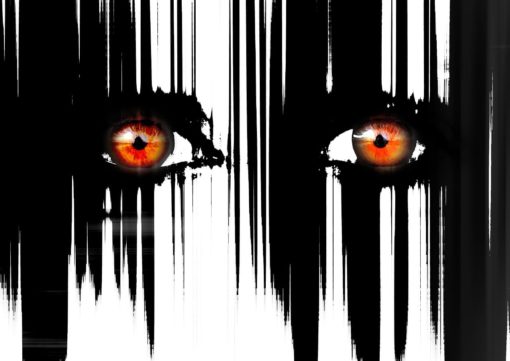 Your first thought on seeing a character list of such size is probably dismay. Usually any book with more than three main characters results in  grumbling audiences, confusion, and the constant crunch of turning pages as we go back, trying to remember each personality and the ticks that define, and undermine, them. I would have said that more than five main characters definitely couldn’t be done. And that’s the brilliance in this book, the beauty in the addicting, edge-of-the-seat ugliness. You never flip back pages, never question who the characters are or need to jog your memory as to their underlying motives (both conscious and otherwise.) Each person is vivid – real in a visceral way that culminates in a life-or-death, salvation-or-damnation showdown that will have you using all your sick days to read late into the night. How Churchill managed to bring so many alive and take an extreme horror book and make it character driven, I don’t even know. But it works. It works so damn well.

You certainly won’t like all the characters – some of them are downright revolting (cough, cough – Anna) – and those you think you do like or sympathize with deeply may turn out to be playing for the wrong side. You will, however, feel compelled by each character, personally involved and attached in a way that makes the brutality of the conclusion exquisitely painful and utterly unforgettable. And when I say brutality, I mean it. This is Vince Churchill unfettered, combining a bombshell plot, dark eroticism, and gut-churning fear with . . .  well . . . guts to craft an explosive piece that is shocking and yet ultimately, thoughtful.

God and the devil, both characters here, also play unique roles – especially the devil who admittedly gets more screen time. His many disguises – foul crone, voluptuous exotic dancer, bystander, and more cannot belie his true nature, which Churchill evokes well here. You won’t have sympathy for this devil.

You may, however, leave the novel questioning the characterization of God – also with his own more innocuous disguises (lots of little children imagery.) We never know why this bet is essential (a hint of Job there for sure) or why the devil gets to call the shots on the tests which demand such awful prices that it seems a good person must be totally corrupted to commit them – committing evil for the sake of ultimate good? The narrative seems to pose the God character as a good guy – he even has pity for Satan and shows a certain desire to redeem the recalcitrant devil – yet everything ends with a lot of questions and readers aren’t the only ones to voice them; our sole survivor and ultimate tie breaker has a lot of questions (and probably needs years of therapy now). This may be a deliberate harkening to Job and even a greater extension of the “why do bad things happen to good people” or it may be my religiosity talking, taking a story beyond itself and looking for universal answers. Whatever the answer, you’ll leave Seven disturbed, both from the vivid imagery and the ambiguous nature of that God character who may be good or may just be weak or perhaps something else entirely. What you will know for sure is that this is a book like no other, a story that lives and breathes and slides around the edges of your darkened room at night whispering “why” and “who’s next.” Yet another classic from the only horror writer who can blend splatter-punk with soul and make a twisted thing both beautiful in meaning and yet psychologically exenterating.