Serial Killer in Nazi Berlin, A 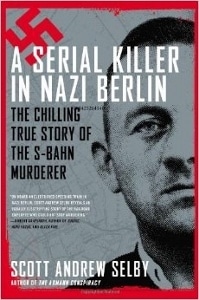 There’s an unwritten rule when it comes to the modern world of publishing. Every serial killer gets his (or her) book. Until recently, one exception to this rule was a German man named Paul Ogorzow. But more than 70 years after he terrorized wartime Berlin with his horrific exploits, Herr Ogorzow – also known as The S-Bahn Murderer – finally gets his due in A Serial Killer in Nazi Berlin by Scott Andrew Selby. Unfortunately, the book really isn’t that good.

Not that Ogorzow didn’t do his part. Just as Hitler was putting the finishing touches on his plan to invade Poland at the end of August, 1939, Ogorzow – an seemingly upstanding, hardworking family man, subway worker and card carrying Nazi – started raping and physically assaulting dozens of women, killing eight of them in the process. Aided by the complete blackout of Berlin – enforced to protect the citizenry from British bombers – he would stalk solitary women coming home from work at night in the complete darkness, attacking them in the local neighborhood garden or on an empty subway car. While the subway – known as the S-Bahn in Berlin – was dimly lit, the car windows were painted over to keep any light from escaping, providing Ogorzow with a perfect setting for his vile acts. In often dreadful detail, the book reveals what is known about the man’s crimes and the manhunt that finally ended his two year reign of terror. 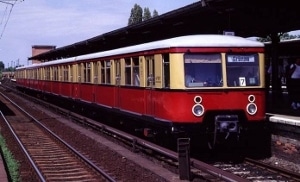 While Selby does a reasonable job of getting into the mind of this deranged killer and his extensive research uncovers plenty of gruesome details, he just doesn’t have the requisite storytelling skills to create a riveting narrative. The facts are all assembled, arranged and delivered, but the writing is so entirely lacking in finesse that it’s frequently annoying. Struggling through the first half of book was no small task, although as the perpetrator’s acts become increasingly more appalling it’s hard to not get caught up in the thrill of the manhunt in the second half. But, as strange as it may sound, the murderer deserves more credit for the best parts of the story than the author does.

Maybe it’s because it’s because I just read a book by Erik Larson, whose historical storytelling is so consistently top notch – and who told a similar serial killer story in The Devil in the White City – but I had a hard time getting past the ham fisted and clunky writing that permeates A Serial Killer in Nazi Berlin. Even the title is a bit of a dud, although the killer’s creepy visage on the cover is enough to send a chill down anyone’s spine. There are so many well written true crime books out there that it’s hard to recommend this one. A truly gruesome and worthy story, weakly conveyed, this one is for serial killer non-fiction completists only.