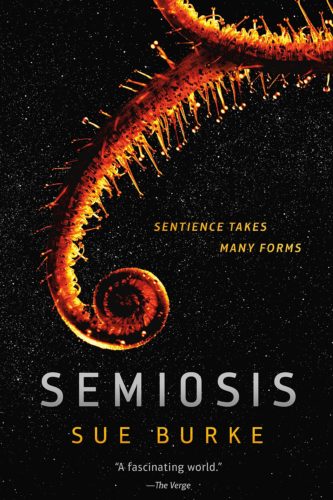 I was dubious starting Semiosis, but it was the March read for my new addiction, a GoodReads group called Creatures, Creatures Everywhere! My creature loving tendencies are usually more horror oriented, and sci-fi rarely captivates me, but the write-up hinting at forbidding planets and sentient plants was intriguing, so I dove in. I am so glad I did.

The story starts with a group of brilliant people, each with a different specialty, fleeing a doomed Earth in a fancy automated spaceship. While they’re frozen, the ship will track through space until it finds a hospitable planet where humankind can start again. Of course, what you and I think of as a friendly new world and what a computer program hypothesizes is an inhabitable planet are two separate things. The new planet, named Pax, has flying min-lizards, floating cactus gardens, killer ground birds, adorable little green creatures called “cats” (these make me think of Pokemon’s Eevee), and lush plants with delectable fruit. As the new denizens band together to overcome a bad landing and some other problems, they fail to realize that the plants colonized this world first. While the colonists speak of peace and idealistic starts the network of roots beneath their feet begins to plot. 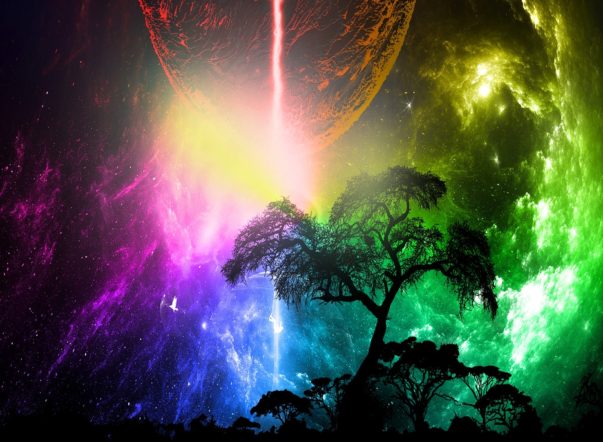 Image by Dr StClaire from Pixabay

What unfolds is a story seven generations in the making. Each chapter is narrated by a new generation, a new person. As the fear of the first generation bleeds away the colonists discover an abandoned city and a new plant, Rainbow Bamboo, which appears to want to help them. Who left the old city though, and is the bamboo too smart for the remaining humans? As the years come and go the colonists are also faced with their own monstrosities. Redacted earth books and a failing constitution proclaiming peace are not enough to stave off human degeneracy; jealousy, murder, and power plays follow. Soon it’s hard to tell who the villains are, and as the bamboo becomes more human and experiences emotion the colonists become more pragmatic when they meet the original city’s inhabitants and decide that forced peace is better than no peace at all.

Semiosis is a complicated novel. The first generation story is the usual coming-to-a-new-planet exploration, and the first interactions with a plant called the Snow Vine create a horror-like atmosphere. Paranoia is rife and the colonists struggle both with the dangerous planet itself and their failing technology. When we shift to the second generation and the new narrator the focus becomes one of social rebellion, and I was miffed and kept waiting for the return to the story and voices that I was following originally. As Semiosis continues, though, Sue Burke’s choice resonates. Enter the Rainbow Bamboo, who also begins to narrate portions. Soon the story grows beyond just one moment and just one meaning. At first it is all separate stories: exploration, rebellion, an odd murder story . . . but then we get to the Glassmakers and the last four generations tell a story of discovery, the city’s original inhabitants, and the inability of Pax’s idealism to prepare the human colonists for war and revenge.

I’m not sure Semiosis has a point although it certainly says a little something about everything, from the ineffectual tug of idealism, to the imperfection of laws, to the flawed nature of humans and the usurious nature of plants. What the story does is create a planet, a plant, and a society of people that we care about. The story is just interesting; the emotions of the various narrators all resonate at some level, and the imperfection and real-world society problems (both micro and macro) are engaging and passionately portrayed. I’ll be reading more Sue Burke! 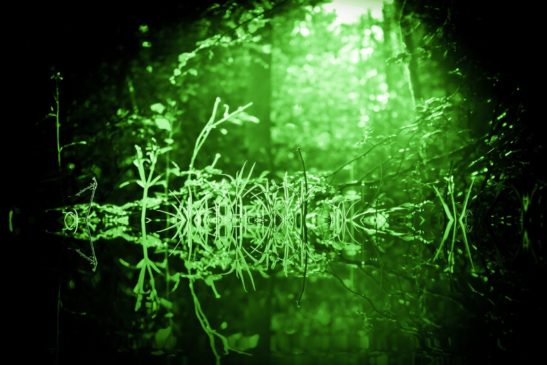 Image by Gentle07 from Pixabay

My favorite character/element was the Rainbow Bamboo itself, which is finally given a name by later generations (Stevland, after the first colonist to die). Stevland’s narration is accessible, yet mimics the nature of a creature that talks through molecules and roots. Stevland goes from seeing the humans as useful animals who (with expert coaxing) can benefit and maintain him, to something more. In turn, the colonists grow from a distrust of the entirely too powerful plant upon whom they depend . .  . to, well, a continued distrust, which is actually pretty fitting, considering what happens.

The introduction of the Glassmakers gives the story a solid thread as the generations move on, and begins to tie what seem like stories or novellas at first into a history of this new world. The Glassmakers themselves are creative creatures who speak mostly through fragrance and have their own societal degeneration to deal with as the human’s are forced to see the flaws in their constitution and untried ideal rules.

The story is engaging, creative, and oddly fast despite the page count. It has enough sci-fi elements to keep it distinctly imaginative, but enough human emotion and social mimicry to make it relevant and emotionally sustaining. I’ve already grabbed the next book in the duology, because  I have to know what happens next, where the standoff between plants and humans ends, and what the secret history of the Glassmakers will reveal.