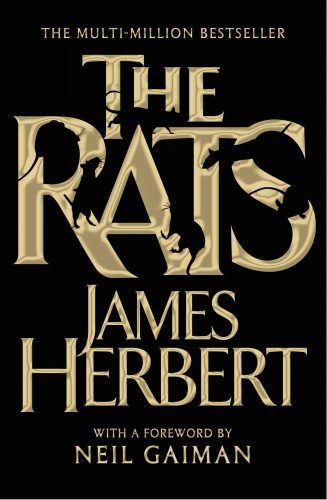 There have been a few gruesome incidents in East London lately. Rats eating sleeping homeless men alive, swarming isolated people, picking over the remains. And these rats, they aren’t your regular city rodents. They are bigger. Much bigger. And somehow more aware.

Will Harrison, a nearby schoolteacher, doesn’t know anything about the growing problem. He’s just here to do his job, tame his unruly students, try to teach them something. But when the classroom degenerate gets bitten by a large rat and is rushed to the emergency room, Will wonders about what the boy told him. About the shack in the woods and the oversized rats the boy claimed to have seen. When the boy dies of a rare disease within 24 hours, Will wonders even more. Are they on the verge of something new? Something horrible?

When local law enforcement seeks Will’s help – he met patient zero, talked to him, and knows the area – operation rat massacre takes effect with deadly consequences. You see, often fast solutions are not the most thought out and certainly not the best. When the rats get even bigger and bolder – attacking groups, careening through theaters of screaming bleeding people – it becomes a national crisis. And the rats have only just started.

I came to The Rats by Frank Herbert through one of my horror book group’s monthly selections. I was drawn to the story since I do love a good creature feature, the freakier the better. I was also a little put off, and I found my joy speckled with guilt. It is just a story, just fiction after all. But for many, this is a reiteration of their long held, darkest beliefs about the little animals that share our cities with us. As someone who had pet gerbils (Adam and Eve) as she grew up and later, when engaged, got a trio of pet rescue rats (Queso, Cheddar, and Mozzarella, I know that the vicious rodent stereotype is a complete lie. Rats like any cornered creature (like humans) will defend themselves if there is no other option. But they are not opportunistic murderers; they are not blood thirsty beasts. And, as for the old disease stereotype, anyone who has ever spent time around rodents knows that they are smart, capable of immense love for humans and one another, and that they groom and clean constantly.

My qualms about mislabeling good animals as bad for the fun of a shocking story tie into the next issue I had with The Rats – flagrant animal cruelty. While our nemesis rats, nearly rabid with their blood lust, are bludgeoned and killed gorily, they are the aggressors in the story. The puppies that come into play later . . . well. . . that’s not justified. Yes, spoiler alert, the makeshift police force decides to lure the rats to areas where they can infect them with something that will sterilize their vicious bite and slowly kill them off. And the only way to do this – for extreme shock value and nothing else – is to deposit friendly, lovable, tame puppies to be killed in mass. Thankfully it’s not explicitly described, but it’s enough to make most readers pause the Audible or throw the book aside. It’s not even justified. It’s just horrible.

Now, off my animal soapbox (temporarily) what about the story itself? Will is the unlikely main character, and he is there by grace not of his knowledge but because he was at the right places at the right times, knows the backwoods, and is telling the story. It doesn’t entirely work that he gets all this access to the scientists and powers that be, that they share the secrets with him effortlessly, and that he becomes a front man for a scheme way beyond his paygrade. But that’s B movie horror for you.

On the good side, while the side characters are future rat chow or evil scientists or publicists looking for a good election, the thriller aspect of action-action-action with its necessary carnage-carnage-carnage is pretty well done and entertaining. I feel like this fast little book would work better as a movie. Even its B-movie side would shine better on the big screen. Still, there are plenty of thrills and near misses and lots of creatures rampaging to keep readers entertained if not entirely happy.

Overall, The Rats was an interesting offering, a blend of high-octane action and thriller with some campier moments. It wasn’t a bad book, but as I have noted, it’s got more than one big issue that might be enough to keep sensitive readers and animal lovers away. There are better creature features out there, ones that don’t involve animal cruelty and deliberate mislabeling of an overall gentle, intelligent, and misunderstood animal.