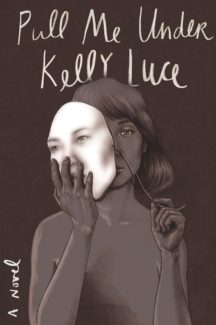 At 12, she stabs him to death in front of the class. As an adult, now running from her past, she’s tried to forget – and mostly been successful. Then a package from Japan arrives, and it’s time to unravel the motivations of the past and prod the violence – the self-named black organ – to see if it still lives, if it’s still dangerous.

Pull Me Under is both a story of bullying and deception, of guilt and the empty spaces where it should be. Chizuru Akitani is half Japanese, half white, and already tormented for both that fact and her weight. She’s the daughter of “Living National Treasure” Hiro Akitani, a singularly talented and viciously distant father. She’s mostly gotten by, mostly taken the torment, the tacks in her chair, the lack of warmth in her sequestered life of otherness, until her mother commits suicide (an extremely un-honorable, embarrassing concept to the Japanese) and her most hated bully takes advantage of the fact. Next there is a letter opener, a well-placed aim, a dead child, seven years of institutionalization and a request, not quite deportation, that upon adulthood she leave Japan.

Under a new name, disowned by her father, living with a pre-teen, ominously near her age when the black organ made everything snap, Rio (formerly Chizuru) is living her American life to the fullest. A doting husband who doesn’t question. An annoying teenage daughter. Hobbies. A good job. Complete and utter deception. Until her father’s death and her sudden inheritance of one telling item alongside a note in Japanese that she can no longer read. Is the note his attempt at reconciliation? His apology for never loving her? His sorrow at her mother’s misery in Japan? Something else? Is the Chizuru self still alive somewhere in there? Is Japan, half of her heritage, forever lost? There is only one way to find out – a sudden trip and a dangerous dalliance with old memories. But in risking the rediscovery of a previous self, will she open her hidden past up for inspection? Will her family, ignorant of who she was and why she left Japan, find out about the monster, the child killer, which lurks beneath her placid face?

It sounds like a good premise – full of emotional embroilment, cultural conflicts, family disappointments, grief, regret, tourism…. All the good stuff. Yet Chizuru/Rio is an apt killer – static, dull, emotionless. The old rage still burns, although not brightly, and we sense along with Rio that she really should be feeling something other than the void of detachment. The black organ, irritatingly and over dramatically named, is still apparently in control, although to Rio the only evidence of this fact is the unreasonable flush of anger that flows over her placid lies. 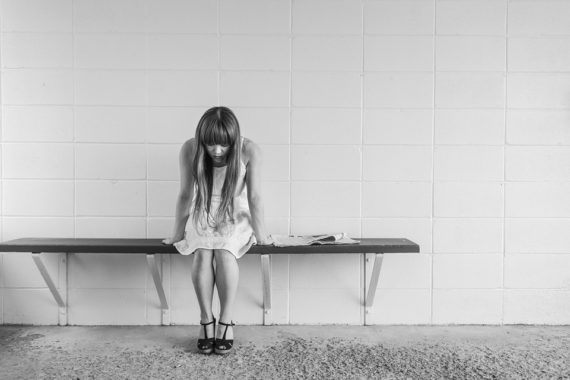 Rio makes connections – moving through Japan not like someone who is half Japanese but like a tourist – until she finally, incidentally, meets with her old school teacher, only to discover that her checkered past has added layers and a former act of kindness was fraudulent. Yet, as big as this reveal is (although, it’s so not a surprise), we really don’t care. Rio is cold, dead already, and her flashbacks, presumably written in to justify the horror of her action, only showcase the overreaction. The bullying itself, something we expect must border on abuse, is an occasional snide comment (at least, the way it’s represented) with one painful incident of tacks in the seat. Yet the grown Rio, now with a child the same age as the one who was murdered, still feels only the justice of her act. This leaves readers extremely distanced and a little disturbed. We needed to spend more time in those flashbacks, evidently, to see the pain that lead to the act. Otherwise, the sheer repulsive nature of the act itself and the character’s shrugging off of it, leaves readers cold.

And that’s part of the novel’s problem. What is chosen for display and what remains unseen is disproportionate. The pace is sluggish, barely moving, concentrating on elongated moments that don’t really matter, including an entire sequence of temple visits that reads like someone got fascinated with a guide book. Yet, Rio’s horrific childhood is only related in straight terms: it was awful, she was lonely, people were mean, she was different and not accepted, her father was mean. How? Is this her perception – the tales of a woman whose entire life is a lie?  We need to see and feel this, to feel the welling rage with her, on her behalf, otherwise it’s a self-indulgent poor little rich girl story.

The institutional years, in which her father only visited her twice (both times horrid and filled with his own coldness, yet not brought alive so we could see or feel sympathy with her in any degree) are a zip, told with slightly more prescience than her childhood, but not much. A whole swathe of years then, in which she transforms herself from Chizuru to Rio, learns American, and adapts herself into the idyllic sham of a life she now lives are gone, skipped over without so much as a flashback.

The character then is disjointed and perhaps it’s our lack of perception, the holes in her timeline, the nature of the story itself where it is attempting to tease subtle emotion, that leave us hating Rio for her very lack of feeling. The supporting characters from the teacher (Miss Danny) to a young man she meets during her temple journey, are cardboard. They serve a purpose, interact with Rio, are even inspected by Rio, yet no one here is relatable as an actual human. The characters are either too strangely devoid of humanity (Rio and Miss Danny) or otherwise too perfect and oblivious for believability (the student and Rio’s husband). 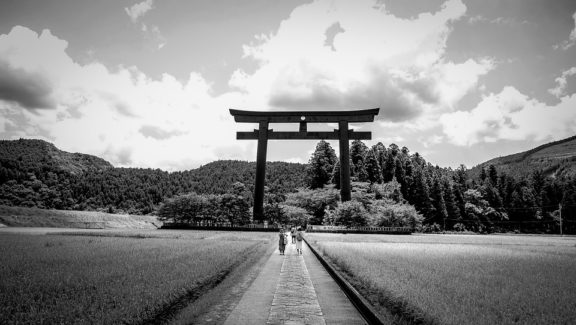 The conclusion evidentially feels that it’s led Rio through some sort of therapeutic purge, where she can now feel sorry for her long dead tormentor. Yet – this is all speculation, based on participating in a boat float for the spirits of the dead.  The happily ever after life may survive the importune revelations or it may not – neither we nor Rio are sure or even that concerned.  The confrontation, the hashing out of emotions, the why, the selfishness, the grief – all of it is so backburner that it may not even be happening, although the author clearly wants us to think that not only has it occurred, but its bubbled up into something quite heady – something revelatory and purging.

Overall, Pull Me Under had the feeling of something that wanted to be great – even had the story elements to get there – but the delivery feel flat and the characters, either selfish or ridiculously selfless are too periphery to make us want to believe, to forgive and overlook the many plot holes and instead experience the emotion which is promised, but as with Chizuru’s poor tormentor, remains buried somewhere, long forgotten.