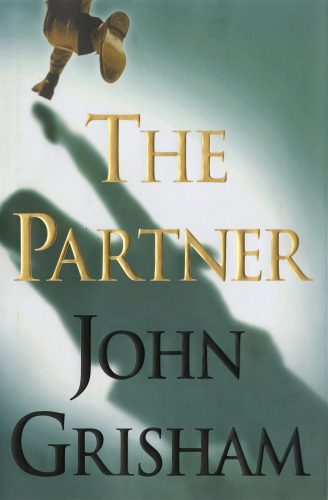 Patrick S. Lanigan was an up-and-coming lawyer with a big firm who had an even bigger case. A case with $90 million dollars in flux. Of course, as the newbie, none of the partners really wanted Patrick close to this case, and the reasons are less about being careful and more about pocketing some of the dough for themselves. So, everything seems all right to them when Patrick is killed in an auto accident. But then the $90 million dollars goes missing and a new man, Danilo Silva, comes on scene, living under the radar in Brazil. The game is on, and the prize is that missing $90 million.

I’ve just recently discovered Grisham, despite seeing an endless parade of his books in stores for years. I wish I’d started reading him sooner. Of course, the formula is similar each time, at least for his legal pieces, but that works. The plot shifts, dodges, highlights under the table deals, navigates legal loopholes, and shows genius criminals conspiring at breakneck pace. It’s all incredibly addicting. If you like your courtroom drama with a tinge of backstabbing where old men in suits in backrooms finally get what’s coming to them, then The Partner is for you.

It starts with a kidnapping. Then torture. Then a comingling of past and present. How did Patrick pull this off, and now that he has been captured and brought back for justice, what is his clever plan? And this woman, waiting in the wings for him, pulling the strings, will she manage to keep pace with the lawyers and criminals and investigators looking for that money?

None of the characters here are especially likable. Patrick is the anti-hero, in his way, but he is also a worm. And that’s where some of the genius comes into play. Patrick is a little too high on himself, a little too enamored with his own dodges and how he has stepped outside of manmade laws to grab his fortune and get the girl too. It’s a coup de grace with a smirk, one that foreshadows a fall.

Grisham gives audiences what they want. We get to see the bad guy win and take over the other, worse guys. We see the everyman take on the big powers, layout years’ worth of schemes and intrigue, and walk away. We get to watch the twists and turns, and, of course, Patrick himself isn’t above some justice, Grisham style. The fact that our hero isn’t our protagonist, isn’t necessarily someone we root for, gives it another level and lets Grisham have room to play with both heads and hearts.

The Partner is one of my favorite legal thrillers so far. It kept me engaged, curious, on my toes, and mesmerized by the heady world of international intrigue. Highly recommended.