Once Upon a Grind 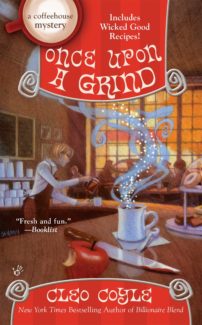 Central Park is abuzz with activity as New York’s first Storybook Kingdom festival thrills children and brings magic themed macchiatos to the tired adults. There are fantastical characters – knights and princes and princesses – everywhere, regaling children with classical stories from all over the world. Clare and her entourage (minus Tuck who is traveling with his contingent of actors), with their still fairly new coffee truck, are decked out in Jack the Bean Stalk ensembles, handing sweets to the children and dishing out coffees to an endless array of fairy-tale actors and smiling parents. Only, a little farther into the woods there is one princess in a bubblegum pink gown who won’t be coming back.

Clare Cosi is trying to keep up with the business and avoid her ex-husband and now business partner and her ex-mother-in-law. Usually Matt and Madam are two of the staples of Clare’s life. Her ex-husband, a great business partner, even a friend, and Madam basically a mother. Today the pair are getting on her nerves though, pushing the themed coffee bean readings and predications of a future Clare wants to avoid thinking about. Her detective boyfriend, Matt Quinn, stationed in Washington DC and trying to get some kind of long term, up-stakes commitment, isn’t helping matters by asking Clare to keep tabs on his own ex-wife and watch over his children during the festival. 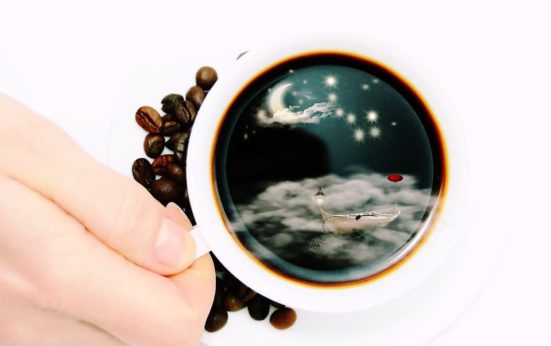 When the children inevitably go missing, along with their dog Lucy, it’s up to a fancifully dressed Clare and Matt to track them down and return them safely. What they encounter, however, is a modern-day retelling of sleeping beauty as a fallen, drugged princess in a dangerous underground society that will stop at nothing to hide its secrets. As Clare follows the clues and tries to find the anecdote for the sleeping, soon to be dead, princess she takes some of Matt’s special magic beans. These rare Ethiopian beans are rumored to bring visions to a special few, and soon Clare’s past bean reading expertise combines with the dark roast to reveal a host of strange, surreal revelations. Are they really revealing the killer though and if so, can she un-puzzle this dark tale before the curtain comes down on another dead body?

Once Upon a Grind is one of the best so far in the Coffeehouse Mysteries. Admittedly, the husband and wife duo known as Cleo Coyle have as yet to give readers a bad mystery. The theme this time though – fairy tales and magic beans – seemed from the beginning a little too kitschy, especially with the supernatural tinge brought on by visions. Coyle pulls it off though and makes this gritty tale one of the best so far, visions, magic beans, and all.

Clare’s personal life has finally come to a point where decisions must be made. We’ve been waiting for several books, through a marriage proposal and a request to move away from New York and all that she has established at The Blend. Through the heartbreak of Esther and Boris, Clare starts to realize that she no longer has the luxury of waiting, and full of some magical beans, she realizes that the future looks dark. 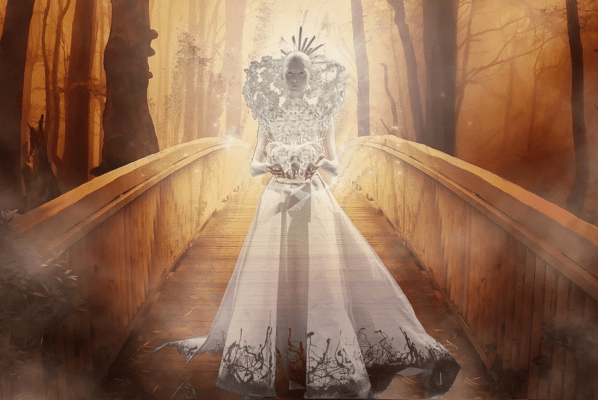 While she works to at first avoid and then puzzle out which of her two loves will have her final devotion – Mike or the Blend – Clare encounters a formidable cast of characters, all of whom could have poisoned the downed princess. This includes Mike’s ex-wife, who belongs to an underground dating club for diplomats and the super wealth, a fancy restaurant owner with more than one broken career in her past, a Wall Street tycoon, a New York Giant, and even her ex-husband Matt. When another princess ends up overdosed by the same rare drug and police hone in on ex-druggie Matt, Clare realizes that she is not only looking for a killer now, but also trying to escape one before the clock runs out and everything turns into a pumpkin. Enter some of the best scenes in the series so far as Clare works with Franco to infiltrate the secret club and gets more than she bargained for, including a liaison with a professional spy.

While the Coffeehouse Series is forever cozy with its depictions of a gritty, yet lovable New York, the mysteries are always well wrought (even if the police are shambling and hopeless) and the solution is never easy. Unlike many cozies, investigation and a jigsaw of clues takes precedence over mood, and so enhances the atmosphere and the true sense of danger. In Coyle’s books, good guys pay the price too and while we’re sure of the key characters’ survival, their ultimate intactness and happiness is never a given and the good guy secondary characters are not so safe.

The ending arrives, just after we have put the clues together with Clare to figure out who the real killer with the complex history and the arsenal of rare poisons is. The problem is that it is far too late to avoid a confrontation and only quick thinking and sacrifice can save the day on this one.

Enjoyable and riveting from the first to the last page, Once Upon a Grind has reminded me all over again why, despite the occasional break, I can never wonder far from this beloved series. While the mystery of the fairytale kingdom gets settled, the conclusion of the book has already set the stakes higher for the next book, encouraging us to move onward as the overall series starts to take a faster pace and give some of those final answers in the Clare/Matt/Mike quandary.