Oldest Living Things in the World, The 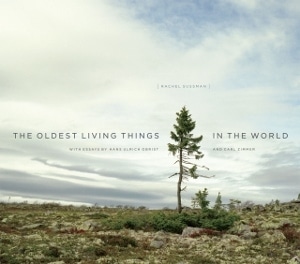 We’re all getting older.  One year at a time.  But some earthlings have been doing it for much longer than others.  Believe it or not, there are some beings on the planet that’ve been growing and surviving for thousands of years.  After spending years scouring the globe for its oldest inhabitants, photographer Rachel Sussman has collected her finds in The Oldest Living Things in the World.  It’s quite an assemblage of ancient wonders, sure to impress even the most cantankerous of geezers.

Seeking to document every lifeform over two thousand years old, the Brooklyn-based Sussman travels to each continent, exploring deserts, forests and seas to visit these marvels of maturity.  From a 13,000 year-old oak tree in California to 5,000 year-old moss on an Antarctic island, she has managed to photograph thirty of the planet’s most remarkable residents.  While trees are well represented, she also includes some other bizarre plants as well as a mushroom, a brain coral (the only animal on the list) and a colony of Siberian bacteria that’s 500,000 years old. 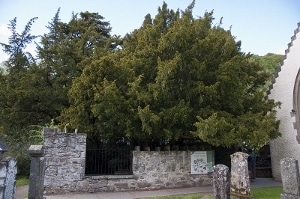 The Fortingall Yew in Scotland is 3,000 years old.

Sussman displays each organism with a handful of often hauntingly beautiful photographs.  She also includes several paragraphs of prose that present some background about each species as well as an account of how she managed to obtain the photographs.  Revealing a self-deprecating wit as well as a passion for her unique subjects, Sussman’s insights and adventures are well worth reading and add much to this wonderfully executed project. 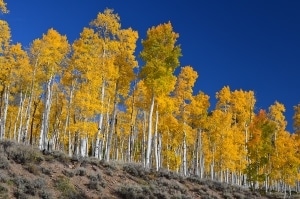 Pando, an 80,000 year-old clonal colony of quaking aspen in Utah.

As you might imagine, some of these trees and other freaks of nature have seen better days.  Whether you’re admiring a 3,000 year-old Scottish yew or a 13,000 year-old Australian eucalyptus, you’re sure to notice an arboreal wrinkle or two.  For this reason, Sussman’s images aren’t always pretty or picturesque, but they do capture something remarkable nonetheless.  Even if it looks a bit scraggly, a lonely pine tree finding a way to survive on a rocky Swedish mountaintop for 10,000 years is bound to cause you to reflect on the transience of your own existence.

How long ago did this thing start growing?  How has it managed to survive this long?  In The Oldest Living Things in the World, Sussman revels in a biological time travel of a sort, visiting both single organisms and vast clonal collectives.  Some are healthy; others are hanging on to life by a tenacious thread; two of them died during the time it took to assemble the book.  From giant sequoia to lowly bacterium, the book is an astonishing exploration of life’s stubbornness and resilience, beautifully displayed.  Highly recommended.

A World in One Cubic Foot   /   Birds of Paradise