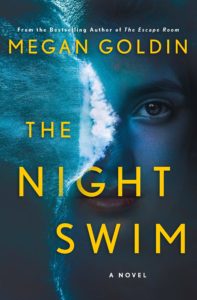 Rachel Krall, successful creator and voice of Guilty or Not Guilty: “the podcast that puts you in the jury box,” is traveling to the small seaside town of Neapolis to sit-in on a rape case. Her first two podcast seasons investigated and solved previous cold-cases.  Rachel knows that she has to give her listeners more of what they want for season three and tackle another sticky case rife with social issues.

Neapolis’ golden boy, a swimmer with Olympic aspirations, has been accused of raping a sixteen year old girl, referred to as the elusive “K.” K is speaking out, and the town is divided. Is their star athlete really a rapist or is K lying? Rachel is determined to probe the case and show her audience just what rape victims have to go through and how the deck is stacked against them long before they enter the courtroom. The riff is very similar to the Stanford case, and Rachel promises us some interesting courtroom procedures while narrating the slimy side of human emotion, popularity, and the vicious world of teenagers.

Little does Rachel suspect that this case is linked to one summer, twenty-five years in the past, when teenager Jenny Stills is said to have drowned after taking a nighttime swim. When Rachel starts to find notes from a disgruntled fan, begging her to research what really happened to Jenny, the two cases start to merge and Rachel becomes obsessed with the past. 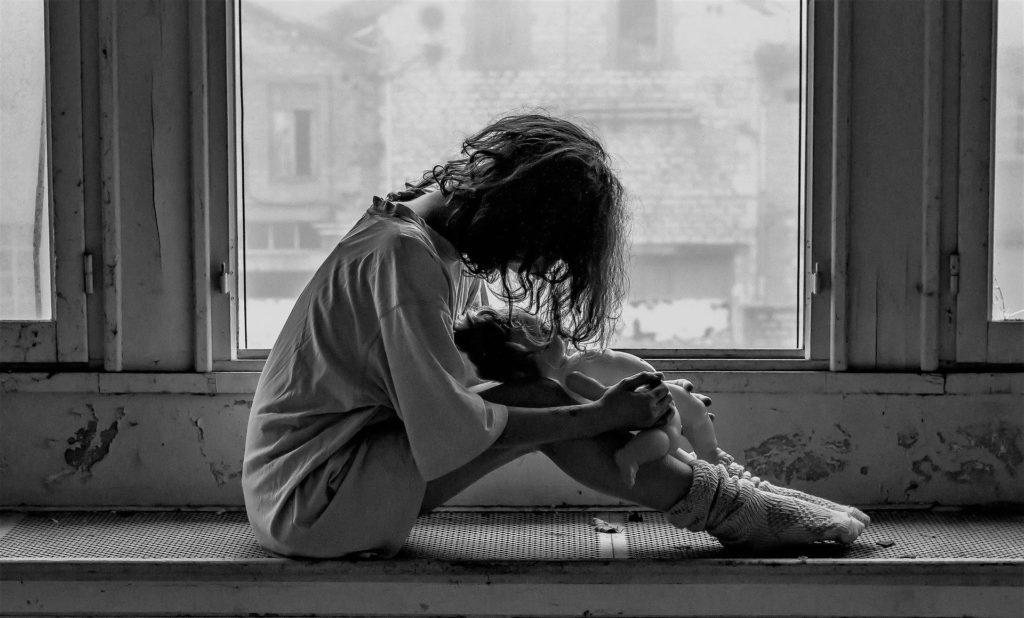 Image by Mandy Fontana from Pixabay

Night Swim has an intriguing and deeply disturbing premise. We have the usual mystery/thriller element of duplicitous motives, set-ups, and the imperfection of the justice system, along with the trauma of a sixteen year old girl trying to stand against the labels and antipathy of a divided town. Rachel’s voice as a podcaster, and her podcast chapters, are instantly immersing, and I found myself wishing that her program was real. I related to the storytelling cadence of her voice especially, which presented the facts in a visual and visceral way. Rachel isn’t just out to answer the question of this one case, but to look at the behind-the-scenes horrors of rape, from the event itself to the cultural negation of a victim’s trauma and the “well, she deserved it” undertone. Rachel appears to be stepping into a mess, and readers have to wonder how her own stance is going to go over in this hot-headed little town.

Soon, however, K’s story is put on the backburner and those courtroom moments we anticipated dwindle. Rachel starts to skip hours in the courtroom – key moments that we want to hear. When she is present in the courtroom, she is mentally elsewhere, checking her phone or wondering about her stalker, the elusive Hannah, who claims to have sent her emails and letters before and won’t take no for an answer this time. Rachel, she insists, is going to open up the case of Jenny, her sister. Jenny didn’t drown, Hannah claims, Jenny was murdered and the town is complicit. 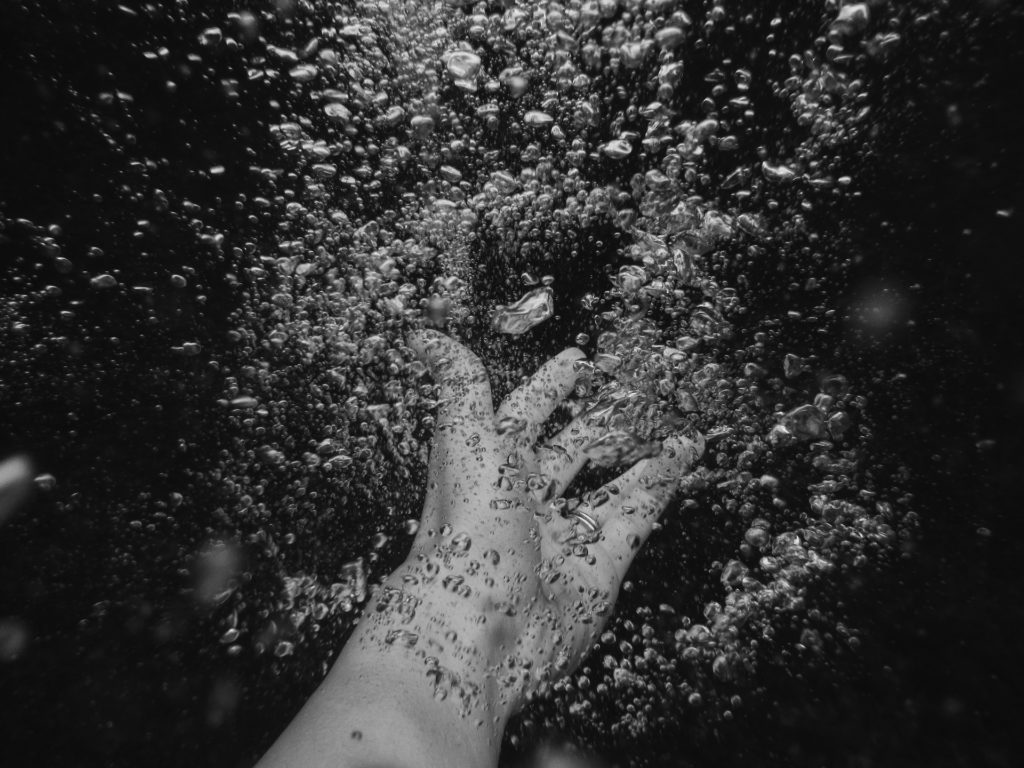 Image by StockSnap from Pixabay

Here’s where the story starts to hurt itself; we’ve become invested in K, and the parallels of her case with that of Jenny’s abuse twenty odd years ago, make an obvious point and a moral about rape-culture . . . but that’s about it. The two narratives could have been tied together much better and more poignantly, whereas Rachel’s actual choice is to mostly drop K’s case. With her turn in interest, the door is slammed just as readers were getting into the courtroom and hearing the story. It has a feeling of incompleteness, and it’s almost like K is being victimize all over again. Sorry kid, something more interesting has come along, but we’ll catch up with you in the epilogue. Just no. Hannah’s story and K’s story are both powerful and with caution could have complimented and built upon one another. Both stories together, alternating, would have made a powerful statement. The choice to drop one and follow the other, however, weakens and cheapens Night Swim.

But on to Jenny’s story. This cold case is intense and emotionally disturbing, but it suffers for the modus operandi of Hannah’s telling. Hannah leaves “quick” notes in various places for Rachel to find, slowly unraveling the story. The problem is that these quick notes, penned on a whim, are pages and pages. Hannah even perfectly remembers dialogue and shares it, and this breaks our belief. How can someone write something so in-depth in a matter of minutes? How does Hannah remember the exact words that were said? The method of telling is immersive and takes us back in time, but it’s also unrealistic and pulls us out of the story. The fact that Rachel goes along – remains unafraid of the woman who is following her absolutely everywhere – and tries to put herself alone and vulnerable multiple times to meet Hannah also comes off poorly. Either Rachel is stupid or she’s a plot device. Jenny’s story is poignant and disturbing, but the telling of it, specifically the mechanics and the logic of how Rachel gets the story, breaks our belief in this world continually and takes us away from both the characters and the issues. 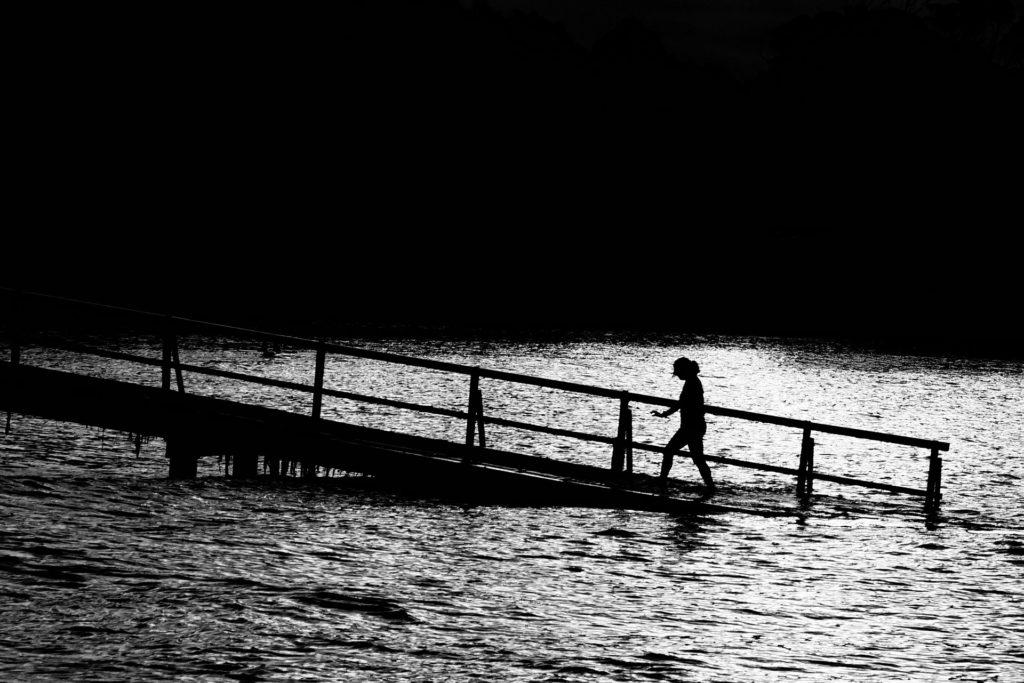 The conclusion furthers the break between reality and the narrative when Hannah finally appears and, without the help she claimed she needed, says she knows who killed Jenny. And like that, the hapless killer appears for a sudden confrontation, spills his guts about everything, and the story ends. We also get a simpering man who was part of the original violence, not from approval or a violent nature, but from fear and general spinelessness. This side-character is supposed to evoke sympathy, but only created further rage in me. K’s story gets pulled into the end with a “what goes around comes around” flavor, but it all happens so quickly it’s hard to keep everything and everyone straight and even understand why Hannah needed and reached out to Rachel in the first place.

These logical narrative flaws are what takes Night Swim from the status of a great book, which it certainly had the potential to be, and instead makes it an ok but flawed story. A lot of thrillers/mystery books tend to fall into this pit, not from lack of a good premise or even a relevant moral theme but from a generally sloppy execution and a wink and nod at plot holes and illogical character actions that will throw the reader out of the narrative. For all that, I had trouble putting Night Swim down and greatly enjoyed it. Thriller and mystery fans will also enjoy it, but it’s a shame to see its potential and message sidelined by its execution.