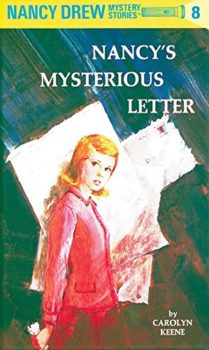 In her eighth adventure, Nancy Drew meets her double, and it all comes about thanks to a cold day, a tired mailman, a theft, and a scam. As usual, Nancy also has several investigations running alongside her progressing romance with Ned Nickerson.

It all starts with Nancy trying to find some stolen mail and quickly evolves into a search for her father’s stolen letter, a search for a strange letter from England for Nancy, the mailman’s ner’do well brother, and Nancy Smith Drew, who is somehow the connecting factor and also in significant danger of marrying the wrong man and losing her surprise inheritance.  There’s danger intermixed with the usual good manners and strong, determined sleuthing for which the Titian haired Nancy and her cohorts are best known. 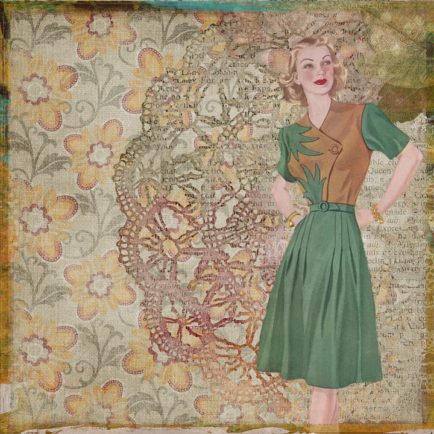 Admittedly though, as I went through the original six Nancy mysteries that I read and nostalgically remember from my childhood and then sought out new territory in a series that holds quite a lot of cozy even for an adult audience, Nancy’s mail mishap remained a distinct least favorite. Part of it is the premise. While we still have some danger (speeding hit and run cars anyone), and even a brief promise of a plane and some international travel, this mystery is a lot more low key than some of Nancy’s previous adventures. Compare looking for missing letters and the inevitable cliché of the double to some of Nancy’s previous adventures: dealing with a fake ghost horse and cowboys while searching for an outlaw’s treasure, infiltrating a cult to discover a counterfeiting ring, and almost getting stranded on a sinking boat by a vengeful actress.  Plus, you say “double” and I say please and roll my eyes.

That’s not to say that the execution isn’t well done, but this particular offering reminds me more of the first book, Secret of the Old Clock, where it’s more about old papers and musty secrets than active sleuthing. Now with Ned in tow, the danger is also quite a lot lower. I prefer the heart pounding risks and active sleuth work of my two (thus far) favorites: The Mystery of Shadow Ranch and The Secret at Red Gate Farm. 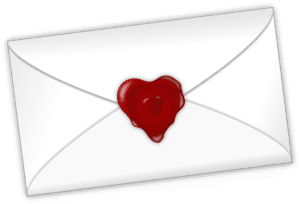 The ending villain confrontation is a bit shortened here too and Nancy Smith Drew, ever elusive, accepts our Nancy’s warning and explanation too quickly. Yes, it’s kid’s lit so jettisoning a fiancé is going to be less fraught. Still, even kids demand a bit of realism and a more rounded conclusion, especially with more villain time. I’m not saying we NEED the evil explain-all-because-you-think-you’re-invincible-speech (just to be captured moments later) . . . but it would be nice.

Of course, it’s a Nancy mystery so it’s still good, enjoyable fun with a clean, simple yet descriptive writing style that will help children discover their first taste of the joy that is an ongoing love of books. It’s just not the best mystery in the series and certainly not a good starting point. Fans of Nancy though need to read this, partly to keep pace with our sleuth, but also to see Nancy’s slow but sure closeness developing with Ned.