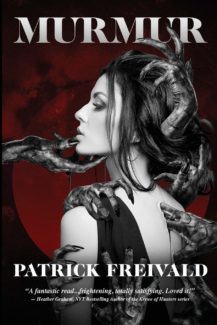 Davis MacArthur can make his violin keen so soulfully that it drowns out the wails of the damned, which is a good thing, because they are incessant. Davis didn’t always see the sinister world behind the sunshine and the rushing evening crowds. The sky wasn’t always filled with demons and putrescence;  the nauseous air of debauchery and torment didn’t always bubble under his feet like an overflowing cesspit. But, he didn’t always tamper with the occult. Until he did . . .

Now as a world-famous violinist, Davis has a secret pocket-demon named Murmur who is bound to him and will someday consume his soul. But, like most deals with the demonic, there are a whole lot of strings. Like the fact that Davis sees the world behind the world all the time, and it is making him insane.

Meanwhile, as he goes through his day steeped in hell, another player comes to the table. Meet the luscious Chantal, a practitioner who far surpasses Davis’ more humble works. Chantal, bound to a powerful demon that terrifies even Murmur, is determined to add to her power. If that means destroying Davis in the process, all the better. 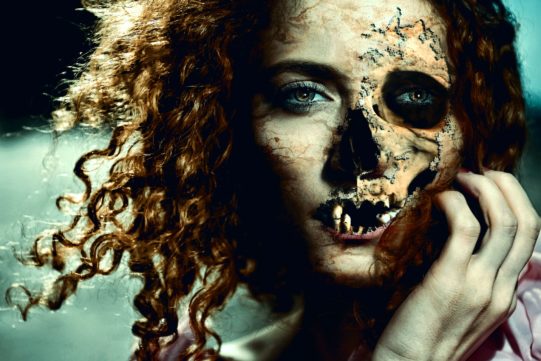 Image by WoodBull from Pixabay

Murmur is a sordid story, suspended somewhere between splatterpunk and erotica with a dash of class (that violin y’all) and some stomach churning mystery. As Chantal begins to follow Davis, those nearest and dearest to him start to show up literarily shredded, leading the police to suspect that the famous (and known to be mentally disturbed) musician is up to no good. Meanwhile, Chantal has her sights set on Davis’ girlfriend, and if he doesn’t hand over his pocket demon and his soul, the woman he loves will be captured in a long lasting plot that goes far beyond torture.

Freivald pulls no punches; you know on the first page, as an Ed Lee-like landscape in all its gruesome complexity is described flowing over the denizens of New York, that this will not be a light horror read. The story starts as it means to go on, a day in the life of a man who sold his soul and now sees with new eyes; as we go on and get more of Davis’ history and his interactions with those around him, we start to wonder. Is Davis insane or is his world the only real one?

Murmur plays with our perception of reality and as the story unrolls and Chantal shakes up Davis’ world, the details about Murmur and Davis’ bond are slowly unveiled against a lavish backdrop that drips New York 1% wealth and gobbets of charred flesh straight from hell. Oh, and in case my review hasn’t quite gotten the point across yet, this little offering is not for the faint of heart or the easily depressed/disturbed.

As the story goes on, playing with reality and the unreliable narrator, the cat-and-mouse game between Davis and Chantal escalates alongside a side game between Davis and the cops who are certain he is a ritualistic serial killer. As options are slowly seized from him, Davis is forced to make a last stand, leading to an ultimately freaky and rapid ending. 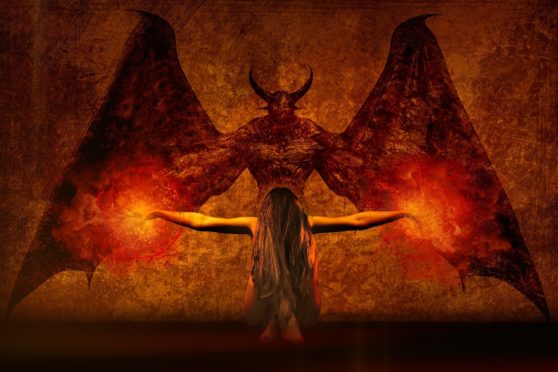 Image by Waldkunst from Pixabay

The story here is rich in characters, violence, and sex. What is odd is that in this world populated by inveterate evil, bubbling and screeching just beneath the surface of the scene, there is no opposing force, although Davis does occasionally mention God. In his desperation to save his own soul and outwit the demons he has toyed with, Davis considers many things, including more occult rituals with potentially horrific effects. But, what is keeping these ravaging demons in check (i.e. why haven’t they just taken the entire world down?) There seems to be a God in this world or at least some opposing force, so why can Davis not leverage that power? Is it because of his prior deal or something else?

Likewise, I wanted more time at the conclusion to fully understand exactly what happened and enjoy the payoff. The story was a rollercoaster, dark and mostly fast-paced with lots of freak out moments, so I wanted to pump the breaks a little and savor the ending instead of it just happening. It was too quick and convenient after such elaborate world building and so many insurmountable odds.

Overall, I really enjoyed Murmur, although it is the kind of visceral horror book that demands an immediate rest after reading (again, think Ed Lee). I’ll definitely return to this author and indulge in further novels . . . but first, something light hearted for awhile!