Murder Gets a Makeover 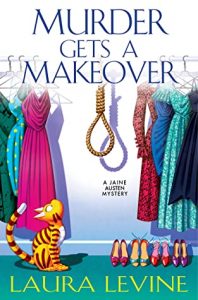 Jaine and the World of Fashion

Jaine is not much of a fashionista, but when a free chance to get styled by the famous Bebe Braddock comes along, Jaine gives in. What can go wrong? Well, as it turns out, Bebe is a beast, and when she ends up strangled by a wire hanger, the police’s suspicion hones in on Jaine. After all, she did find the body. Her prints are on the weapon. And who better to knock off the mean stylist than the very woman whom she humiliated day after day?

Desperate to clear her name (and get back her old clothes) Jaine decides to find the real killer. But, as it turns out, everyone had a reason to kill Bebe, from her beleaguered husband to her employees to her clients. Even the man who sold her shoes at Neimans is a potential suspect. With all these could-be killers, how can Jaine ever find the truth?

Meanwhile, not everything is bleak in sunny California. Jaine has found a new lo 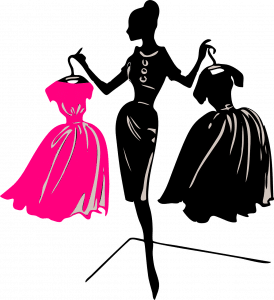 ve interest. True, he is a much younger man, but love knows no age, right? Right?

Murder Gets a Makeover is a constant stream of the absurd, hilarious, and unexpected. This is the 20th book in a long running series, so by now we all know the drill and know what to expect. A smattering of killings and hijacks, chunky monkey and elastic waist pants, a side story with Jaine’s inimitable father, and some shenanigans from Prozac, her kitty. Lately, Jaine’s even been having quite a few love interests, with numerous chances for everything to go wrong.

Nothing is especially new here. A lot of the same jokes and formulas are used again, and they are still chuckle worthy. Murder Gets a Makeover isn’t my favorite in the series (a lot of ideas do get reused and the side stories are a bit overdone), but it is still a solid installment in the misadventures of one freelance writer. The pages turn easily, the wittiness is appealing, and Levine keeps readers engaged and amused from the first page onwards.

This time, I was actually able to pinpoint the killer early (it is very obvious), but that didn’t make it any less fun to follow Jaine through near disaster and some jello wrestling. I can’t wait for the next in the series!