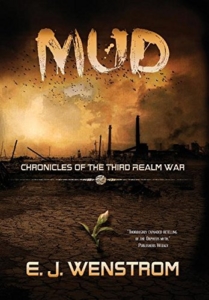 Cursed with soulless eternal life in a dystopian wasteland of a world, Adem lives in the shadows, tormented by his secret, inexplicable burden. Created by the most powerful of magic, Adem is a golem who not only looks perfectly human but emotionally (dare I even say ethically and spiritually) is human. His greatest cross to bear, however, is the fact that he must kill, wantonly, brutally, without any control over his body to protect the one thing this ancient formless magic binds him to: a strange little box. Throughout the centuries hunters have come for it and Adem has warned, pleaded, begged, but they all tried to touch it, they all set off the terrible chain-reaction of violence he could not forbear. And now all those dead haunted eyes and the unknown contents of the box wear on our lonesome figure. If only Adem could truly be human, could have a soul, and could live and mercifully die. At the very least, if he could just have some answers: who created him and why? What is in the box that is worth more than all of these lives? Why do the hunters always find him and why do they persist?

Adem’s chance at mortality and the end of his loneliness is promised through the arrival of a beautiful, dark winged angel. Kythiel promises a soul and much more if the golem can do the impossible: risk everything, including the possibility of another war between the negligent gods and their creations to fight through the underworld and retrieve the lost soul of the angel’s true love. With nothing left to loose and lifetime upon lifetime of isolation and death ahead of him, Adem accepts the challenge. Only, there is one complication – while escaping the city his troublesome conscience encourages him to help a desperate woman and the child with her. He’s watched both of them from the gloom of his abandoned tower for so long that the pull of a personal attachment necessitates intercession. And now… now this dangerous magical creature with his unearthly burden must make a journey with a child – and what if he should kill him as well? Torn between fear and desire, morality and escape, Adem voyages into an abyss searching for redemption and it looks like making amends is going to cost him absolutely everything he ever wanted.

Breathless and intense, this high fantasy/dystopian story is a unique take on the sympathetic monster tale (such as Frankenstein and the plethora of regretful werewolf novels). Adem, as he is reminded, is nothing but mud after all, cobbled together by strong magic and supposedly controlled by some entity or person long gone. Yet, he is the most human (and sympathetic) character I have encountered in a long time. Adem’s situation is fantastical, yet his heart and emotions bring reality to every event, every complication, every quandary, and all of the continual danger. He’s been abandoned and alone since whatever events lead to his own inception (an event so far back in time he cannot recall it) yet he is not crazy from isolation, merely starved for interaction and acutely aware of what is right and wrong. His ability to care for others more than himself of course wars with his ultimate desire to shift from golem to mere man. Despite his alleged nature, it’s as though he already has a soul – one far better than most.

The details of Adem’s realm and its history are complicated with gods and angels, wars in heaven and rebellions. There’s a basic Biblical feel to it, yet the history and backdrop is distinctly its own. In this first chronicle of the Third Realm War, we are told just enough to whet our appetites, understand the first stage and the consequences of a journey into the Underworld, and become exceedingly curious (alongside Adem) about all of the things we don’t know – those little essentials the gods (or their minions) have hidden or corrupted in the sparse annals of history.

The Underworld itself, complete with an Orpheus like twist and even a mystical boatman and Styx-like river was one of my favorite portions of the tale. Transforming itself to lure souls and trap them with temptations, Adem must make his way through an ever shifting and deceptive plane, along with an unexpected ghost companion, to find the veritable needle in a haystack. As his search progresses, he runs into the souls of those he has killed and witnesses the rotting torment of the dead and what becomes of their glassy eyed spirits. Breaking through a realm meant only to be entered by the dead, Adem will encounter demons and monsters before his journey is up and here, where all the rules are different, his fast healing magic body will fail him and, for the first time, he’ll learn what pain is.

As the story progresses readers’ scooch closer and closer to the edge of their chairs, allowing the tension and the revelations to engulf our collective imaginations. Twisting and turning, Mud won’t let itself be defined or outsmarted and in the conclusion we have both satisfaction and frustration: understanding more and wanting to take that understanding to the next level. This would be a problem if Mud wasn’t the obvious beginning to a series (the second destined to come out sometime this year). Since it’s a series . . . well, that’s just about the most perfection you could ask for: a transition which keeps you engaged in the story without saying “wait, why did I read this if you’re not going to finish it now.”

So, I’m hopelessly addicted and my imagination, often disappointed in fantasy lately, has been rejuvenated and longs to return to this disheveled, weak, hopelessly hopeful world and battle it out with the angels and the distanced gods. Highly recommended.