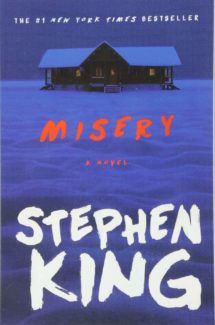 An Intense Blend of Isolation and Insanity

Paul Sheldon is a popular hack novelist with a long string of trashy romances under his belt and a disproportionate disappointment in his own profitable sell-out. All that is about to change with the penning of his gritty new novel, Fast Cars. A celebratory drink (or five), a curvy mountain road in a sporty car, and a pending snowstorm are about to rewrite both his celebration and his priorities.

Annie Wilkes, Paul’s little known number one fan, has her own set of issues, but when she find 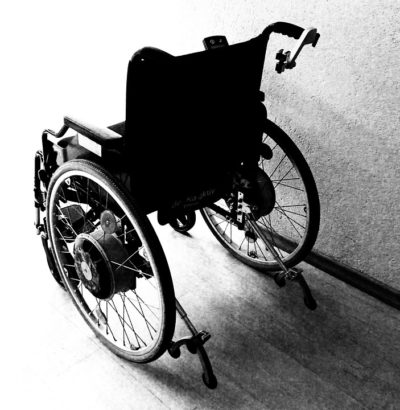 s a blasted car skidded off the side of the road and realizes the bloody hump of meat inside is her favorite author, her scheming goes into overdrive.

When Paul wakes up in an isolated farm house, trapped by weather and his psychotic fan, he must resurrect Misery, his most hated romantic character, or face the wrath of his new care taker. And if he doesn’t – well, you don’t want Annie mad. She may just bring out the syringe, or the hammer, or the rats . . .

In a rare Stephen King twist, the supernatural takes a back seat to a far more insidious horror – that of a mentally deranged person, half psychopath, half psychotic and what we do to stay alive, how we cut out our humanity bit by bit to serve a broken body and a lagging sense of hope. Misery is one of King’s more subtle books. The scenery doesn’t change much. We mainly sit with Paul in his bleak little bedroom in this middle-of-nowhere farmhouse and watch him stare at walls and escape into the authoring of a book he hates.  The horror is contained in the cylinder of a normal bedroom as Annie brings the typewriter and her various different means of torture, as Paul watches her cycle in and out of depressive, dangerous states as the police come and go, as Annie’s bloody history slowly reveals itself.

Annie herself is one of King’s most memorable villains, perhaps for her ordinary horror; we know others like Annie must be out there, hiding in their self-contained dens, licking wounds and steadily becoming more insane, more obsessive. Annie in a way even evokes some sympathy. Something is pathetic and sad in the way that her own brain has let her down, in the turnings of her sorrow and rage. Yet she is far more hateful than empathetic, with her narcissism and lies, not to mention her past and the things she forces Paul to undergo. 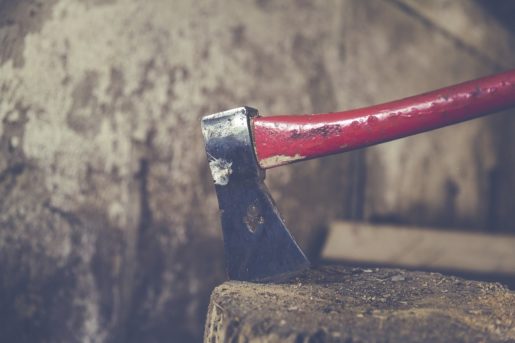 Paul also becomes close to us, although his days of celebratory bar hopping and one night stands, the glitzy artist with his oddly lonely, overwhelmingly social life, have faded into the abandonment of twisted legs and limited mobility. We see Paul not as a person, but as a trapped animal with all the cunning of a maimed rat gnawing its own leg off to escape. And so we don’t know Paul’s personality as much as his agony and fear, his sudden forced cleverness, his imagined vengeance.

The novel turns on all these subtle pivots until King creates one of his personal best masterpieces, a dark testament to an all too real monster. The language is beautiful in its ugly descriptions of the primal baseness of fear and desperation, the imagery of pain receding like a long forgotten ocean dream rising and falling among old pilings. As usual, we are in and a part of the story, breathless and enthralled until the last, shattering moment. And, as usual, pages closed and books finished, we cannot let go of this farmhouse, that dark den with all its door locks and spoiled food, this story that is now embedded in our memories and emotions.