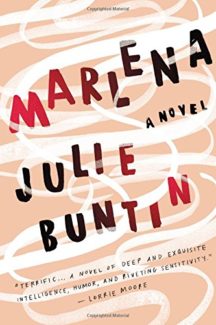 The Beauty of Youthful Destruction

Somewhere caught between hope and the tantalizing promises of destruction, two broken teenage girls meet and fall into a friendship cast between idolism and subconscious jealousy. Cat is the new girl in a bankrupt and dreary Michigan town where the slush of dirty snow and toxin thick rain sloughs the dismal days into one long pointless stream. Cat is here with her newly divorced and already alcoholic mother, her brother, and the ghost like memories of an absentee father off living with his young new wife.  Being the good student, the good daughter, the quiet one, has not saved her from the friction of a shattered family and from the excesses of her slowly degenerating mother. Her brother, with his all night beer drinking, is not far behind and falling between anger and the odd appeal of letting go and going down, Cat contemplates a new sort of existence when she meets Marlena. Beautiful, ethereal, and ringed with the aroma of danger, drugs, and I-do-what-I-want nonchalance, the elder and far less naïve girl is the siren to Cat’s newly emerging sense of rebellion.

Only, as the relationship grows, it’s evident that Cat, for all the hardships she has suffered, truly knows nothing of a difficult life. Perhaps her idealization for Marlena is born from the need to connect, from the anger of divorce and abandonment, from the teenage adoration of tragedy as a stand in for confusion and all those tumbling situations that have no answers. Cat is unlucky. Marlena is down and on her way out. So where will this fierce friendship end and will the person you expect to identify with really be the privileged girl playing with fate, or the other, darker figure? In the conclusion, is the bad influence so obvious, so completely and utterly corrupted? Is the innocent follower truly so pure, so unknowing?

Julie Buntin manages within a few words to evoke the firey fatalism of youth and the dreary backdrop of so many nowhere towns. Marlena is not the normal novel fare that I find tempting. Stories of teens and stories of drugs are low on my list – labeled mostly too uninteresting or too sad/silly without consequence, to usually draw me in. I came to this novel through the act of fate (eyes closed, random grab from a towering pile of Book of the Month recommends.) I only owned Marlena because of borderline obsession with owning all BoTM recommends. Because, ultimately, you can’t judge a book by its cover or its subject.

I knew early that this was a novel that would deeply effect my perception, a To Kill a Mocking Bird like gut-punch that was going to ghost around in my head, sending chilling screams as life touches and intercedes and reminds me of everything that happened here to these characters who may indeed be fictional, yet still truly live. It’s mostly the magic of the writing and the subtly of Buntin’s ability to touch and introspect

on those ephemeral below-the-surface, often unconscious motives and emotions, especially as they are complicated by the high angst of entering an 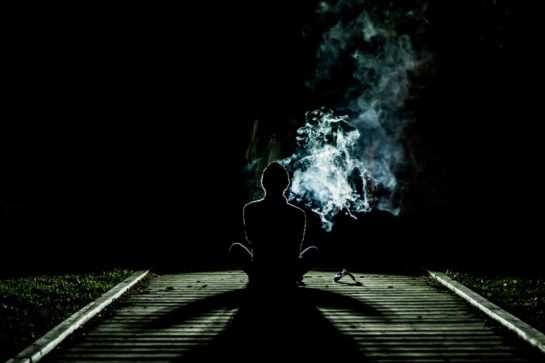 adult world, unready and unwatched. Both the selfishness, and the dramatic attachments that can never last, speak to readers of our own pasts, both those who betrayed our zealous trust and those whom we betrayed: the particular bonds of young girls with all the heartbreak that it involves, the double edged sword of worship and the hidden longing to see the idol fall so that, somehow, you might be closer to the pedestal where it stood yourself.

Along with the regular torments unprotected and emotional youth, however, Marlena also explores the topics of poverty and abuse. We see the privileged forced to slum as it were and experience their own fall from grace only to see that this situation is where many have always lived. Poor environs with rotting schools and sheds full of meth, beautiful girls with broaches filled with oxy, dull lives eroded by parental abuse that leads to substance abuse that leads to a whole host of degradations tied, inexplicably, into someone who still shines as lovely and hopeful  by the benefit of their broken newness in the world. Somehow, Buntin captures all of this in an inexorable devolution that is just as addicting as it is ultimately filled with pathos. The conclusion is expected yet powerful, unforgettable. Indeed, we know early on as a nostalgic older Cat relates the awful ending where it’s all going to end.

Marlena is a survivor’s story attempting to make sense out of the senseless and find self-forgiveness in a world populated by ghosts and what might have been. Akin to the movie Winters Bone, Marlena is a look at the brief burning beauty of escapism through total destruction – a poignant warning and an echo of sadness that pulls everyone left behind into a somber spell. There but for the grace of God . . .