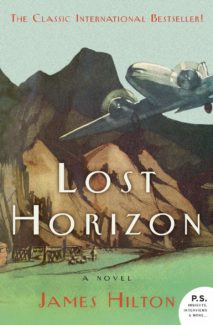 It’s 1931. The situation in Baskul, China has deteriorated into all out warfare. A group of four, including the famous World War I hero and current diplomat Hugh Conway, must hastily board a tiny, single engine aircraft to be flown to the relative peacefulness of Peshawar. When their pilot gets jumped at the last minute and a new man with a gun takes over the plane, however, a very different journey unfolds. Flying at dangerous altitudes into the serene but remote Himalayan Mountains, making a mysterious stop for an armed refuel, and then crash landing 28,000 feet on the Karakul Mountain leaves the group stranded, freezing, and sure to die until a contingent of men, led by the Chinese Lama Chang, appear and usher them to the isolated lamasery of Shangri-La.

Shangri-La has every conceivable comfort: books and music to sooth the soul. The latest in modern plumbing and conveniences. The best food. It’s almost too good to be true. Where do these isolated monks get the money for these luxuries, and how do they get the giant bathtubs up a steep mountain that must be ascended single-file using ropes? Chang is ever so polite, but all their questions go unanswered. Oh – and they cannot leave.

Lost Horizon unfolds slowly as the High Lama reaches out to Hugh and the rest of the group explores the lamasery, looking for an escape. The problem? Each of the four characters remains constrained by our initial impressions of them, never growing beyond their one-dimensional set-up. Most of them aren’t likable. 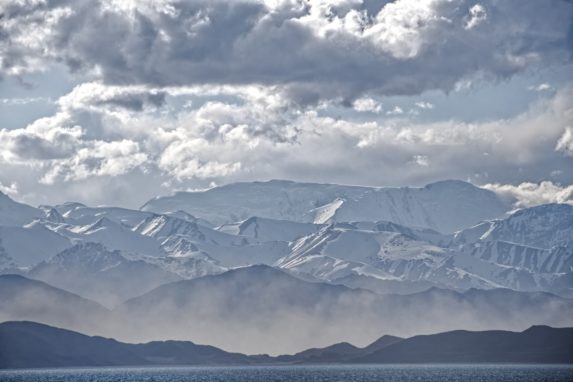 The Karakul Mountains in Tajikistan
Image by Makalu from Pixabay

Hugh’s adventurous life has left him burned out and seeking peace, meaning that his ability to feel and share emotion is limited. He mostly falls into the role of a narrator and impartial observer, giving us an ear to the High Lama’s story and letting us watch fly-on-the-wall style as everything devolves. He doesn’t really offer any feelings other than a tired desire to join Shangri-La, and he only barely conjures sympathy for his fellow captives

Meanwhile, Hugh’s vice-consul, the hot-tempered and haughty Charles Mallinson, is eager to leave. With all these goods coming into Shangri-La, why can’t those same curriers lead the rag-tag group down the mountain and back to civilization? Charles is also coming to terms with the fact that his idol, Hugh, isn’t the swashbuckling hero anymore, and he expresses his disdain with irritating outbursts that derail the scenes and set the reader’s teeth on edge. Despite the drama of the situation, these outbursts seem too hysterical and unreal, overacted and belligerent.

Then, there is the officious missionary, Roberta Brinklow, who instills a very strong desire in the reader to slap her through the pages. She is insultingly presented as the usual missionary stereotype, officious and judgmental, with cringe-worthy tirades and a grinding fake voice in the Audible edition that makes her even more repugnant and unnecessary to the story. She wants to convert the lamas and the denizens of the Blue Moon Valley from a strange religion which is pseudo-Buddhist, pseudo-Christian, and pseudo-mystical. The story never really picks up with this later though, and Brinklow is mostly an irritating side character.

Finally, there is the American in the group, the jocular Henry Barnard, who is enjoying his exile from society. Barnard is the only one of the group who is actually interesting. The side-story about his shady past brings a rare moment of real drama to the story, and his attitude makes him a likable, if harmless, villain.

As the story gains steam, it because a philosophical look at a specific kind of utopia: one of doing everything moderately. One of Shangri-La’s many secrets is a strange sort of nihilism, wrapped in the peaceful but ultimately dull idea of a sedate life of doing very little, very slowly, and always (keyword) in moderation. To truly evolve here, you must shuck off the former cares of life: friends, family, passions, hobbies. The monks are “moderately heretical” and the little town in the valley has women “who are moderately chaste” as well as other entertainments that can help new interns to the lamasery deal with their former longings until they evolve beyond needing them. This leads to some benefits that are more than mystical, but it has a dark side too. Hugh and his interactions with the High Lama slowly unveil the entire story and the meaning behind the group’s skyjacking as well as the purpose and future of Shangri-La, all of which, unrealistically, relies on Hugh. 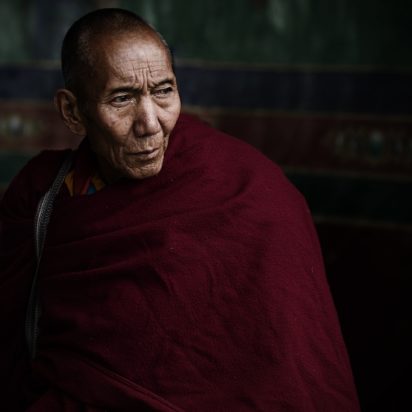 Image by smokefish from Pixabay

While all of these thoughts are interesting, if a bit jumbled, a culture of slow-and-steady moderation, alongside the preferred state of being beyond emotions (likes, dislikes, and what have you) makes for a pretty dull read. Shangri-La doesn’t have a lot going on, and while it may be Hugh’s ideal utopia, it makes for difficult pacing. Likewise, the stereotyped and flat characters make it difficult to care, and their acts of superiority and blatant disregard for the Chinese/Tibetans (which at best evolves into a weird romanticizing ala the noble savage motif) leaves readers even further off-put. The fact that everything relies on Hugh, a relative newcomer to this world, and that the High Lama freely gives all his secrets to this stranger further divorces readers from the story.

Finally, after the philosophy is unveiled, the time for action and decision comes. It leads to an interesting although incomplete conclusion. Overall, Lost Horizon has a good premise, with some stimulating themes, but it never captivated me as it has some audiences. My parents have read, and re-read, and re-read again the story, having fallen in love with it. I found it only ok (2.5 stars). There is promise, bits and pieces are intriguing, and the magic does peak through here and there but the tale is mostly a mental exercise, the philosophy not all that appealing once you strip it back to its nihilistic roots and the characters flat and mostly hateful.