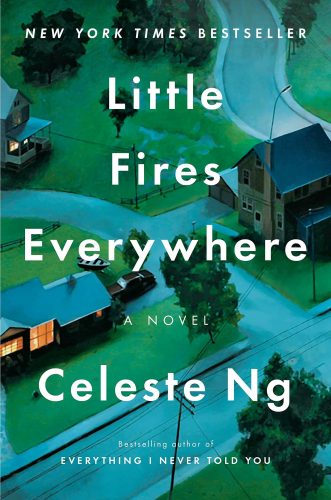 Everyone lies. Sometimes, the lies burn everything down.

In the quite suburb of Shaker Heights, a place of copycat houses, strict rules, and well off families looking for regulated lives, class warfare is about to explode. The Richardson’s are your typical, well-off suburban family. The mom is a semi-successful reporter who is comfortable, even if she is certainly not living the rebellious dreams of her youth. The dad is a doctor. The teenage kids are all normal – well, except boot wearing, convention defying, semi-crazy Izzy that is. But, every family has to have a black sheep, right?

When the Richardsons let their rental house to a struggling single parent artist and her daughter Pearl, life starts to get messy. It gets even messier when Mia, the artist, starts to work as a maid for Mrs. Richardson while her daughter becomes close friends with the Richardson children. To Pearl, this is a new chance to see another side of living. One that isn’t so bare bones, so nomadic. One where families have a mother and father, nice things, and stay in one place. For the Richardson children, this is a fun opportunity to learn about art and rebellion, to play act being a part of another world. To the two mothers, however, this is an uncomfortable disaster waiting to happen, a bit of charity gone bad, a shared experience with secret barbs and life altering consequences.

When the Richardson’s friends attempt to adopt a Chinese American baby after years of miscarriages and infertility, everyone is happy for them. Except Mia. Mia knows the mother and she has an agenda. Soon all of Shaker Heights is divided over the issue. Should the baby remain with the doting adoptive parents in their big house with their money and prestige or should the baby return to the poor, sometimes unstable birthmother who can raise her in the Chinese culture? As Mia and Mrs. Richardson face off over the issue, Mia’s own past starts to bubble to the surface, and it is not pretty. But wait until the children get involved. Wait until their own secrets – their loves and hates – come to the forefront of this little suburban battle.

Little Fires Everywhere is my first Celeste Ng book, and it has been sitting on my shelf forever. It is one of those books that you hear about constantly, one that you tuck aside with the “I want to see what all the fuss is about” idea in the back of your mind and then forget. As such, the story had a lot to live up to when I did finally pick it up, and I was both satisfied and a little underwhelmed.

Little Fires Everywhere is not the bombshell all the hype makes you expect. Instead, it’s a quieter, subtler tale. Now don’t get me wrong, there is certainly something scandalous lurking under the surface, something that made me side against Mia (which I suspect was not what the author wanted). What is intriguing here is the way that the everyday is evoked, especially the way the kids (or I guess I should say teens) interact that captures the uncomfortable nature of privilege alongside poverty. There is the curiosity, the unmeant insensitivities, the longing for connection, and even the ultimate cruelty of growing up, all against a background of discovering that the way you live is not necessarily the norm for anyone else. 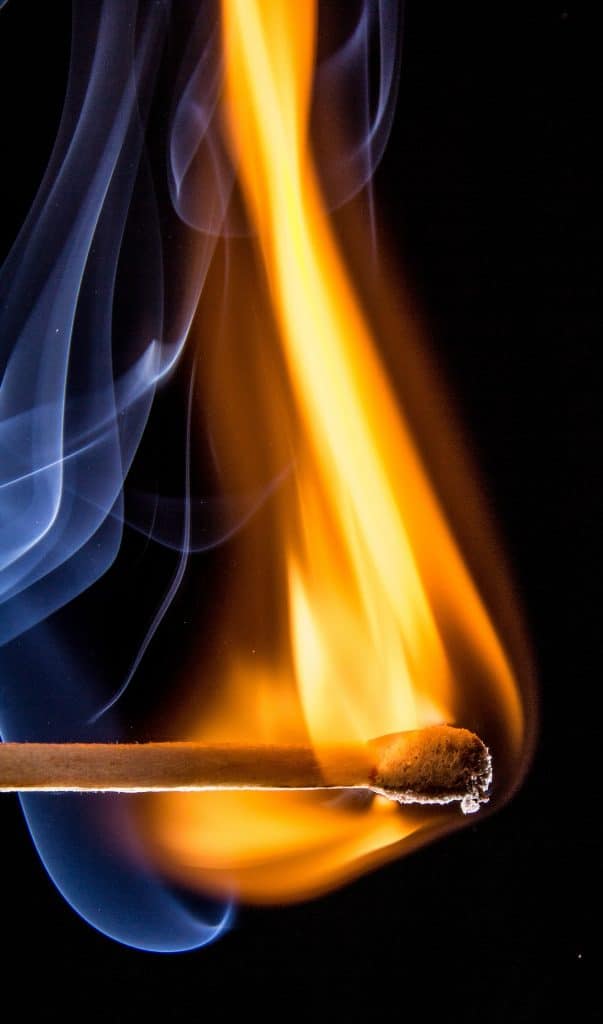 Image by roegger from Pixabay

Meanwhile, the baby custody battle is especially engaging. I would have liked more of that, and I appreciated the way that Ng represented both sides fairly and with compassion. Someone is going to get hurt over the love of this child, and it is an intensely compelling moral quandary that really deserved a lot more page space than Mia and her secret past and Pearl’s developing relationship with the cute rich kid.

The story is slow, more about atmosphere and interaction than speed and twists. Of course, it does start with a fire and a couple fleeing into the night, with us reading to try to figure out how everything went so bad, but this is more a slice-of-life / coming-of-age novel against a backdrop of adults looking back at their dreams and ambitions only to realize that they did not grow up into what they had hoped or wanted. It’s also about teens coming to an awareness of the unfairness of life and the big moral questions out there – like who deserves to be a mother and why.

The conclusion is fairly satisfying, once we get a reveal of Mia’s secret, but it is not all together complete. The forgiveness is too effortless, too quick, and I thought that Mia’s scandal deserved far more repercussions than those invoked. After all, what she does is truly horrifying and honestly doesn’t make a whole lot of sense, backed as she was by the doting professor couple who befriended her. Some of the focus of Little Fires Everywhere it is a question of pride, of autonomy, but a lot of it talks about motherhood and what you owe to both your child and yourself. There are no real answers here. Again, it’s a slice of someone’s life, with more questions than formal exploration. It leaves itself open for readers to question and wonder. I personally did not side as I could tell the author wanted me too – with Izzy and Mia, both of whom seemed more flawed to me than the ho-hum suburbanites who were ultimately harmless albeit nearly hopelessly unaware.

All in all, Little Fires Everywhere was an interesting story. It’s certainly not a favorite, and probably not anywhere near worthy of all that hype, but it does pose some interesting conundrums and at least it is honest in not answering them. After all, there is no simple answer for many of the problems raised or for the disastrous decisions of unhappy characters trapped in lives that are outwardly wonderful. There is nothing new here, but the story is still engaging if not electric. It is worth a read for fans of modern fiction with a focus on social issues.