Lines Between Us, The 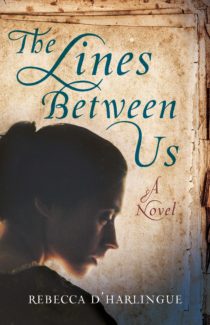 It’s 1661 in Madrid; the Spanish Inquisition is going strong, and a good woman does not travel alone, much less a sixteen year old girl. But Juliana, if she wants to survive, has to escape her father’s wrath and find a new place for herself. Alone.

Jump forward in time to 1992, where a packet of letters and an old diary open up a new understanding to Rachel, a grieving daughter who is still trying to understand her own mother’s secrets and the lines that have separated them. As she reads, she becomes swept up into a generation’s old story that starts with Juliana’s coming to America and the history of resentment between mothers and daughters, between women and society, between dreams and desperation. Who we want to be and who we become is tangled in the stories of family and the lies we tell ourselves to survive.

The Lines Between Us is brutal story in a LOT of ways, with some harsh content (for example: rape, murder, and exile). The story twists and turns through the lives of the two main women who populate it: one seeding secrets, the other carefully picking them out of history. Of the two stories, Juliana is the stronger protagonist. Wiley and yet innocent, her transformation from a starry eyed girl studying plays to a woman on the run, willing to do anything to keep her child near her, is authentic, visceral and realistic in a tear jerking way. We cannot look aside. Juliana’s desperation and her attempt to overcome, combined with all the things she must give up along the way, formulate a powerful story about love, survival, and motherhood.

Meanwhile, Rachel’s side of the story is less appealing. Contrasted with Juliana’s literal earth-shattering decisions, Rachel’s grief seems indulgent, her strained relationship with her mother inconsequential. Where Juliana is strong, Rachel is spoiled, brattish. But she is our conduit to Juliana’s soul and for that, we need her.

As the two stories come together, the gulf deepens. Juliana remains true to her time, to the complexity and intricacy of sacrifices, to the never ending questions, the doubts and the desires. But everything comes too easily for Rachel, who unravels centuries of secrecy with little effort and no real thought. 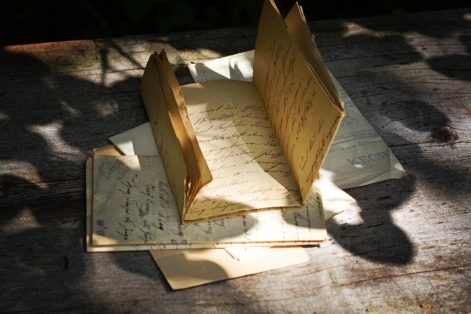 Image by Pezibear from Pixabay

That gets to the book’s one moment of weakness – the line that keeps Juliana’s secret fresh is twisted by her own daughter, and at this point it loses believability. What the generations follow – what they do and feel must be done – would not have lasted so long, nor, I feel leave such a mark on participants so far away from the original vow that sparked a lineage of secrecy. It’s an unnecessary complication, an addition that’s a little too fantastical for a story that stays mostly true to the grittiness of real life and the aftermath of rape.

That set aside though, Juliana is so compelling, her world so lush and emotive, that I couldn’t put the story down. Its historical setting, foreign as it was to my own daily experiences, at once captivated, painting a portrait of a world that while civilized on its surface is primitive – vicious to everyone who falls afoul of the rules, whether by choice or horrific circumstance. Juliana’s story is captivating and painful, beautiful and poignant and despite the add-on of Rachel stays strong and heartbreaking from beginning to end. A story of women, mothers and daughters, grief, and the through line of family, The Lines Between Us is a generational epic with an unforgettable character and an excruciating sacrifice.