Lies We Believe About God 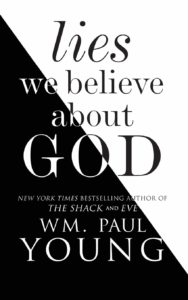 William Paul Young, author of The Shack, has long invited controversy. His view of God in The Shack has, in nearly equal portion, compelled and distanced readers. Papa – a loving, all inclusive, female version of God is far softer and more lenient than the Old Testament figure that perplexed many of us in youth, and Young’s view of an earthy, easy going trinity shocked many of us out of our hell-fire-and-brimstone inspired way of following rules without realizing and reacting to the infinite love and intent behind them. For me, The Shack encouraged thought and spirituality beyond the mere following of rules and advocated what I think many of us plainly miss: the main point, that is: love God, accept His love, and attempt in the manner we are able to return and reflect it. It was then, after such a soul changing revelation, that I approached Young’s nonfiction, straightforward introspection on God with excitement and then epic disappointment.

Young’s strong concentration on the character of God, the divine person behind the seemingly black-and-white rules, starts strong (albeit a bit off-beat) but soon goes into a watered-down “anything goes” version that, at times, borders on pure heresy. It’s hard to watch an idol fall, and fans of Young’s work will find Lies We Believe About God at first a strong “out of the left field” look at God and what we, as a culture, hold sacred and later a train of blasphemy when Young himself, who cannot fully understand, turns to condemnation and human interpretation rather than faith.

The table of contents gives a good view of where Young wants to spend his time and the fallacies, some of which are new and some of which are ground into culture, if not purely articled, he attempts to explore. It roles like this:

Some of the topics, as seen above, are needed introspections on the nature of God. For example, the chapter on God and child sacrifice, as evidenced through the less than pleasant chapter on Isaac, showcase that unlike the other “gods” of the time, God did not demand the purgation of all that was held dear and all hopes for the future. He asked only for love. Other chapters, such as the desire to characterize God as a “he” showcase that our understanding is limited, and the nature of God is prevalent in a combination between masculine and feminine, a perfect union between the two. Likewise, Young notes that our hobbies and truest desires are the perfect place to reflect God to those around us, are indeed joys he has granted us and shares with us. These are chapters that resonate with an unabashed understanding devoid of the present culture and even the culture of the time; these chapters go straight to the heart of what God intends. Yet, other chapters soon eclipse the victory, namely Young’s understanding of sin, our separation from God, and the reality of Hell. 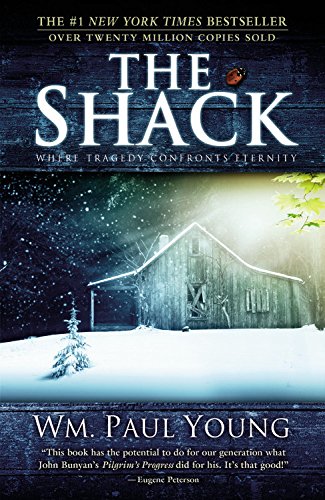 Young is essentially a universalist. Universalists believe that no matter what belief, no matter what intent or state of heart, everyone is destined for Heaven. I admit, I like this idea on the surface, and a great part of me wishes it were true. Yet, the majority of the Bible does not support it. Both Jesus and the Old Testament are specific that the gift of salvation is available to all, but they must first accept it. If you reject a gift that is given, you are not forced to take that gift anyway. Thus, is salvation. God, ultimately, chooses to honor the choice He has given you, instead of treating us like robots or worse, slaves. Young, however, essentially calls any conception and interpretation of God’s salvation as otherwise than universal the adherence and love of an lovable, monstrous God. Of course, Young backs this up with a few (very few) assorted verses, cherry-picked out of context, and goes on to credit himself with a surpassing wisdom, telling a story of his atheist friend who is surprised that Young does not only refrain from judging him, but endorses his works and notes, nonchalantly, that it doesn’t matter what he believes. Apparently, whether you want it or not, Young’s God is in the habit of forcing himself. This grants hope on the surface, it plays off of our “what if the poor guy in the Congo in 1705 died never hearing of God” scenario, but it completely disembowels free will and leaves us wondering what all that talk of consequences in the Bible was about and why take the hard road – love your neighbor? – when you can essentially do anything anyway and still ostensibly get away with it. It also paints God as a moral monster, our wills inconsequential since He evidentially will get what He wants regardless of what we want – free will the ultimate joke. What seems on the surface like a nice God quickly turns into one with no justice and no concept of morality, and that is both terrifying and unfounded.

This is hardly the most adventurous claim of Young’s. After all, it’s one we have all heard and one that on the surface has an awfully nice ring, until you start digging into what it means. The other claims become more monstrous though, less well intentioned, more resonate of something bordering heresy. For example, Young claims that Jesus death on the cross was not necessary, but a human demand of God that He, being apparently very weak willed, acquiesced to. This sweeps aside all the endless prophesies in the Old Testament and the good news of a Messiah (which I suppose is an anticlimax anyway if, as Young states, there is nothing you can do to turn God away, and no way to actually deny Him.) Instead, Young claims that in our bloodthirsty and limited way we essentially interpret sin as wrong and as deserving of vengeance. Thus, we demand sacrifice. Therefore, as it follows, Jesus allowed himself to be torn apart on the cross. As Young himself states, “One of the narratives about God is that because of sin, God required child sacrifice to appease a sense of righteous indignation and the fury of holiness – Jesus being the ultimate child sacrifice. Well, if God is like that, then doesn’t it make sense that we would follow in God’s footsteps? But we know intuitively that such a thought is wrong, desperately wrong. And herein lies one of the most damning impacts of religion. It wields the power to justify its actions by grounding them in the purposes and will of God.” If that isn’t clear enough, Young states that if we persist in arguing that that cross was God’s will,  “then we worship a cosmic abuser, who in Divine Wisdom created a means to torture human beings in the most painful and abhorrent manner. Frankly, it is often this very cruel and monstrous god that the atheist refuses to acknowledge or grant credibility in any sense. And rightly so. Better no god at all, than this one.” Well, apparently we judge God a moral monster then if he objects to evil and follows logic. 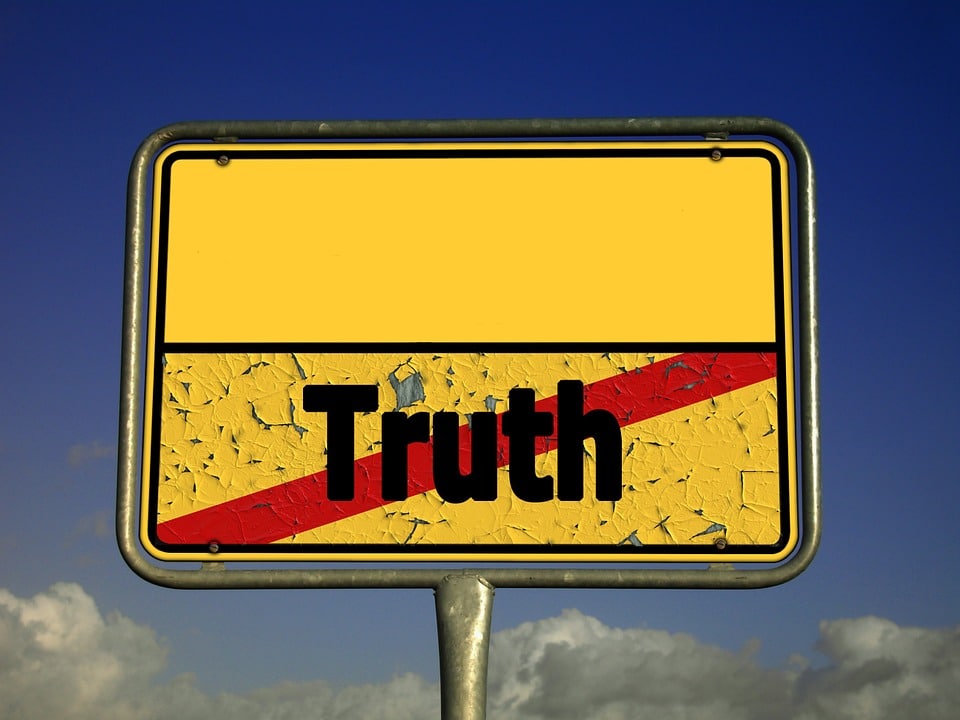 I can’t explain it all – I think the entire purpose of the Book of Job is that we cannot, that it is beyond us. What I do understand is that the wages of sin is death. In science, mixing chemicals causes a reaction. If A, then B, and so forth. I believe that sin is like that, and its repercussions in the world of a God who does not know sin and evil requires a logical answer, thus death. I can’t explain how or why in particular. Only that it is, as God who is all knowledgeable has explained. It comes down to faith. Either God is good or He is not. Young’s testimony states that He is, but only if we massage every mystery with human understanding. Again, good on the surface until you note that evil is not acknowledged and never punished. And so, is our God a weak one, who loves both us and our sin? If so, where are we left, that our champion never says no to anything? What sort of parent never denies or punishes their child? What sort of God crams himself down our throat and then tells us, “hey, live with sin and evil, it’s kinder.” What sort of Heaven lets evil in? More importantly, where does this message of Young’s measure up against scripture and all the Old Testament books that repeatedly noted God’s requirement of sacrifice in atonement for sin (remember all those wave and guilt offerings) and all the prophesies and promises of the ultimate, cleansing offering? What does all of that mean if we “demanded the cross.” If God kowtows to us, we are in a sorry shape indeed. Look at what we have made the world in our “wisdom” already.

In the end, Young does have some good and wise things to say, but he ruins all his efforts, and sadly the impact of The Shack which stepped aside from our Pharisee-like concentration on “going through the motions” (aka, the rules) to look at the true spirit of God which is all about love. There are many moments when Young feels out there, moments where I want to quibble but abstain – maybe he has something. But then, his ideas of sin, his conception of God as a monster if he demands the logical solution to sin, and his adherence to universal salvation (good on the surface, nonsensical at any depth) departs so dramatically from repeated concepts in the Bible that readers are left to question everything. Does Young try to look at what God says or does he weave his own popular interpretations? If someone tells us what we think we want to hear and never goes to the next level, how much can anything they say ever be trusted and what kind of wisdom is this – God’s or the fallible and finite affirmation seeking wisdom of man?