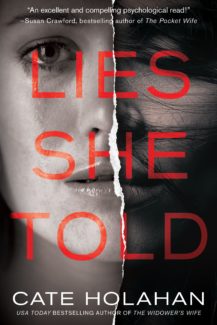 Distraught both by her unraveling personal life and her nearly dead career, Liza Cole is making a last ditch attempt under a tight deadline to write a thriller that will revamp her career and hopefully help her exercise some marital demons along the way. When truth becomes stranger than fiction though, Liza’s story starts to intersect too much with her life and the sinister missing person status of her husband’s obviously more-than-best-friend. Now Liza must unravel her malevolent fictional character’s story to find, and protect, her own.

Classic obscurest twists and evident elephants in the room, alongside the oh-so-obvious intersection of fiction with mental instability, Lies She Told may be an obvious summer thriller, but that doesn’t keep us from getting hooked. Beth, Liza’s insecure heroine who is struggling with a new baby and an unfaithful husband, is obvious from the beginning. She’s more than just a stand in and quickly her story evolves beyond mere catharsis. The fact that the chapters, which alternate between the less than exciting Liza and her more emotional counterpart, are written in the same style and same voice, even from the same perspective (first person) does little to hide what the twist is going to be. The voices merge and it can be confusing at times (as it’s meant to) especially because as Lies She Told continues, the two stories become more and more similar, leading to murder, hidden weapons, convenient amnesia, and bodies drug out of the East River. It’s exactly what you expect but more importantly, it’s what you want. 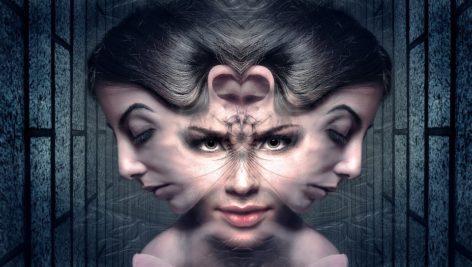 Author Cate Holahan may or may not be trying to be slick here but what matters is that Lies She Told gives readers exactly what was promised: a tawdry thriller that still manages to grasp us by the throats, shake violently, and only let go when hitting the predictable, but no less satisfactory, Gone Girl-ish ending. The villainess lives and while she’s not as clever as Gillian Flynn’s anti-hero, she’s certainly more sympathetic.

It’s the classic narrative of blurred reality, multiple personalities, jealous lovers, thwarted desires, betrayal, hidden motives, and over-the-top last minute deus ex machine confrontations that just give readers that necessary little thrill. Yeah, you see it coming all from page one. You even know what is coming; but somehow, maybe it’s the no-holds-barred fact that Lies She Told is emulating the classic love triangle thriller that it just works and readers have fun with it. We enjoy it for being an emulation of the more subtle thing – for being itself and giving us all the expected thrills and chills when and as we want them. Memorable – not for long. Fun – yes. As a matter of fact, I’d slot Lies She Told as the ultimate summer beach read. Warm days, wine coolers, and a villainous novelist with an axe to grind, a body to hide, and a whole lot of astounding mental issues. Dive in, have fun, embrace the down-and-dirty thriller that makes no bones about its obviousness but just wants you to throw caution to the wind and have fun along the ride.