Last Thing He Told Me, The 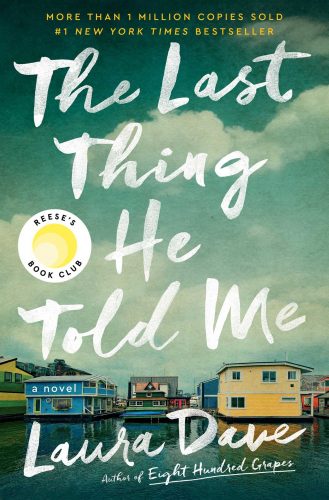 Protect her. That’s the last thing Hannah Hall hears from her husband, Owen, before he goes missing. And she doesn’t even hear it from him so much as receive the note. Then she finds the bag of money. She sees the breaking story: the investigation into her husband’s company, the shady deals, the missing money, and now the missing man. Did she ever really know Owen? Despite all the questions, the lies, the subterfuge, she still thinks she knows him well enough to understand his last desperate message. Hannah needs to protect Bailey, her belligerent teenage stepdaughter. But protect her from what? From whom? What her father did? The news? Something or someone else? As Hannah and Bailey team up, following a trail of half truths into a dark past, awakening memories along the way and stories that don’t fit, everything begins to make a terrifying, hopeless kind of sense. But by the time Hannah really understands, will it be too late to protect her stepdaughter, to fulfill her husband’s last desperate wish?

One of the best things about The Last Thing He Told Me is the way it starts: a normal day being suddenly, irrevocably shattered. The action begins as the story opens, and from the beginning we are in the middle of it, desperate to put together clues with a haunted Hannah. There is something intriguing about falling into a story, into someone’s life, just as it shatters, something that breeds instant empathy and curiosity. We want to know what this note means and why: why the weird last communication, why the sudden silence. It also plays to a familiar mystery/thriller lover’s favorite adage: do you ever really know someone else, despite how much you love them?

As the story unravels, it becomes somewhat less potent. But, of course, we’re already hooked and having fun by then. A lot rides on Bailey, who despite her hatred for her step-mother is slowly drawn to the only person left who knew and still believes in her father. Part of the answers lie in the past: a past only Bailey has any insight into. But her memories of the critical years (while she was a toddler) are muddled. Of course, in true thriller form, they slowly start to come back to the surface, and circumstance, recollection, and high desperation mix to unveil the road this duo must travel.

The actual reveal of what Owen did is a lot less believable and intriguing than the journey to follow the clues. By the time we get answers, too many plot points aligned (the right people at the right have convenient sudden memories) to make the reveal organic. But, thriller and mystery lovers forgive a lot and turn a blind eye to even more. Sometimes we need chance to get to the twist.

The twist here isn’t as good as I had hoped, nor quite as believable, and the conclusion is a little forced, although I have to give it kudos for not being the happily-ever-after that I was expecting. Nevertheless, the entire journey was fun and despite my quibbles with the logic and convenient of parts of the story, I never got bored. I flew through this book. It was just fun, and something about the atmosphere was just right. The beginning was so strong, the views of the family’s boat home so vivid, that even when the road started to get rocky, I didn’t care. I just wanted to keep reading. This isn’t a great, never-forget-it mystery, but it’s a fun and worthy addition to a thriller junky’s library. Recommended.