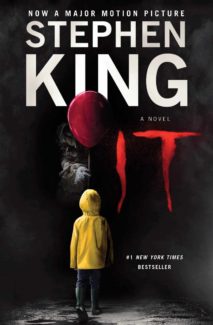 We All Float Down Here

It is arguably Stephen King’s greatest opus, covering the childhood and later haunted adulthood of seven outcast children as they discover and war against an ancient and sentient evil in their small Maine town. This evil is far more than a boogeyman that goes bump in the night, more even than the persistent, merciless torment suffered at the hands of the school bully. This is an evil that has permeated the air they breathe, rustled through the innocent terrains of their childhood haunts out in The Barrens where even the bullies won’t usually go. It is an evil that has captivated generations before them, that morphs fears into advantages, that hides in plain sight and swirls through the endless eddies of the sewers. Against this evil, then, only one thing greater can stand. But can the adults these children have become, twenty-seven years after the childhood monster was proclaimed vanquished, find the innocence and the faith in one another to do battle again? Will the thing, now resurrected and hungry, that lives beneath the innocuous town of Derry, Maine have the last, greatest laugh?

Stephen King is beyond a good writer for two reasons: 1) his stories have compelling and unique plots, and 2) the human dimension and the pathos of longing transforms his works from monster stories into something universally meaningful. King is deep and while he has no quandary giving you the carnage shots you come craving, the ghouls in the night and the spine-tingling realism of ravening monsters under the bed, his main point is about the human condition. Nostalgia. Memory. Love. Loss. Longing. The ways we fall away from each other. How we hurt and are hurt. How we long for the innocence of days spent running outside, building forts, discovering endless adventures, the ability to believe in both the extremely evil and the exceptionally benevolent. It certainly has more than one segment that leaves you afraid to get anywhere near that bathroom drain, but it also evokes that sense of reminiscence that is so primal and core to our very identities. 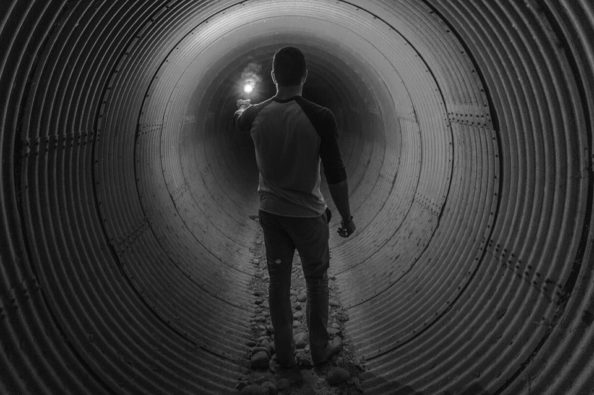 The seven children who form the focus of the narrative and fight against the all-too-real shapeshifting monster form what is called “the Losers Club.” For one reason or another they are social outcasts. Mike Hanlon, the story’s scribe, is black (its 1954 in a small town after all). Ben Hascomb is fat. Eddie Kaspbrak has a mother whose own fear hold him captive and weak. Richie Tozier loves making weird voices, and Stan Uris is Jewish. Beverly Marsh lives with an abusive father, and finally, Bill Denbrough stutters. Bill is also the first to loose someone in the recent manifestation of It . . . his little brother. More than this loss is the aftermath, the cooling of his parents and the secret surety that his brother’s brutal death was ultimately his fault.  Each of these outcasts go on to live successful lives, to surpass their bullies and the strictures of xenophobic small town life. In this there is a strange sense of hope and moving-on tinged with ineffable sadness; even forgotten the past continues to mold us in both happiness and despair.

To show this inescapable connection, the book bounces, sometimes in mid-chapter, between the group’s childhood to present-day (1984) adulthood and the struggle to remember that fateful summer, and why It is not truly dead. For any other author, such a large cast of characters plus fluid time shifts would have spelled disaster and confusion, but King uses this dreamy merging of time to his advantage, letting us live past and present in the now, further showcasing the power of childhood. 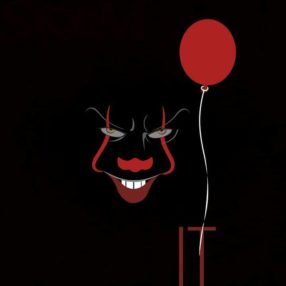 It is a unique monster, one that is ancient and symbolically (obviously purposely so) related to the devil or the force of all evil in a timeless world. We’ve got some good old school horror moments, especially since It can become anything you fear, and children’s fears are both easy and exotic: everything from teenage werewolves to smiling, benign clowns (introducing Pennywise). This tickles our horror bone and appeals to our primitive desire to be scared, to test ourselves in the supposedly safe environment of our minds, and to come out triumphant over the darkness. But It is far more, and while the monster is scary, the unraveling of its true history and the Ritual of Chud (the only way to fight an entity that is truly on another plane from us, beyond the physical) encapsulates the epic nature of good verses evil on a universal level. If you look closely, the God and the Devil dichotomy comes through even farther, as does the simple magic of faith.

In the conclusion, It rattles us, scares us, makes us hope. It is an incredibly dark story – the monster’s favorite flesh is that of a child salted with the palpitations of extreme fear, after all – and yet there is some light in here among a covey of the dead and the haunted. Stephen King’s epic story then isn’t just one that we finish and think of as a story. It’s something more, almost eternal in how if follows us, how it begs us to think, and how we ultimately know that the settling of that last page has ended nothing, these characters live on as does, somewhere, Derry, Maine.