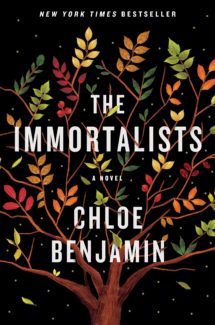 Be Careful What You Wish For

In the summer of 1969 four siblings discover an old fortune teller and the exact dates of their deaths. They live and grow with this knowledge, fearing the possibility of prophetic truth. They have remained silent since that date, never discussing the disturbing old woman or revealing their assigned death dates to one another. We just know that one, the eldest, Varya, was given a long life. We suspect that the others weren’t so lucky.

And so author Chloe Benjamin takes us through the separate lives of each child, bouncing from the X-rated liberation of gay bathhouses to the energetic lifestyle of stage performers to a failed military doctor’s suburban ennui to a science lab filled with monkeys and failed dreams. Along the way the point is obvious: knowing that you will have a short life makes you selfish. But what about knowing that you have a long life? Is that really any different or is that possibility more ominous?

The Immortalists is divided into four equal sections following the children from youngest to oldest, showing how the knowledge, or even the suspected truth, of their death dates alters their choices and their lives. We begin with Simon, seven at the time his life changed forever with the knowledge the old woman gave him. Previously gentle, dedicated to family, and the type of person to put duty over pleasure, Simon’s story suddenly shifts as his assigned date looms closer. He refutes responsibility to the family business and journeys to San Francisco where the booming gay scene hasn’t discovered AIDs yet. Simon then lives for himself, but as fate creeps ever closer his wild partying can’t overshadow the palpable fear. 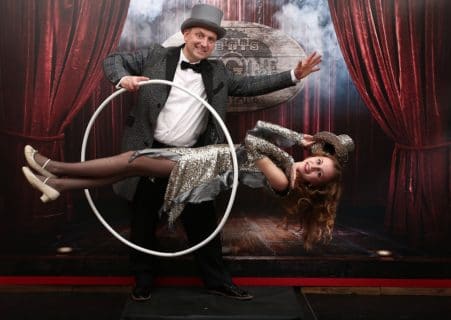 Klara, the second oldest, likewise flees the nest. With her this isn’t so much of a sudden character change as a lifelong desire – to be a magician and use sleight of hand to create a palpable, dreamy magic that allows audiences to transcend reality, as did her infamous, black sheep grandmother. Klara’s high dreams have a dark underbelly, however, and the tragedy of her brother alongside the roughness of a life trying to force herself into a male dominated field takes a toll. Once again, the ineffable pull of knowledge and the ticking of fate backlight poor decisions and the wildness of life in the final throes of death.

After Simon and Klara’s dramatic sections, the novel transitions into its sleepier side. The bathhouses are gone, closed from the fear of AIDs, and the magic has dissipated post death. We now have the older children – the ones who (supposedly) did as they were supposed to, and yet, the knowledge is with them too. Daniel, the elder brother, always responsible, has made sacrifices to take care of his parents despite Simon’s and Klara’s headlong flight away from the ties that bind. But now, he’s older, dissolute in the wake of so many unexpected deaths. When he meets a young investigator who spills the beans about the fortune teller, a childhood obsession suddenly arises, coincidentally (or not) alongside his own predicted death date.

And finally, we have Varya, the only one of the siblings to be given a long life expectancy. The one supposedly unharmed and unaltered by a child foray turned tragic. And yet, unmarried, almost untouchable, devoted to research on dieting and aging, Varya’s life is perhaps the saddest, the most unlived. When a young man claiming family ties arrives and forces his way into her confidence, the remaining sibling articulates the lifelong linage of fear. 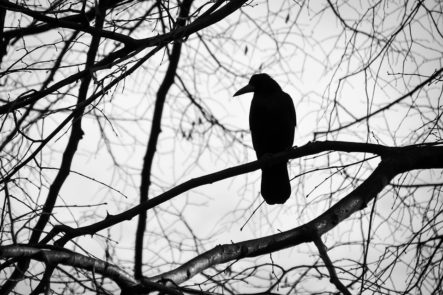 And so, really, The Immoralists is four separate novels with a loosely connected central theme – sort of like linked short stories. The characters mostly live their lives (and deaths) separately, mentioning one another more as ghosts of that childhood day than active family. Perhaps that was part of the book’s innate sadness and its oddly lackluster doom. The premise is, as one reviewer put it, dynamite, yet something about the execution is lacking. I never cared about any of the characters, partly because they were stand-ins for concepts more than they were people. Simon’s life is about sexual freedom and choices, Klara’s about women’s rights, Daniel’s about the moribund failure of living life by the rules, and Varya’s one about the obsessive fear of death. Each concept, whether it is purely indicative of the social prejudices and foibles of our time or more universally vague (i.e. Daniel’s generally dissatisfying but normal life) is explored, just as you would expect it to be. The outcomes, complicated without a refreshing, final answer, are expected; the entire shades of grey, you’re damned if you do and damned if you don’t, theme falling together like bricks in a wall. The people through whom we examine these big questions, then, are irrelevant and mostly unlikable – downright selfish to an extreme that is half despair and half bad writing (or bad characterization – take your pick).

The fortune teller may be a fake or she may be the real deal. That’s not the point. If the book had a central theme, it would be about the baseness of humanity and the worthlessness of life. It’s the old adage of careful what you wish for – you just might get it. Too much knowledge is simply dangerous, and knowing the date of your death (near or far away) is ruinous to living a good life. Perhaps. Yet, even in my most cynical moments, I feel that some, at least, would want more time with their family and not less. Some would want to propagate more goodness, more kindness, more meaning through their lives instead of just choosing the ultimately unfolding route of endless, pointless indulgence. Not these characters, however, and certainly not in the moribund, hopeless world of this book.