If Only I Could Tell You 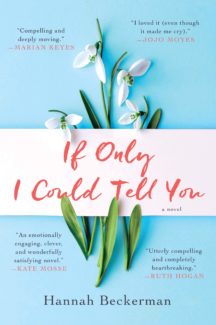 One Big Mess of a Drama

Sisters Jess and Lily have been estranged since they were teenagers and their mother, Audrey, has never been able to reconcile why her family fell apart so dramatically. Now she also has two 17 year old granddaughters who have never met and a death sentence: terminal cancer. With only a little time left, Audrey is finally trying to really live her life and find her dreams, her biggest being a reconciliation that will sew her split family back into a unit. But can she really bear the secret hidden beneath all the years of silence?

Book of the Month is my go-to addiction. Seriously, I have multiple filled bookcases and now stacks growing across the floor of my personal library (yes, I have a dedicated library room in my house). I’d read anything they recommend, and they’ve helped me to discover genres and stories outside of my norm that have expanded my mind and lead me even further into the magical world of storytelling. Unfortunately, even they have a miss every now and again, and If Only I Could Tell You was a hideous moment in an otherwise sterling lineup of Grade A fiction.

The story tackles a lot of issues: suicide, euthanasia, loss of a loved one, the bond of sisters, failure of parents, and even a brief, strange coming-out scene. All of these issues culminate together into one big mess of drama. It is too much for one book, and each new tragedy feels like an add-on, like some sort of writing exercise where the challenge is to give each character the most trauma possible in a set amount of time. Everyone and everything is tragic, from their dysfunctional family and their relationships with one another to their morning coffee. 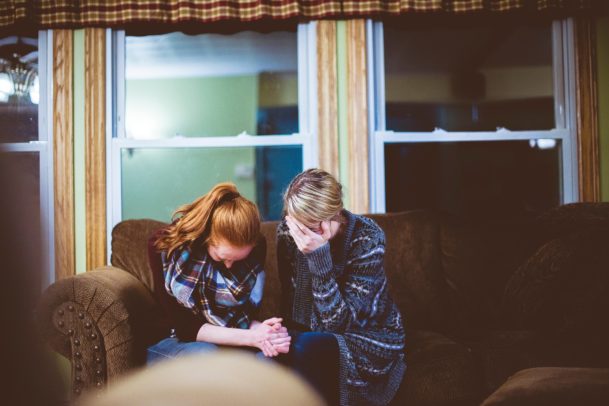 Image by StockSnap from Pixabay

And that’s just for starters. I adore mysteries and don’t mind waiting until the last page to see what all the clues mean. That being said, it has to be done right and not feel like a game or, worse yet, a melodramatic feast of foreshadowing and story tropes. Add to this unpleasant mélange of teasing and just plain bad pacing a host of wooden characters. Yes, everything bad and then more happens to them, but I defy you to actually care. It’s all so obviously not real and these are definitively not real people. If they were . . . they almost deserve it, from the obstinate and unrealistic silences to the stilted dialogue and selfish antagonisms. Enough already.

The premise is entirely unrealistic. Jess, the youngest sister (and most hateful of the characters) sees something at the tender age of ten that changes everything, especially how she feels about her sister. She thinks her sister has done . . . something . . . which we eventually discover on page 300, but never thinks to confront her or even see if what she thinks based on so little evidence is actually true. It’s incredibly petty and it also doesn’t fit with the modus operandi of a ten year old. Sure, a traumatized child would remain quite about what she’d seen, or thought she’d seen, even with all the added horrors that were just piled on later. Mmmmmmhhhmm. Believable, sure.

Lily, the apparent evil party, is slightly more sympathetic, but her life is in ruins and, predictably, she is the sole of contrition (even though she doesn’t know why), and she is incapable of becoming angry with her sister. Again, these reactions, villainy set against saintliness, are unrealistic and further divorce the now very bored reader from the story’s promise to eventually tell you what this “thing” is that we don’t know. 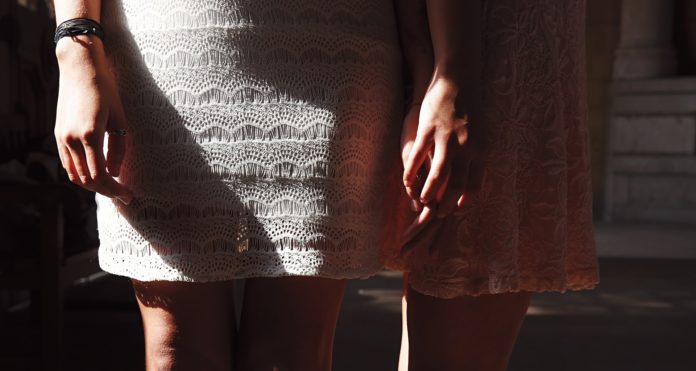 Audrey, the dying mother, is the final ridiculous edition to this drama. Sweet and generous, she goes with the flow, letting her young daughters deconstruct her life and remaining family, never confronting the problem when the children are ten and 15, respectively, and letting 30 years slide by in this stilted manner. With her new lease on life, predictably thanks to her diagnosis, she is realizing her dreams, including an unnecessary subplot about singing in a choir on stage. When it’s not dripping sugary sweetness, her story flounders into the past and she gives us lots of stereotypical advice about time and death.

Finally, around page 300, we get the actual story, which in and of itself could have been emotionally riveting and opened a larger discussion if it had just been done correctly and not buried in so much other drama. The continual onslaught of big ticket issues weakens the final reveal, and while the conclusion fits in with the predictable lovey, forgivey, family moment, it’s all so entirely fake that the reader can hardly resist rolling his or her eyes. The premise behind all the subterfuge has promise, but the burden of too much trauma, the fakeness of the characters, and the handling of the actual secret just serve to make this a sad spoof of a serious book.