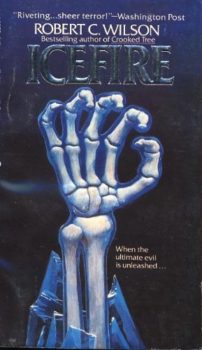 It opens with a Jack the Ripper-esque stalking sequence of a woman walking rain slicked streets all the while in the eye of a secret, very patient, very crazed killer. Then we jump to the cold recesses of Scales Psychiatric Facility, a home for the criminally insane, set against the isolated backdrop of an ice patched island near the freezing hulk of Lake Superior. Here we rejoin the serial murder, one Reuker Stilkes, in which the fires of an all-consuming madness desiring the purification of ritual slaughter still burns, undimmed beneath the hazy surface of his drug induced malaise.

Dr. Michael Huxley, ambition leading to bad decisions leading to his sequestration on this forbidding, high security island, wants Stilkes, wants the fame of sorting him out. He wants to understand him, to see what these secret fires mean and how they burn. To do that he must get him away from Dr. Lummer and the deadening effects of so much medication. To study the monster, after all, he has to give it some freedom. But freedom, for such a criminal, and in such isolation, has an inevitable price. 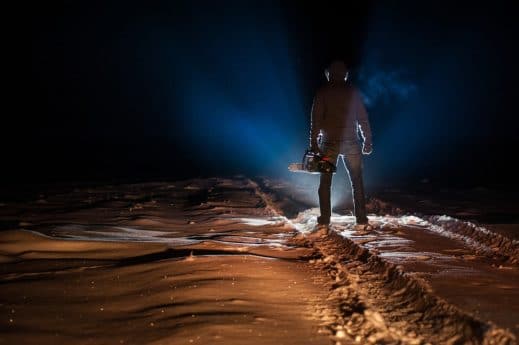 Meanwhile, security guard Jack Cooke, his wife Marion, and pre-teen son Rickey are finding life strange in this place where only the insane and barbed wire are around for company. Winter is coming on full force and soon all access to the mainland will be cut off. The rugged beauty isn’t enough to banish the inherit fear of just who, and what, they are locked in with.

When a prison break results in inmates running the show,  Jack and his family, along with the two psychiatrists, and the rugged outpost man and his wife head for the cruelty of the wilderness, hoping to survive the elements and reach the mainland. Little do they know that under the snow burns an everlasting fire almost as hot and dangerous as the one inmate who relentlessly follows them through it all.

Icefire has a strong premise and begins with a creeping sense of paranoia. The isolated, unreachable outpost has echoes of John Carpenter’s The Thing, and long before the actual break, the coldly echoing corridors and the sterility of the facility are breathing a palpable evil. Yet once the expected chaos unfolds, the novel loses much of its power and verges instead into an endless cycle, the basic formula of a weak and unimaginative thriller. Man vs elements, man nearly dying in elements, man prevailing, new problem arising, ad infinitim for the next several hundred pages. Also, it’s cold. Soon it becomes a parody of a thriller, all horror dropped, with this one lone inmate, never truly explained or brought to life, in some bizarre pursuit imaged only in the unfolding darkness of his shredded mind. 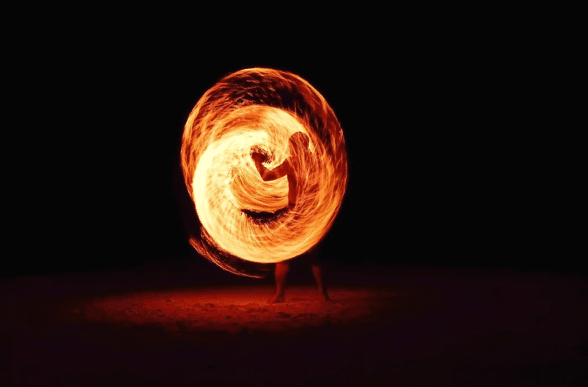 As the never-ending escape sequence through a predictably bleak, treacherous landscape unfolds, we spend more time with our characters yet never truly know them or care about them. They remain what they always were: Jack, strong yet conflicted; Marion transformed from compassionate to tough as nails; Rickey, the smart kid who knows more than his parents, is unafraid, and is, incidentally, great at trekking this barren land; Lummer the idiotic doctor who cares only for himself; Huxley, the egomaniac doctor who cares only for himself; and then the old couple who endure it all for the sake of the young’uns and are (indubitably) set-up as a sacrifice. Add in two inmate villains: Eddie, the angry rapist with little to no brains and Stilkes, carried along by this odd idea bred by his mother – the backstory of which flits enticingly on the periphery and is, yet, never delivered. Throw in some snow, set the album on repeat for the next three hundred odd pages, and you’re done.

By the time the characters are rescued in the usual, last minute will-we-or-won’t we save them triumph of man against man against nature, I was long since ready for the book, which should have been half its size, to end already. Everything that had promised originality or at least the repeating of an ages old and loved horror story (isolation and the fear of what you’re trapped with) had resolved itself into nothing but attempted jump scares and near-death on every page until the drama diluted itself into a repetitive bore. We never get answers about Stilkes and despite all the long-winded chapters in his head, casting back to the beginning, the author never finishes the set-up, never explains the figure that he is compelled to chase and kill.  In the end it is incomplete and memorable only because it was all so tedious.