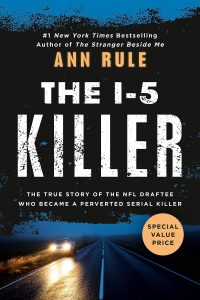 I’ve been on a true crime kick for a couple of years now, but I’ve only recently discovered Ann Rule. As a writer, Rule is thorough, complete, and more than a little obsessive. She is either very, very chilling or, frankly, very, very boring as she goes through tangents about people who are barely involved in the story. The I-5 Killer, however, is one of her best books to date. It captures everything: from the details of the story to the horrifying sense of this man, Randall Woodfield, who on the outside had everything and on the inside was a seething cauldron of sadistic desires. 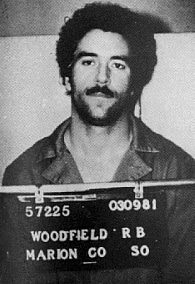 The beginning of The I-5 Killer is rough, exceptionally so even by the standards of true crime. We meet two victims, best friends who worked as maids, staying late at an office to finish their cleaning. What happens next is a nightmare worthy of fiction and deeply disturbing for both its reality and the way Rule winds the clock back and puts the reader alongside the two women, one fated to die, the other to be scarred (physically and mentally) by an act of unsurpassable cruelty. It’s hard to read or (in my case since I had the Audible version) listen to. I was intensely interested. Rule stepped out of her narrative role and evoked a blow-for-blow scene that was all together too real. I honestly wanted to turn the book off at this point, because this was real and the emotions of the victim nearly overwhelming. It’s hard to say if this type of book does any good. It makes us more aware, but it also makes us prey, voyeuristically, off human misery. I wonder if it makes would-be-killers more intent on their goal too. Who’s to say, and while I have these worries, I still feel guiltily drawn to this genre. There is something in the reality of human depravity that repels and attracts in equal proportion. 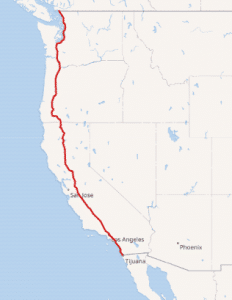 As the story goes on, Rule mixes memories from victims with the life of Randall Woodfield. He was a man who should have been happy. He was an award winning student. A handsome, star athlete with a bevy of women willing to flock around him. He was drafted to play in the NFL. Yet, there was something fragile there too. A desire to prove his masculinity (maybe) alongside something infinitely corrupt. It’s hard to say why he did what he did, but Rule follows the twists and turns, the darkness behind the seeming light in his life.

In the I-5 Killer Rule gives enough details and flash-backs to keep us engaged without overwhelming or slowing down the investigative portion of the narrative. What results is something that is deeply disturbing yet focused. It’s amazing to see the women who, despite everything, continued to support Randall, and while there is definitive closure to the case, and some retribution on behalf of the first victim that we met, there are still enough unanswered moments to make us question the people we think that we know. This is one of Rule’s most powerful books and a must read for true crime lovers with a strong stomach for detailed sexual violence, murder, and life-shattering grief.