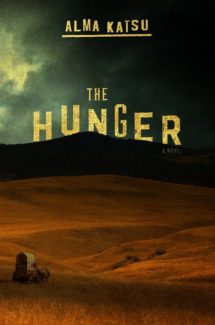 A Fictional Reimagining of the Donner Party, With a Supernatural Twist

In May of 1846 an ill-fated wagon train set-out for a new life in California. Instead, they found death, desperation, and the forbidden last ditch horrors of starvation in the snow bound Sierra Nevada mountain range. It’s this haunting story of poor planning, bad luck, and ultimate cannibalism that has continued to haunt us for over a century: this collective fear and yet odd fascination with tragedy leading to a sordid, forbidden satiation.

The Hunger by Alma Katsu follows the historical narrative of the Donner party while weaving in Indian lore and the supernatural aspect of a ravenous, embodied hunger that transmutes itself to the affected. It follows what we know and adds to it, in ways making the story less horrifying yet more fraught with paranoia and an ineffable sense of doom. 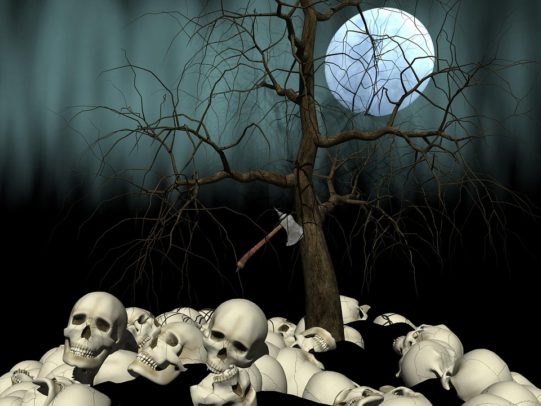 A character driven narrative, this story, proclaimed as a favorite by Stephen King (my favorite), The Hunger focuses on the story of nearly ninety people through the eyes of a few specific characters: the lovely Tamsen Donner, younger than her husband, bewitching, and with a dark sorcerous knowledge; Charles Stanton, a bachelor with a past; Edwin Bryant, a doctor and journalist whose epistles cast knowledge over a deepening despair; Mary Graves, whose fascination ultimately leads down a dark path; James Reed, co-leader with his own set of unfulfilled desires; and Elitha Donner, who hears the voices of the dead ones and yet misunderstands their desperate warning. Many other characters flit around the edges, showcasing the complicated relationships, the secret tendrils of dissent, which split the party early and waylay success. Determined to follow a new pathway, an alleged shortcut, the tensions and interpersonal relationships allow readers to form an intimate knowledge, a love-hate character relationship, and a set of suspicions that confuse the ensuing violence. Evil is, after all, an early traveler in this caravan and the seeds are well watered.

The slow-burn follows the sort of portentous darkness of the changing weather and the power-hungry discord among the mishmash of would-be leaders. When children begin disappearing, and a mangled corpse is found, the distrust depends. Everyone is a suspect . . . something or someone is following the caravan . . . and hidden hatred stokes the flames of ugly schemes. The baseness of humanity reveals itself before the supernatural terror even sets foot in the camp, and that in and of itself shows our collective human weakness, our own embedded seeds of evil. 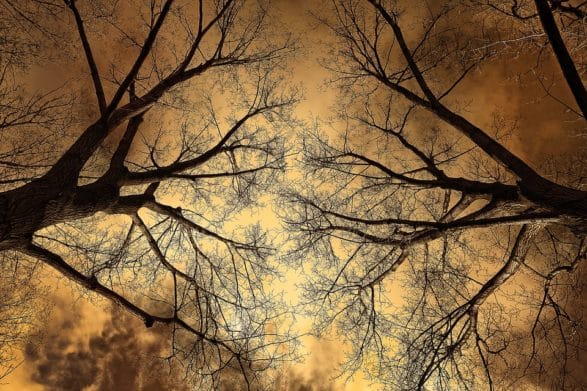 As the Donner’s slow journey into the mountains continues, the atmosphere shifts and the supernatural begins appearing more prominently, flitting at first on the outskirts and then gradually stealing into the camp. Infected meat infects others, random, inexplicable outburst of violence shatter the pre-winter peace like the first bullet shot of a prolonged and bloody war. It’s here then that our main characters, some of whom we like, others we dislike, transform the story with their own fear and mostly good, albeit delayed, intentions. They splinter off, one after the other having their own experiences and insights into the others . . . including those with the sudden hunger.

At the conclusion, the smoldering threads explode into a quick burning fire – the only flaw in an otherwise gripping story. After so much build up, we’re ready for the blood and guts that have been reported only at the periphery. We’re ready for the explanation and a full emergence from the desolate background of the entities who have been waging war on an already hapless, disbanding party. And yet the explanation is both too easy and incomplete; the end sacrifice is touching, if buried in its own weird secret, yet a certain character remains unexplained – his presence and the emergence of his own secret too convenient, too tied in yet ultimately sort of irrelevant, or at least incidental. It’s still tense; a novel worth reading on a cold night, a story with a darkness that follows you by day, and an historical intrigue that makes you yearn to know more and also afraid of the true-life events that lead to this grisly inspiration.