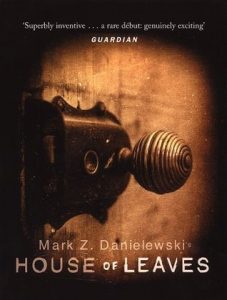 An Endless House, a Childhood Secret

I remember prowling through Barnes and Noble as a teen and invariably running across House of Leaves, picking it up, and flipping through to see the bizarre format: words stair stepping down pages, inverted, magnified, split. This layout, among other things, gained House of Leaves its notoriety. At the bookstore I’d always read the back cover, flirt with the idea of buying the book and seeing what all the fuss was about, but I’d always end up putting it right back on the shelf and walking away. I was discouraged by the whimsical formatting and sheer volume of the book. But, as fate and book clubs would have it, I finally did buy House of Leaves and read it. The bizarreness of the format is the least of the book’s eccentricities, and it falls somewhere between genius and insanity, much like its multipronged plot.

There are really two stories linked together by an enigmatic old man (Zampano) who dies alone, leaving a strange manuscript (a life’s work really) that dissipated teen Johnny Truant finds and becomes obsessed with reading. As Johnny reads he learns about the Navidsons, a seemingly ordinary family, whose new house grows and shrinks, adding strange, endless corridors and rooms filled with growls. As Zampano’s research follows the family down the dark halls of their own frailties and the very literal shifting halls of their home, Johnny becomes paranoid. Although the story is written as truth – a scholarly work with an unnecessary amount of philosophy, quotes, footnotes, and the occasional dalliance with Greek – in the real world Johnny can find nothing to back up this seeming fiction. Is there something in this old man’s work that is supernatural, something that is leading Johnny into his own dark night of the soul, or is it all a structural coincidence, this disintegration of fake and real lives that are suspended between darkness and an echoing need. 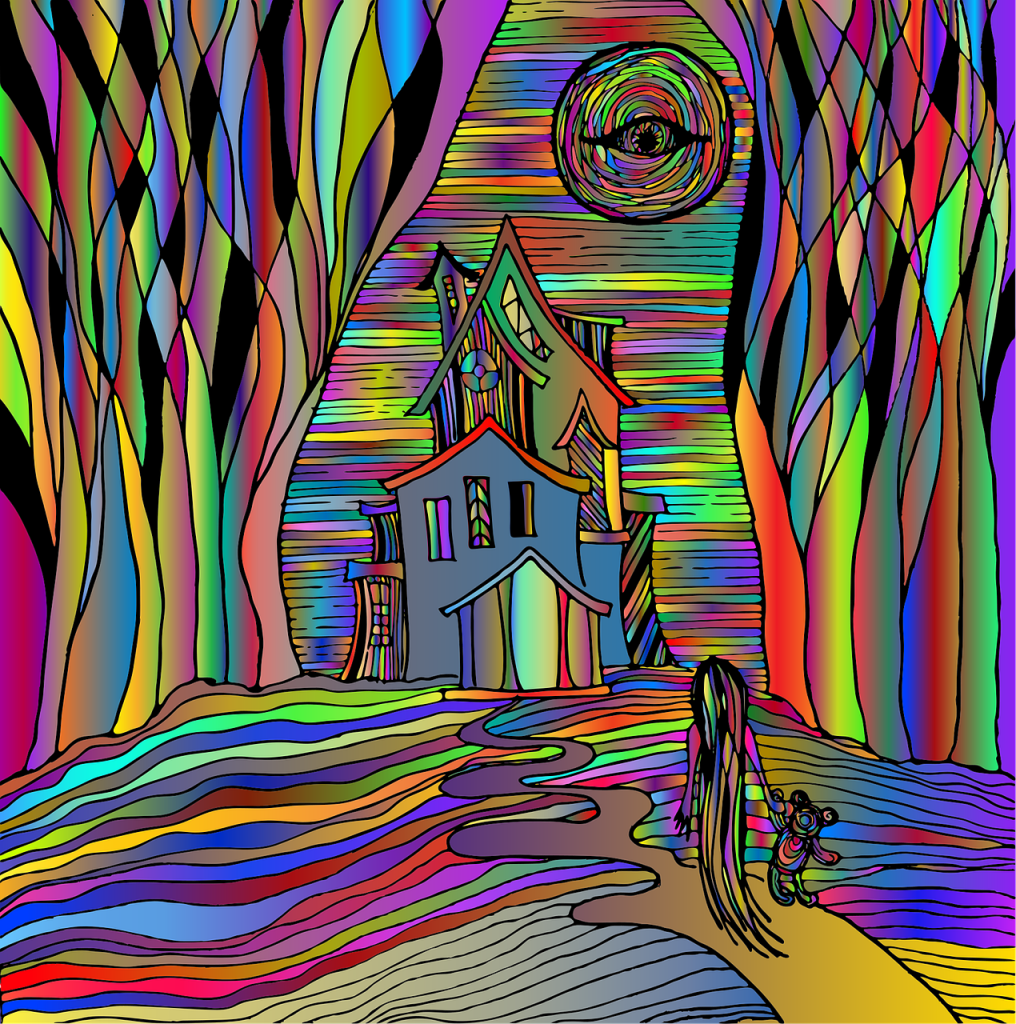 The Navidson aspect of The House of Leaves is where the good story is at, although it is weighed down with a distracting amount of fake academia, from endless made-up citations to overly analyzed, quirky philosophies that tack on hundreds of extra pages of pure fluff. But when you brush this all aside, the idea of a house that exceeds the laws of physics, adding on to itself and shifting, creating limitless empty corridors, is oddly haunting, despite the overdone intelligentsia that wants to add more to the story than its basic eeriness. The fact that Navidson and his partner are torn apart by fear, neediness, and curiosity makes them resonate, and I found myself tracking through the blighted landscape of asides just to find out what happened to the Navidsons and how they addressed the unanswerable aspects of their supernatural house.

Johnny Truant, on the other hand, is the other side of the story, one that I had to groan and force myself through. Johnny is the washed-up artist type, a dissolute young man with too much intelligence and too little motivation. He drifts, occasionally falling apart, experimenting with drugs and going through an endless line of sexual exploits (more about that in a moment), and he over analyzes absolutely everything, from his dates to his druggy friend Lude’s grand stories. It is tedious. Johnny is a blow-hard and constantly interrupts the more interesting Navidson story. Ultimately, Johnny’s interruptions kind of become something. It evolves into a question of sanity, a far darker plot than the one of the limitless house, and there is a strange tragic beauty in it. But Johnny’s segment, especially his earlier asides, needed some severe cutting to make the end of his story more powerful.

And – back to what I was saying about Johnny’s sexual exploits. This story has a cool Easer egg in it that I had somehow missed. Ever heard of the early 90s singer Poe? You probably did hear the radio edited version of “Hey Pretty,” which comes from an album entirely dedicated to this book. Poe was the author’s sister, and she used House of Leaves as her inspiration. When the broadcast business said that no one would want to hear a female singer playing her songs, Poe got her by-then famous-ish brother to read lines from his book with her singing in the background. Thus Hey Pretty. This was a favorite song of my teenage years and a fun thing to discover.

Ultimately, House of Leaves has its good points, but this is a book that would greatly be helped by some pretty severe editing. And you know that quirky format that I mentioned – it adds nothing. It’s slightly psychedelic to begin with and in some ways mimics the mess of Zampano’s manuscript, but it soon becomes a tiresome gimmick. Overall, this is a niche book. Probably worth reading for people who can read a book fast and don’t mind trudging through the dull segments to get to the buried treasure of an idea or eerie image. Ultimately though, there are better books out there in the world, so read at your own risk. House of Leaves is interesting, occasionally clever, but ultimately only mediocre and kitschy. It is weighed down by its own attempt to be niche.