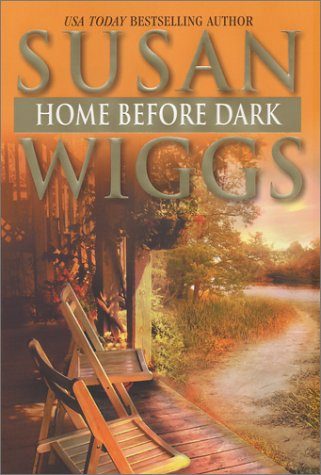 The Consequences of Freedom

Jessie Ryder has lived a life free of repercussions until now. She has followed her dreams, her career as a photojournalist, leaving family and friends and lovers behind, living for the moment, un-tethered. All that is coming to a necessary end now, her own body rebelling against her. Now she is thinking, regretting, looking back over her life, and crashing into the settled lives of those around her.

Sixteen years ago, Jessie gave up a child and her devoted sister, Luz, gave up her own dreams in order to adopt and raise that child. All these years later, Luz lives a quite life with her husband and children, and while it may be picture perfect, there are regrets and envy just beneath the surface. Luz lives in reality and her careless sister, suddenly visiting after years of silence, has undermined everything. Jessie wants to meet her daughter, finally, and she wants Luz to tell the young girl the truth. As Jessie spirals out of control, old secrets arise, marriages are disrupted, and the life of a young girl is forever changed.

Home Before Dark covers a host of emotions, from the freewheeling Jessie, now grounded and starting to understand the mistakes of her life, to her down-home sister who always wanted something a bit more, to a neighborhood man recovering from a brutal loss and looking for connection again. There are ups and downs, some with disastrous, shocking effects, and a contained family drama that ultimately succumbs to a feel good romance and everything-is-forgiven motif. There is promise in the strife, but ultimately not a lot of realism.

Jessie is a difficult character. Her freedom comes at the cost of everyone else’s life, and while she is going through her own awakening to the consequences of her actions, she is still ultimately the same old Jessie – selfish and self centered. She is difficult, if not impossible to like, and while she is occasionally relatable, she is nonetheless a distancing character. The type of person who creates their own mess, but never has to deal with it. Case in point, she takes her underage daughter, who is really her sister’s child, and gets her a tattoo.

Jessie’s romance adds another lair of confusion. While the story is ostensibly about her regrets and her dawning realizations of just what her selfishness has cost everyone else, she still lives out the spoiled fantasy of a child who was never told no, and her insta-romance is no exception. Dusty Matlock is a young widower who survived a horrific loss – keeping his wife’s body alive until she could deliver their child. He is haunted and forlorn, awash in grief, and yet the moment he meets Jessie this is all forgotten. Within seconds, he is in love, jostling between bodice ripper masculinity and an inhuman sensitivity and understanding that is more caricature than actual person. This entire romance is ultimately annoying and unrealistic, Dusty acting as the paramour who will overcome any obstacle for his beloved and Jessie acting like a spoiled tween in love with herself.

Lila, Jessie’s biological daughter, is hardly better. Her youth makes her selfishness more palatable, since there is still hope that she will grown out of it, but she is ultimately an annoying and whiney catalyst. The author also chooses to add some moments of Christian bashing in the wake of a teenage tragedy, as though people who seek deeper meaning and explanations in life after an encounter with death are fanatical lunatics.

The story then is saved partially by the circumstance and partially by Luz (the only truly likable character). Jessie’s entrance sets off a chain of surprisingly gruesome events, which instantly grabbed my attention and held much of the story. There are still moments of absurdity or incongruity, but Wiggs keeps things moving enough that I maintained a firm, if not enthusiastic, interest.

Home Before Dark is one of this difficult to define books: good enough to keep readers interested in some aspects and continuing without ever really hooking us. I was glad to finish, especially as the ending was weakened further by becoming the Jessie and Dusty show, but some moments of the story still had a sparkle, or at least a mild intrigue. I didn’t hate this book, but I certainly didn’t love it either.