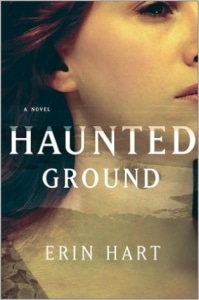 In the heart of rural Ireland the ancient and the modern commingle. Peat harvested from bogs is still used to heat homes and despite the government’s decision to protect this natural, depleting resource, the residents are more interested in following the thrum of tradition. When Brendan McGann and his sister Una discover human remains while cutting springy turf, tradition transitions to violence, deceit, and lies that are centuries old. Called in to investigate the remains which turn out to be the ceremonially decapitated head of a beautiful, red-haired girl, Irish archaeologist and determined loaner Cormac Maguire is called onto the case, working in tandem with charming American pathologist Nora Gavin to uncover the mystery of the bog woman’s life and unusual death.

Meanwhile, local police detective Garret Devaney is haunted by a dead-end missing person’s case. Mina Osborne, wife to the enigmatic and fabulously rich Hugh Osborne, has been missing for two years. She was seen leaving the village with her young son in tow. No notes, no prior inclinations, and no strange shifts in behavior evidence why she might leave without any trace and the town suspects Hugh murdered his wife and son, as does Garret. With no solid evidence, Garret is becoming desperate to put the case to rest and find whatever remains of Mina and her son. When he hears that Nora and Cormac are invited to stay with Osborne while further scoping the area for historical evidence, he takes them into his confidence, hoping for inside information and observations that could shed the final light on the missing element in Mina’s disappearance.

The quagmire of the past and the confusion of the present shift and interweave as Devaney’s investigation and Nora’s own secret connection to the crime transition an archaeological dig to a dangerous hunt for answers. Intuition, past horrors, amateur desires to help, and an unquenchable inability to let go combine the cast together and muddy the waters between the two investigations challenging readers with a dual mystery and begging the question: just how much connection is there between the grim past and the unknown present.

A debut novel from Erin Hart, I originally read this back in my teen years when it had first come out. A prowl around the library, searching for new audio books to supplement my commute lead me to see Haunted Ground again. I recalled a dark, brooding sense, a palpable atmosphere of Ireland and sinister secrets. Indeed, I remembered loving the book and intending to jump forward into the series only to evidently have been distracted by time.   The only thing I remembered was the discovery of the head in the soft, acidic peat and how that scene brings in all the small details of nature and throbbing life burying the secrets of the unwanted dead. I picked up the audio book. Time to get back into the series and there was only one way: to start over again.

The palpable scent of decaying peat and fresh, drenched air did not disappoint the vivid memories I had of Haunted Ground’s delectable atmosphere. From the first, Ireland comes alive as does the vivid sense of the country’s oldness. This antiquity and history captures an aura of “otherness” and promises that the past is just as important to the unfolding mystery as is the present and, for that matter, even the future. I’m not quite sure just how Hart, a Midwestern author, was able to capture the soul of a place so well and convey her mastery within a few sentences, but she does and Haunted Ground takes off from there, weaving a spell of research and murder and dark, morbid wonder.

The narrative is unclear about its focus, even though the opening scene concentrates on the discovery of a perfectly preserved, severed head. Indeed, our bog girl is a catalyst, but not in the expected manner and her history takes a back bench to the enveloping question of where is Mina Osborne? Nora Gavin, afraid to let herself be loved again, recognizes in the Mina story a tale from her own past and a time when she failed. These personal stirrings lead her to stay behind in this place and Cormac, now attracted to Nora and partly curious himself about the bog body’s identity, stays behind as well. This has the set up for a terrible romance sequence, but instead smoothly creates something far deeper and more impactful. Carefully dancing among the secrets and plucking at the tension, the narrative offers hope but concentrates on despair and mystery. The darkness is more of a spiritual upset that a blood and guts terror since the story ultimately reveals the ugly nature of humanity and in so doing creates a true sense of foreboding and destruction. Nora and Cormac’s interrelationship, although eventually pseudo-romantic, is more concerned with building barriers and in their complicated interactions readers witness the effects of brokenness carried in us all, leading the narrative down the rabbit hole away from pure mystery into something smacking of introspection and commentary on life and pain.

Haunted Ground did quite well during its 2003 debut winning the Friends of American Writers award and the Romantic Time’s Best First mystery. It was also shortlisted for the Agatha Award for Best First Novel and the Anthony award, among several others and a Book of the Month Club recommendation. It’s easy to see why. The atmosphere captures the place and time, even the accents of the characters and the eerie suspiciousness of every activity and each moment’s oscillation between trust and fear. It’s a compelling tale with a host of sinister possibilities and an unexpected, if altogether too rapid, conclusion.

The main players in this drama are vibrantly characterized and empathetic, albeit quite sad, each in their own unique way. Their interactions invest the reader in the resolution while creating tension for their safety when it becomes evident that the Mina Osborne case is far more complicated than expected.

The clues themselves, enigmatic things, are sparse and revelation feels a little too easily stumbled upon, considering that it involves a suspicious place discovered early but somehow missed by the questing characters. It lacks the total perfection that such good writing and such a fantastic story demand, and here and there blips of the “oh, it’s a first novel” syndrome show through, yet while readers question some near misses our characters make, ultimately the strength of the narrative lays all questions and mysteries to rest in a stunning manner. The loose ends are tied, the dead are ready to bury their dead, and the cloying sweetness of decaying peat covers all with the odd comfort that time will once again shield the ugliness of its passing and the viciousness of its inhabitants.

*A Note on Edition: I listed to the Audio CD version of this novel as read by Jennifer McMahon. McMahon intensifies the atmosphere with a lilting Irish voice while also rendering a perfect English voice for Nora Gavin. The reading style brings the place and time further alive, adding to the characterization and the emotional aura of the tale.