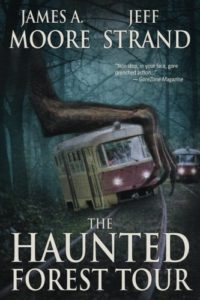 In the middle of a New Mexican desert town a towering, fully mature tree sprouted in a few seconds. And then another. And another . . . and another. That’s how it started.

The mystery forest destroyed the entire town, killing over two hundred people in a dramatically campy blood bath and with the trees came never-before-seen creatures out of a horror lover’s worst (best?) nightmare. These creatures seem to stay within the bounds of the magical forest though, and the forest seems to be done growing. No one can really explain it . . . but H.F. Enterprises can sure capitalize on it.

For years they’ve been running armored trains around the rim of the forest for a lucky few to spy its grisly denizens who, despite everything, seem harmless. There has never been an accident. No one, including the people who built the Jurassic Park-like train track, has ever been eaten. But a LOT of money has been made and, with Halloween coming, H.F. Enterprises would like to really cash in. Enter the Haunted Forest Tour, which this time will follow a new line right into the heart of the haunted forest. Tickets are to die for . . . 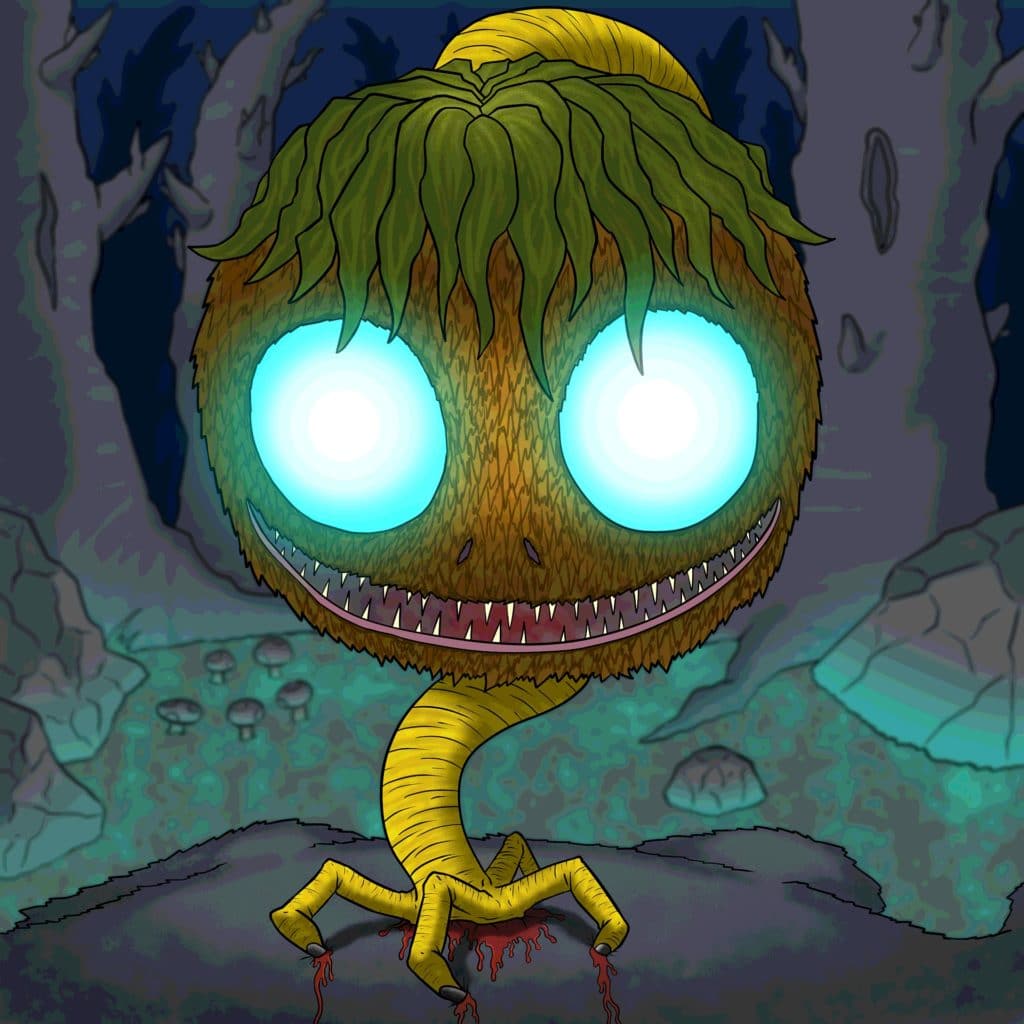 Combining late-night creature features with the sardonic tongue-and-cheek style of Shaun of the Dead, The Haunted Forest Tour is a tripped-out, gored-up homage to the more ridiculous elements of horror and action that laughs at – and with – it’s audience. From the first page (ok, from the title) you know that this isn’t a story to be taken seriously but one to have fun with. The author duo, James Moore and Jeff Strand, certainly have fun, putting us into the heart of monster land with a blood curdling wreck and a whole lot of teeth and claws.

The carnage is absurd – over two hundred people die in the prologue alone – and yet the monsters are pretty creative in a B-movie kind of way. The humor is there, sometimes working and sometimes annoying the audience, and the laughable premise is kind of fun anyway, making readers more than willing to take the ride. If you want a horror beach read – this is it.

Unfortunately, despite the creativity and silliness that goes hand in hand, the characters don’t give you that Shaun of the Dead, I-want-to-root-for-these-people feel. For one thing, there are far too many people (you know, so the monsters can eat them) and each individual’s story is just a cut and paste basic character job. Their problems and traumas are typical, unfocused and unexplored, and it’s incredibly difficult to remember who is who, much less care. We’re here for the carnage and the sarcasm, but we need a sidekick for the journey or it really doesn’t resonate. Sadly, we don’t get said sidekick. We get some monster bait and an unimaginative and very annoying band of one-liner survivors whose own actions and reactions make it all too obvious that we’re just in a story, one that isn’t trying that hard, even by the standards of a self-mocking B-horror comedy. 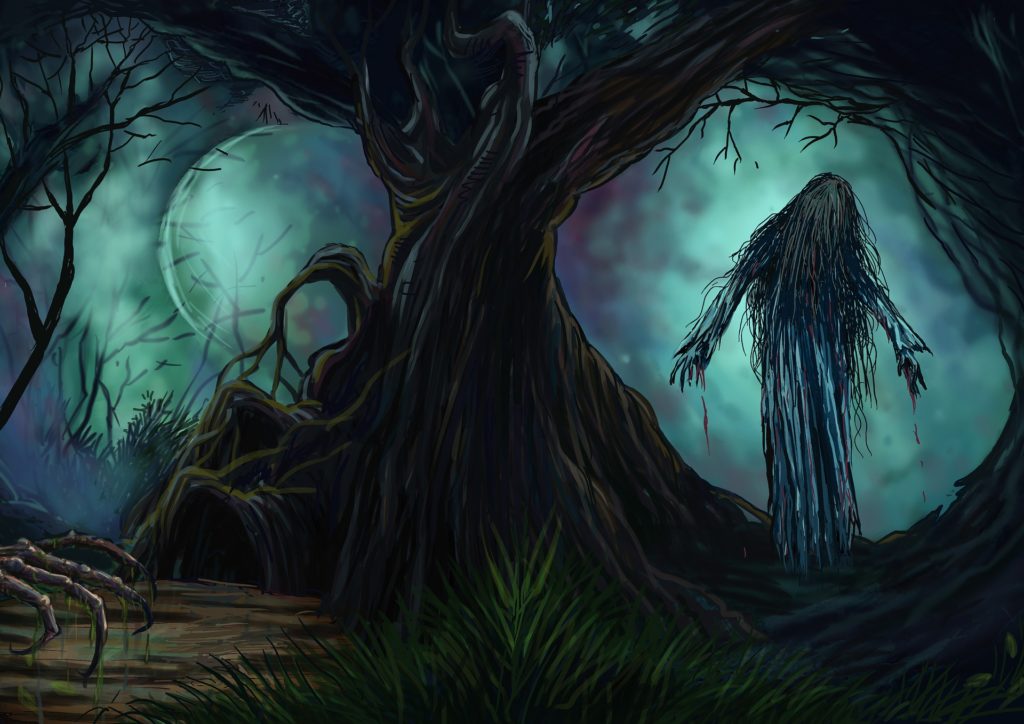 Image by Azmi Talib from Pixabay

Then – enter the super-duper arch villain and brains behind the entire forest: the demon Pestilence. I can’t really say much, otherwise I will ruin the “surprise reveal,” but oh . . .  .the stupidity. The plot goes from so-bad-that-it’s-great to so-bad-that-it’s-just-bad. It’s just really, really stupid and unbelievable. The entire reveal and mastermind behind the forest is so poorly done and articulated that it ruins everything that is working in the story. From here the story accelerates straight for the we-didn’t-even-try-on-this-one phone in job that sadly continues as everything wraps-up with several more fast paced mega mistakes, including an accelerated and nonsensical torture sequence that lasts about a page and a half.

But – The Haunted Forest Tour is still kind of entertaining and worth a read for the first part. I read this as part of the Horror Aficionados GoodReads book club, and part of the enjoyment was the discussion about the wacky monsters and the hey-if-this-was-real-would-you-take-the-tour discussion (with most everyone saying yes, surprisingly.) It’s a great book to buddy read or read as a group, and it’s oddly light hearted for something so spattered in blood and guts and wanton destruction. I enjoyed the entire experience. I won’t read The Haunted Forest Tour again, but I’m glad I read it the first time. It appeals to the not-so-secret horror nerd in me who likes bad movies and silly stories.