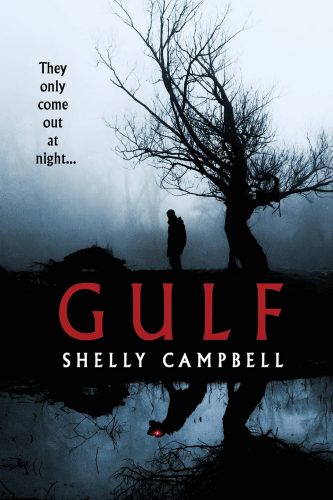 A Great Premise with Bad Delivery

As the youngest of seven brothers, David has always known that he wasn’t wanted. Each day, he fades more and more. His family forgets him, leaving him places as a child, only to later realize their mistake. They talk amongst themselves and move around him as though he is invisible. Maybe he is. Now that he’s 17, this life of loneliness and this family dynamic has left him shattered, helpless, and angry. So when a summer vacation to a cabin literarily opens the door to another world, he is intrigued. But what he finds there, and what he lets out, could be the end of everything.

When I first encountered Gulf in a GoodReads group, I was fascinated by the write-up. I love stories of other worlds, gateways, and forgotten/misunderstood characters struggling with bitterness and consequences. Indeed, the story idea is brilliant. The otherworld in the forgotten bedroom is a distortion of our own – a time lapse. You can open the door onto the same house at the same time, or crumbling years in the future, or newly built. But in this alternate time, there are no people, even though there are cars and markers of continued life. It’s eerily empty. But something lives there. Something with claws and a desire to eat the world, to claw its way into the here and now. While that might be the ultimate revenge, David could never let that happen to his family. But he cannot get them to listen, much less believe. How can he shut a gat 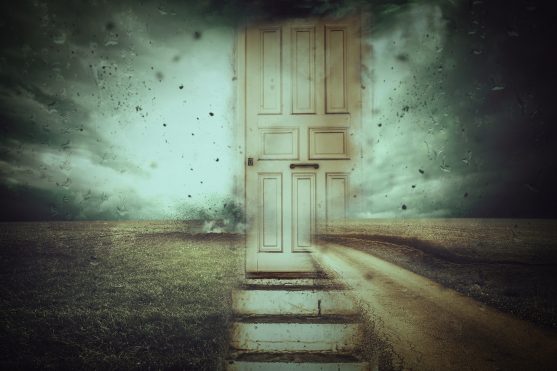 eway he accidentally opened? How can he make amends for this, the biggest mistake of his existence? With the help of an old diary, he slowly pieces together what has gone wrong, but can he stop it?

The first thing I noticed about Gulf was, frankly, how I disliked the colloquial, choppy writing. David cusses, wails, and tries to sound average and normal, albeit angsty and distinctly teenage, and it was frankly off-putting for me. It reminded me of the occasionally cringey Stephen King dialogue where he tries to make his characters sound normal, non-nonsense, and blunt, but instead creates a caricature. It didn’t resonate for me.

And then there is David. While it makes sense, especially with the amount of siblings he has, to be often unseen, there is a fairytale-like quality that doesn’t work with the forced, gritty realism. His family literally walks by him and doesn’t seem him, his invisibility a stigma that is nearly supernatural. It is too much. This forgetability needed to be more subtle to be both believable and poignant. As it is, the story takes on a ridiculous, overdrawn tinge that makes it difficult and even annoying to read.

That brings me to the alternate world beyond the door. This world leaves much to be desired. Why are there never any people, yet the evidence of them remains: food taken out and left to be made, stores stocked and led 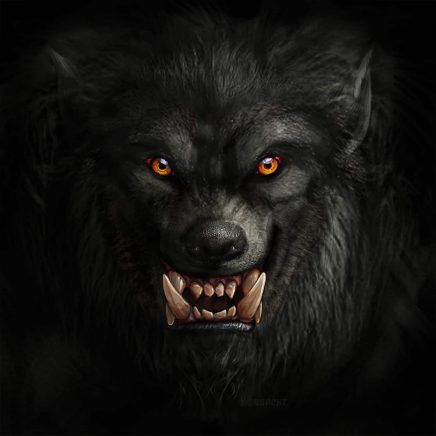 gers populated, cars parked and in working order. It makes no sense and the “hell hounds” on the other side, who seem to be semi-werewolf creatures only capable of existing in the shadows, remain murky and strange. The premise certainly has some basic creativity and promise, but the narrative fails to explain the intricacies, so instead we have nonsensical sequences tied together, an attempt to increase the danger and terror without ever explaining exactly what is happening. The fact that a 17 year old boy is the only one who can stop it all and save the world . . . well, not buying it.

Gulf finally ends with a self-sacrifice that morphs into a pseudo-sci-fi plug for a sequel where maybe, maybe all our questions about the alternate world will get addressed. I ended by giving the story two stars because the basic premise has a lot of promise. But the execution – totally lacking. I just didn’t enjoy this story. I forced myself to read and continue, but it was a slog of determination and not enjoyment, marked by many moments of frustration and disbelief. It could have been so much more. I won’t return for the sequel, if there is one.