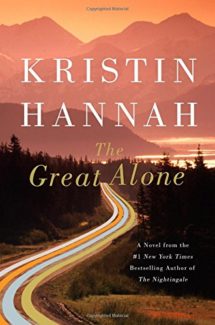 Thirteen year-old Leni is starting to doubt her mother’s claims that this time, at last, a change in scenery will cure her violent father’s PTSD and they’ll lapse into a happily ever after. Ernt Allbright, loving yet troubled father, has never been the same since his stint as a POW in Vietnam. Cora, Leni’s mother and Ernt’s overly loyal wife, claims that a simpler, more beautiful time existed long before Leni can remember and that they’ll find that magic again – just do what Ernt says. What Ernt says this time isn’t really different than their previous middle-of-the-night, leaving town capers. This time, after another failed job, Ernt is sure the cure resides in the wilds of Alaska where a man and his ramshackle VW bus can be himself, not what society wants. Here, in the wilds, living off the land, he’ll find his sanity again, a respite from the darkness that leaves him screaming in the night and not-so-secretly beating his wife. 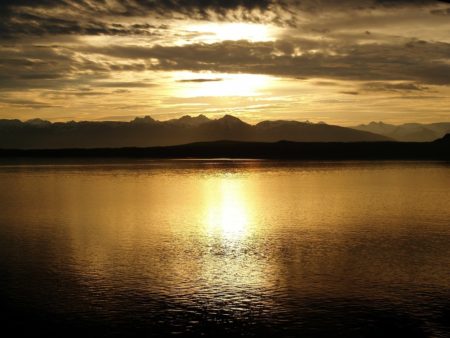 The answer, however, is never simple and while the long days of Alaskan summer and the fierce community help the unprepared Albrights embrace this new lifestyle for the down-and-out, the darkness of the long months of winter ahead and the isolation of their cabin is just the beginning to yet another downward spiral. As Ernt joins forces with a kookie army buddy’s liquored up-dad and starts spouting end-of-the-world marshal law, the toxic relationship with his co-dependent wife and his teenage daughter’s burgeoning awareness (and love life) threaten the temporary, fragile promise of peace.

An affecting novel of love and abuse, The Great Alone comingles beauty and sadness – the natural, rugged backdrop of the 1970s Alaskan frontier against the depression of poor choices and lifelong commitments. It’s a coming of age novel that fractures innocence. Leni’s belief in her family erodes as the small cabin forces her to see everything her parents have been trying to hide, from their passion to its inevitable violence. Leni herself is left to question love. Does love really involve fists and does loyalty require taking those beatings, accepting the fact that some dark day it will all go too far . . .  but he will truly be sorry. How far should one forgive mental darkness even if it is breed from the horrors of a war she doesn’t remember? 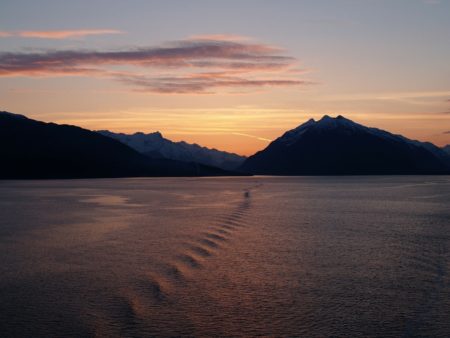 As Leni ponders her parents’ brokenness she’s also encountering the powerful immortality of teenage rebellion, a dangerous mix for a house with a devolving man. Enter Leni’s own love interest and you complicate the plot in a way that is just as inevitable as it is ultimately (albeit satisfyingly) predictable.

Against all this ragged emotion, portrayed by a narrator who is wakening to an adult world and trying to understand the lies and the truth (if any) behind them, is the fierce landscape of Alaska; it’s a world portrayed with so much love and yet, a brutal kind of honesty. Alaska is a land that will (and perhaps wants to) kill you. It’s not a place for the weak and in its very beauty there is darkness and danger. It’s not a place everyone could love, and yet Kristin Hannah kindles this flame in us. We see Alaska and mourn its loss in Leni’s life as circumstance makes her choose between who – and what – she loves most. It’s certainly never a land I would wish to live in; yet here, for the first, time I see something in its wild beauty that is appealing. It’s this something that mirrors the soul of our naïve narrator as she puts everything at risk in only the way of an ignorant teenager. 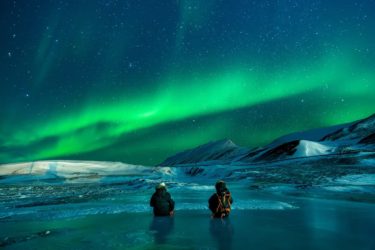 The Great Alone was a novel that kept me riveted and involved, deeply bought into both the scenery and the rough yet vulnerable characters that populated it. It’s a novel that demands an emotional investment and leaves haunting refrains of memory, both the protagonists and to degrees our own as we look through the lens of (hopefully) the older and the wiser and ponder what could have been, what was, and what is too painful to entirely understand and accept.  It’s an investment in family and forgiveness, an examination of haunted love in the depths of hate and the necessity for survival splatted against the dictates of the loyalty of silence. It’s also a piece on moving on and leaving behind. The poignancy is only marred, in part, by the ending, where it seems that even the author can’t quite accept the bleakness of bad choices and lack of knowledge, and so gives us a deus ex machina in exchange for the entire, bitter truth.