Horror in the Sunshine: Can You Really Start Over?

Teppei (husband) and Misao (wife) are a seemingly happy couple, married with a lovely daughter and new home owners at the Central Plaza Mansion; the grimness of their past, shared history and the perhaps literal ghost of Teppei’s previous wife seem far away on the beautiful spring day when they move into their new condo. The sun is shining, the birds are singing, and this is a new start. There is just one sour note in this symphony of glorious moving on: their half price all mod-con new home has a view over a graveyard, a crematorium, and an ancient Buddhist temple. The radiant sunshine is falling on tombstones, the spring air subtly polluted with the endless billowing smoke of the crematorium, the building residency unusually low, the temple a somber monster watching over it all.

When the family bird dies and Tamao (the couple’s young daughter) claims that he still visits her and delivers repeatedly dire messages, they put it down to the imagination of childhood and the fear of change. Even when strange blotched images phase over the television and freakish winds ride through the basement, the dogmatically logical Teppei has an excuse to explain the events, and the sins of the past, into nothingness.

As strange occurrences transpire more often in the oddly sequestered basement, which can be reached only by elevator, a crimson tide of paranoia washes through the sun speckled day and the couple’s seeming innocence. Is this the beginnings of revenge from beyond? The actions of an unsettled graveyard? An ancient evil? Or perhaps something more sinister and complicated, something tied to judgement and fear and the seemingly scrubbed history of the development? By the time Misao and Teppei accept the inevitable, it may be too late for them to ever leave the graveyard apartment.

Beginning with verve, The Graveyard Apartment crafts an expert sense of paranoia. Something sinister lies, darkly squirming, just beyond the reach of the sun. Even the innocence of a new family is marred as slow portions of the past are severed and put on raw display – a revelation that distances readers from sympathy and yet allows us to feel the seemingly irrational fear. The sense of premonition is slow and psychological, little abnormalities building into a crazed patchwork of what ifs compelled by the secretive sense that judgment and justice is due.

As the building gradually unveils the malevolence it contains, Koike offsets Misao’s repentance with her husband’s cavalier manner, allowing the reticent wife to claw through the remains of the building’s past for a clue. Misao, however, already haunted by a ghost which may or may not be real, was never keen on the location – the dead and buried a constant daily reminder of what cannot be undone and for what she has as yet to pay. As the hidden building records surface, we get a sense that perhaps the evil is not specific to the people, but the location and perhaps a little supernatural help – a final push from the beyond – has sent them to this alcove of destruction for a reason. But, then again, perhaps not. 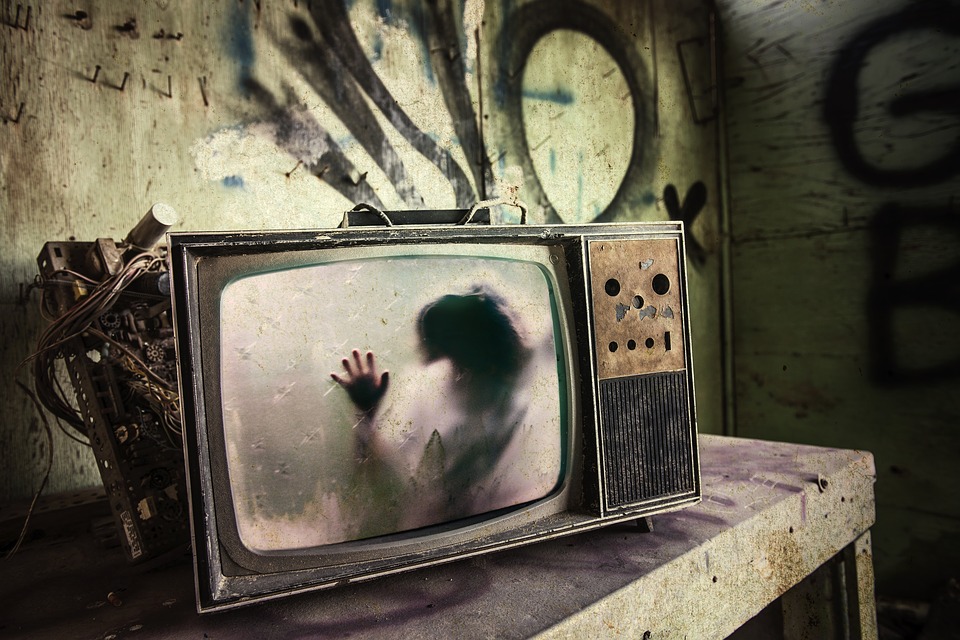 The basement soon unveils itself as the major source of the disquiet and a secret tunnel hints at the reason for the disturbance, lending itself to a grisly but mostly off-camera end sequence when the planes of the living and the vengeful dead merge.

Koike starts the spooky vibe early and keeps it well fed, a fire slowly growing. Readers start, glued to the pages, with a sense of heart pounding involvement and an overarching curiosity. As the book goes onwards and the incidents mount, offset by the serene and seemingly normal routines of daily life, the escalation of terror keeps readers wide eyed and unable to sleep. The building momentum, while slow, is constant and so, when the story begins to shift and doubt itself readers hold on to forgiveness and keep flipping pages. The devolution, however, has begun and by the time the building has emptied with only Misao and Teppei still in residence, readers are raging. Why must horror novel characters make the most obviously dense of choices and why must the already known and seen be forgotten in order to be regurgitated as some new thing each time?

Still, we are hopeful, but then the building – the graveyard – the monster, whatever the entity in power is, suddenly gains deity worthy abilities just as two side characters enter the final fray. In-between everything from controlled weather to instant death, the confrontational dialogue where we finally get into the effects of the sordid history of our couple becomes stilted. The author seems lost: she knows this is the finale and we expect something grand both from the ghosties and our people, all of whom have been walking on eggshells around the tension that ties their pasts together. We don’t, however, receive a revelation on either front and it ends with readers questioning the sanity of horror novel protagonists in general.

Not to say that the ending was all bad. There are some truly haunting sequences, but the feeling is gone and although readers, so energized by the uniqueness of the story and its ability to prickle over our skins with fear, don’t want to let go of that feeling of having found THE BOOK, we know it’s time to give it up for lost. So close to perfection, and yet the story turns on itself in the end. Couple this with the fact that all the contradictory information leaves us just as unenlightened as at the beginning – perhaps more so – and you have an atmospheric tale that just almost made it to greatness. The Graveyard Apartment is still worth reading for the wonder and captivation of the first three fourths of the story – the way in which it just evokes an unforgettable aura, but the later inspired novel by S.L. Grey, The Apartment, does a far better job at capturing the feeling, keeping the mystery, and yet delivering a shocking albeit plausible solution.