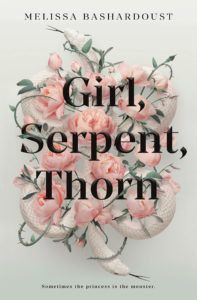 The Princess is the Monster

“There’s something restless growing within you. We’re all very curious to see what happens when it breaks free.”

In a land far, far away where royals plan lavish weddings, divs (demons) attack beleaguered villages, and an evil king once became a monster, there lives a fair princess. She watches from the rooftops and hides in her garden while her brother, the Shah, goes on adventures and protects his people. You see, the princess is one of the monsters. Born poisonous, cursed by her mother’s youthful rebellion, everything and everyone princess Soraya touches withers and dies.  And so she is hidden away, moving through the castle in secret tunnels, a living rumor, a bitter cast-off, a girl languishing for a touch she can never give or receive. Until one day, she breaks free and meets the one man (Azad) who sees the beauty in her danger. He has also brought a bound div to the castle’s dungeon – a div who might know how to cure Soraya.

“Beautiful yet deadly, he had called her. Somehow, he made one sound as sweet as the other.”

To shatter her curse and enter a world she has long watched, Soraya has to risk everything, including her family. Can she trust the young man who promises her so much? Can she see the truth behind the luminous lying eyes of the div, Parvaneh, who hints at the curse’s cure and demands a steep price for redemption? Can Soraya betray the few who supposedly love her for the promise of freedom and for the life she should have had, or is there a strange kind of escape in embracing her deadly side forever? Can Soraya accept the guilt of putting herself first, and can she resist the desire for revenge?

“She had always thought guilt was an emotion, but now she understood that guilt was a sickness, a fever.” 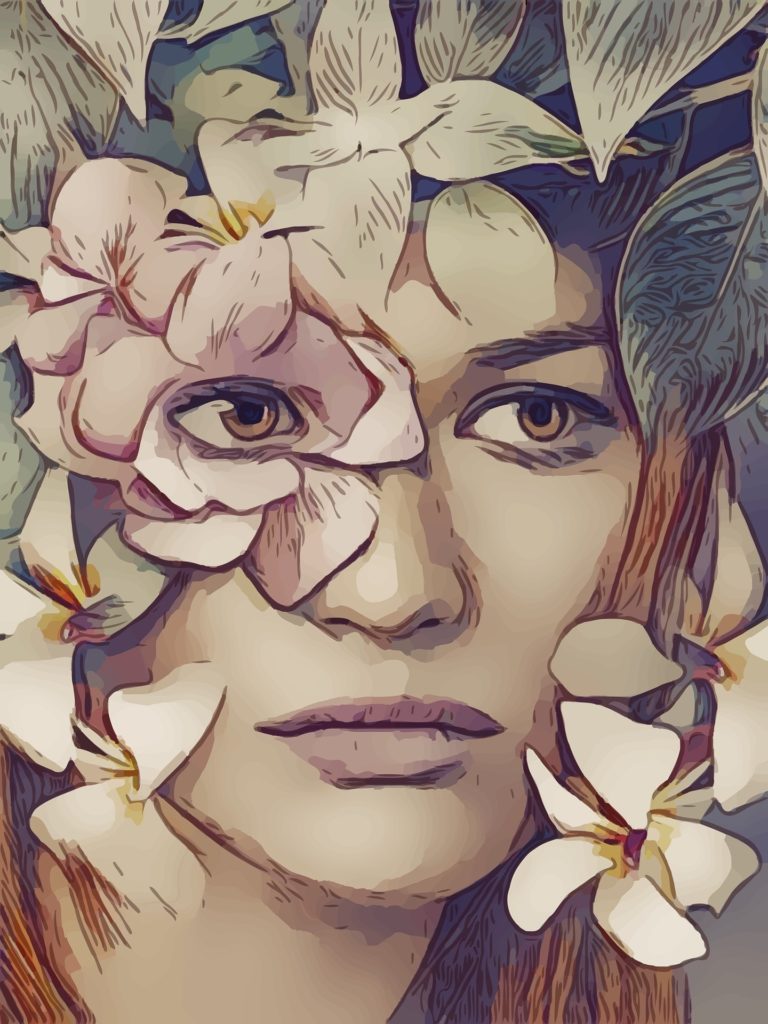 Image by prettysleepy1 from Pixabay

Girl, Serpent, Thorn is a fairy-tale in the truest sense of the word: dark, fantastical, populated by monsters and anti-heroes and a strange kind of violent anti-morality all its own. Soraya is no fainting princess, no well-wisher who suffers in silence, and the villains that plague her, from the beautiful, two-faced Azad to the winged night-creature Parvaneh are equally toxic and yet lustrously beautiful in the tragedy of their selfishness and the grandeur of their respective falls. You won’t love anyone here, but you’ll be intoxicated by their world, their betrayals, their twisting paths and heart-felt deceptions.

As with all the best fairytales, the grimness and magic entwine to create a mix that is all fantasy, and yet uncomfortably close to the reality of our hardened, desirous hearts. The message is intended to, no doubt, be one of acceptance and self-care, a happiness in the grey spaces, but that’s not what this reader got out of the story. It’s a story (a bizarre, violent one like Wuthering Heights) where everyone is bad, yet you have to follow them all to the bitter end because something between passion and curiosity has possessed you. It’s not what the author intended to say (and not what most of the readers hear), but this far darker message resonated with me more and captured the true heart of a fairy tale: the witch eats children in her candy house and the princess is a monster.

“Very well, then. Be angry. Be violent. But not for his sake. Not to do as he commands. Be angry for yourself. Use that rage to fight him.”

From the very beginning, with the traditional Persian fairy tale intro of “there was and there was not,” Soraya’s pain seeps through. She wears gloves to tend her beloved roses; she has never touched a human in her life or been touched by one. She remains locked away, visited only by her mother (who is increasingly distracted). Her twin brother, and once childhood friend, is free and happy. He never visits. Soraya is a young woman now, and it seems that all her dreams and hopes are confined to books. It’s a story of loneliness that has naturally evolved into bitterness, and it hurts. We hurt for Soraya (at first). So, it’s surprising when the div arrives in the castle and no one wants Soraya to seek the solution for her curse, and its half with fear and half with glee that we watch the good girl fall into the role first of a rebel and then of a fledgling monster. How far down this path will she go, and what does her one ally, the charming Azad, really have in mind for her?

“She had read enough stories to know that the princess and the monster were never the same. She had been alone long enough to know which one she was.”

As Soraya struggles with guilt and desire, trying to find the place in-between where she can live, she becomes caught in a situation that spirals out of control and she is faced with two choices: embrace her inner evil or fight back and attempt to right the wrong. But the choices aren’t really that clear cut and Soraya is just now beginning to slowly unearth the full truth of her curse and the true depth of the beautiful div whom she now longs to touch. No one here is truly good and every path has its thorns.

“Parvaneh seemed to be made of the night. She wore it like a gown, draped over skin that shimmered in the moonlight.”

Girl, Serpent, Thorn has a lyrical pull to it, half beauty, half despair. The entwining stories of Soraya, Azad, and Parvaneh are enthralling, both for the magic that surrounds all of them and the aching fissures of their hearts, their needs, and their dark pasts and questionable motives (if you think Parvaneh is good, just wait until you find out what she did). But the world around them glimmers too, the author populating each moment with a distinctly modern yet old-world feeling fairytale that just hits the right tone and meets a deep need within us to once again hear a story of fairies and monsters, princes and princesses, kingdoms and carnage.

“I don’t think you’re small or insignificant,” he said. His gaze softened, solemn rather than fierce. “I think you have so much power within you that it scares you, and that you make yourself small on purpose.” 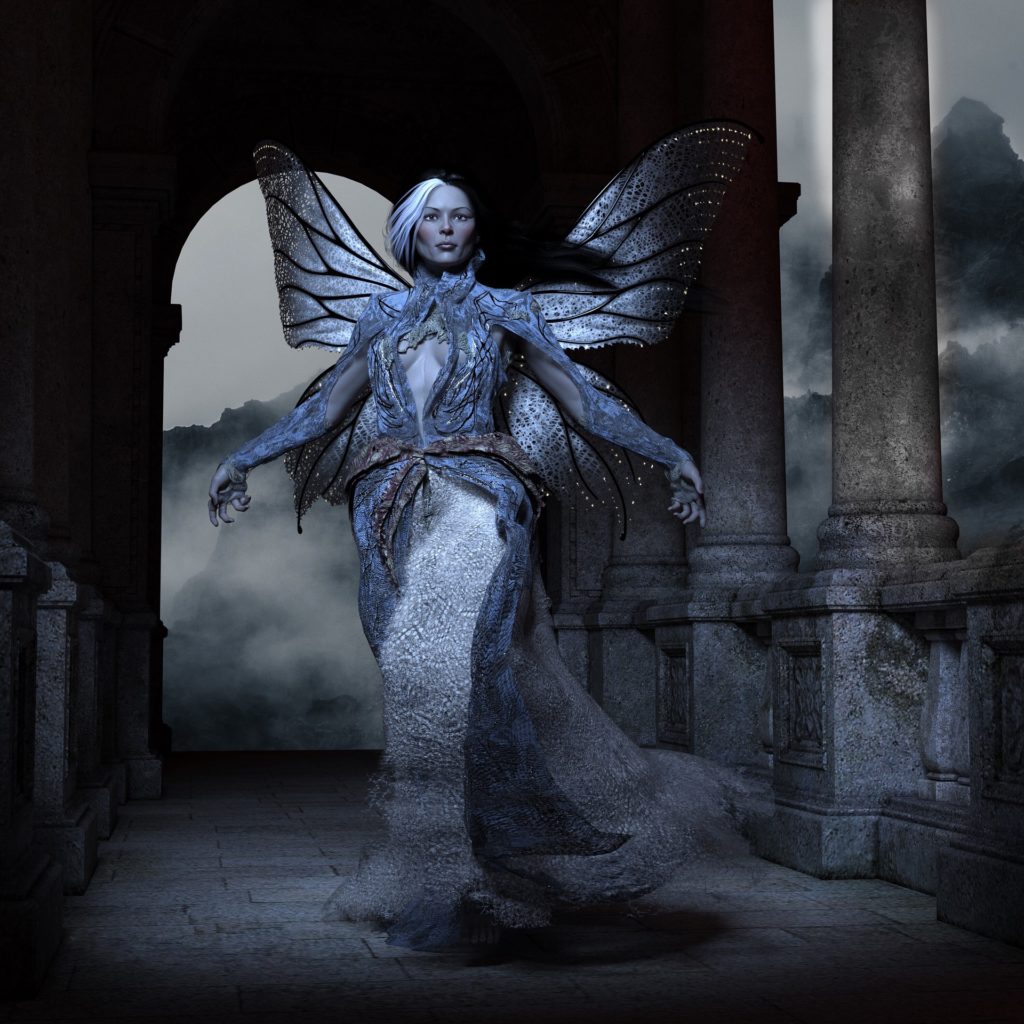 The only fly in the proverbial ointment is the ending, where the author attempts to give a ring of happiness to the “accept yourself as you are, thorns and all message.” Fortunately, our emotions soon carry us passed this happily-ever-after that is truly not earned. The damage done to family, the darkness in the history of the surviving characters’ relationship (again, Parvaneh really never offers an excuse for her own big-dark secret), and Soraya’s transformation hint that one evil has simply won over another, with no good emerging in this world.

In the end, Soraya accepts her curse and literally grows thorns. Her chosen lover is happy with this transformation and they stay with each other in some sort of presumably steamy relationship . . . .yet, if you are made of spiky thorns that drip poison, how in heck does that work? How can someone else live with and physically love you without accidentally killing themselves? What happens if you bump into each other in the night? The way the characters casually hold hands and touch each other leaves me perplexed. Isn’t Soraya back where she started!?

This is the novel that started to change my general antipathy towards YA, and has since encouraged me to pick up several other YA books (a first). The lyrical nature of the telling, the flawed characters, the creative and dark world, the incorporation of real Persian myths, the recapturing of the ancient art of fairytales. . . yeah, Girl, Serpent, Thorn is a new favorite.

Since this is YA, here are some potential warnings/information for anyone trying to determine if Girl, Serpent, Thorn is appropriate for their teen: