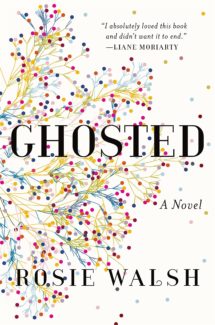 Ghosted is an unlikely romance/mystery with a modern techie tinge and, you guessed it, the heartbreak of instant gratification media with its on-demand, stream-of-consciousness relationships suddenly severed by inexplicable silence. It’s a new cultural phenomenon, this no-responsibility manner of literally reversing out – sixty to zero, constant daily presence to radio silence with no explanation. Yet, when recent divorcee and successful charity CEO Sarah takes a sad trip to her homeland of England and meets the love of her life, there is something more sinister behind the ghosting than a changed mind or immaturity. She feels it. She knows it. It was only one week – but she was sure they loved each other, that they made a once in a lifetime connection. Didn’t Eddie say as much? And wasn’t he planning to even cancel his vacation to stay with her – something she now regrets insisting that he not do. Has something happened to Eddie? Has someone hurt him? Is he dead? Does his life hide a dark secret that keeps them apart, some sort of tragic or dangerous past? While her friends shrug off the occurrence, Sarah’s secret missed calls, Facebook messages, and supreme stalking leads to one threat after another, all of them vague, none of them really from Eddie, surely. Yet they all say one thing: go away and NEVER, never come back. 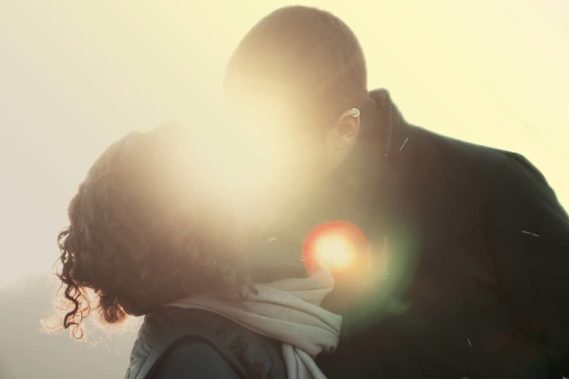 Ghosted captured my attention when it made its Book of the Month debut because of its timeliness. Although I am two years happily married, my days of dating and the half blessing, half curse of dating sites are still in my recent memory. Ghosting was something both done to me (and, I’m ashamed to admit) something I’ve done. Sometimes it is done of necessity – avoid someone who is creepy – sometimes out of sheer dislike (when telling someone clearly and nicely that it won’t work just isn’t sufficient), but many times the reasons aren’t so clear or nearly so justifiable. For anyone who has, conversely, been ghosted (and believe me, some people are good at ghosting you in person and don’t even need the help of technology) it’s a certain nagging doubt that never leaves, this all so human desire to know why, especially if everything has been, seemingly, going well. What Ghosted presents, despite the blurb and the promise of mystery, however, is ultimately more formulaic that the juicy vicarious answer we’ve always wanted.

First, the premise doesn’t start off in a relatable way. Sarah is in her forties, a successful business woman who runs a large, renowned charity firm (clown doctors, which are apparently entertainers specifically intended to help terminal children). We presume then that she is relatively competent and, since she just divorced, leaving a thirteen year marriage, we also presume that she has some relationship experience, if not wisdom. The fact that her husband, never portrayed as the “bad guy” and still her number one business partner, remains well thought of by her is strange; she seems to have divorced more for apathy; the lackluster emotion surrounding a big and usually traumatic event, along with the fact that the now broken up couple still works well together and wishes each other well, rings false. 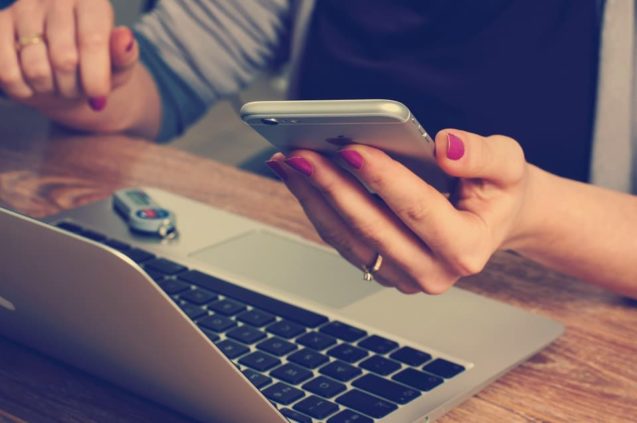 Enter Eddie. After one chance meeting, Sarah ignores the real reason she came back “home,” an ailing relative, to engage in the teenage abandonment of a love affair that is more sugary sweet than steamy. This insta-connection might fit if our Romeo and Juliet were in their pre-teens, yet at their age with the evident life experience we just presume they must have had, it seems contrived, like those battered grocery store paperbacks that prey more on grandeur than realism. It would have been at least slightly more acceptable, if not believable, if Sarah hadn’t just emerged from her recent marriage (I’m talking weeks) without showing any human emotion whether that be rage or sadness.

But wait, you say. That’s all set-up anyway. We’re here for the mystery, right? The bitterness of being ghosted finally followed by a reason why (at least, for someone). That’s where the novel settles itself comfortably into its formula. There’s a twist, yes, but it’s also made-up, an unlikely past and a grudge that simply doesn’t make sense. It’s hard to describe, without giving away, how ultimately dissatisfying and unbelievable the secret is and how enraging the fake moralism is – it’s unfairness coupled with the sheer stupidity. Really, you’re mad at someone for doing the only thing they could do – for choosing a family member over a stranger in an impossible situation. The novel is just trying too hard with way too little.

Then, there is the ending, the pyshcofantic love story making its soppy plop into a NOT earned, maddening “happily ever after” that forgets absolutely everything we already had established about Sarah, her world, her reasons for divorcing her first husband, and, well, essentially all forms of common sense. One wonders if even the suicidal Romeo and Juliet would go in for such drama, for such an irredeemable and ridiculous “love” that is all obsession with no substance.

The one thing, however, that I have to say in favor of Ghosted, the one reason I actually enjoyed reading it despite its filler level of substance, was the writing style and the utterly glorious, heavenly descriptions of nature. I did actually relish Eddie’s and Sarah’s first week together, not for them, but for the scenes of a bloomed out, spring fresh England around them. Even the melody from chapter to chapter had a certain magic to it, a sway that made us enjoy the reading experience and seek it out. Walsh does have some talent and a certain weave to her tale and while the bones are bad, the dress around the decaying skeleton is initially captivating and, even in the end, still a beautiful fabric, even though what it holds is dead inside.