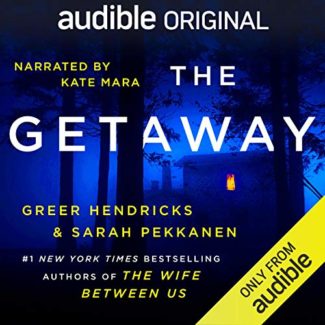 Chloe is tired of the high-paced demands of her career and decides to take an exclusive retreat where she can learn to relax and unwind with the help of a personally tailored program. It sounds like the perfect opportunity, but in reality it’s a nightmare that she may not survive.

The Getaway was another of my Audible freebies, downloaded years ago and left to languish in my audio library. It’s hard to not download a free book . . . but also difficult to take the time to listen to something that is 1) a short novella and 2) an un-heard of freebie. But, I finally got around to it, and I am so glad that I did. This pulse-pounding little snippet, half-thriller, half-horror, with its isolated feel and everything-you’ve-ever-feared-from-a-friendly-stranger vibe had me breathless and absorbed within the first few sentences.

Chloe’s yoga retreat starts off strangely. The esteemed, high rated teacher is actually the one who picks her up. The retreat is hardly the five-star extravaganza Instagram promised either. Oh, and no one else is there. The location is secret, which at first seemed like a boon, but now that she’s trapped with this strangely intense man with his own agenda, it quickly becomes a terror. 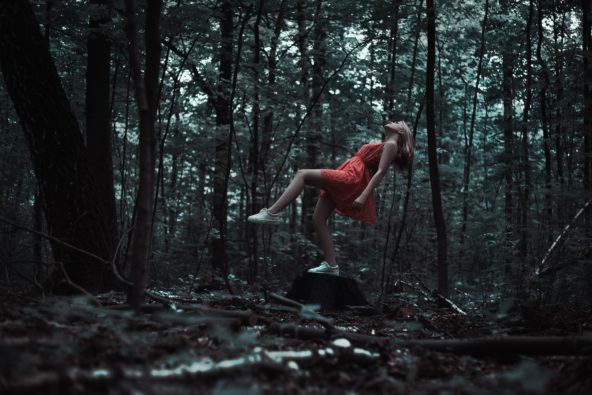 Image by Khusen Rustamov from Pixabay

As the story progresses, we deal with murder, madness, and every woman’s biggest fear. Chloe’s attempts to unweave the mystery surrounding her and what the teacher really wants leads her down a dark path where she meets another woman who slowly shares the story. Chances of survival are minimal, and Chloe will have to be very clever and very fast to escape.

The Getaway is both fun and terrifying. The atmosphere is just right, the revelations fast but well paced, just elaborate enough to build a complex web without getting too intricate. The villain is suitably psychotic and the back-story slowly revealed in tantalizing portions, keeping the drama going to the bitter end. The story is just fun: a perfect mélange between stranger-danger and isolated-lost-in-the-woods paranoia with some near misses thrown into the mix. I will definitely be checking out both of the authors now and looking to snag some of their novel length works.