From the Hood to the Hill 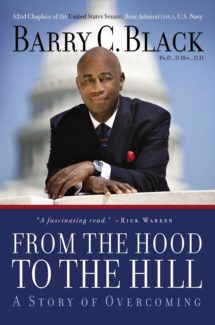 Soon after starting my new job working for the Library of Congress, I learned through the grapevine that Senate Chaplain Barry Black  hosted a regular Friday Bible study in one of the nearby Senate buildings. Having already joined one lunch time Bible group and found it amazingly fulfilling and in-depth, I decided to venture out on the DC roads and see just what Chaplain Black had to say.

The studies have a certain formality to them; chairs arranged in a semi-circle, the feel of a modern church or large scale reading. Podiums (which he never uses) and microphones, printed agendas with places for listeners to fill in the answers to sermon focused questions. It’s not so much about a particular book of the Bible or even chapter, but thematic in the sense of a sermon with the meandering force of someone willing to share his own life and run a conversational gauntlet while working behind the scenes to tie everything, even the casual and laugh-out-loud jokes, into an overarching moral take-away. Dynamic, lively, and sincere, the talks captured me and jolted me out of my Friday worker malaise. That’s when I heard that Chaplain Black was also an author. Working at a library, the chance just seemed too good.

From the Hood to the Hill is Chaplain Black’s first book and is an autobiographical account of his beginnings in the ghetto (a child of a single mother household) to a Navy Captain and eventually to the 62nd Chaplain of the United States Senate. The book, however, is more self-help oriented than reveal-all. Each chapter is like one of his sermons. He uses himself as an example, derives a solid point, shares some background and history, even a bit of soul here and there, but never wavers from teaching the lesson that is at hand. Black shares his biggest struggles, more as lessons than revelations, such as his unpopular adherence to 7th Day Adventism; his religious aversion to violence, which mixes strangely with a career in the Army/Navy; and his encounters with racism as an African American in both the Navy working world and in the religious sphere. 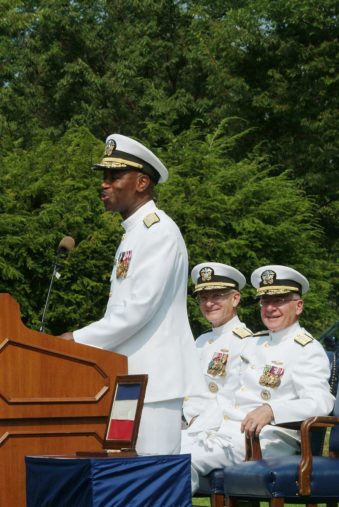 From the Hood to the Hill is an uplifting read, and also a strict read in many ways. Black’s main points could be summed up as: 1) follow God above all else and 2) the Lord helps those who help themselves – i.e. work hard. Black makes no bones about it: his success, especially as the first black Senate Chaplain and as one of the few African American Navy Captains, is due to his stalwartness and unmoving adherence to unequivocal truths: God and his own human dignity. Barry Black is also the type of person who takes no excuses and motivates the reader by noting that hard discipline (yes, even military style) is a balm for the soul and a great guideline for rising above the pitfalls and misfortunes of life.

While decidedly inspirational, the book’s obvious intention to be a lesson, as averse to a revelation on one man’s incredible journey, makes it ultimately less memorable. Affecting, yes. Worth reading, most certainly. But what really differentiates this from any of the other self-help books on the market? Barry Black still seems far away, an undeniable hero, but one that is hard to actually touch. Here he is lecturing and we want to hear him sharing. His messages, as they always do, hit home and make us think, but as with most well-intentioned advice, it’s soon forgotten or amalgamated into a general theme. In the end, we want to know more personally this incredible man who has gone through so much, achieved so much, forbore so much, on a personal level. We want more than a glimpse at this incredible soul, showcased in a well-intentioned sermon. We want well and truly to know the man.