For Better and Worse 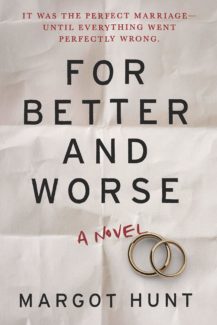 If someone hurt your child, would you kill them? If you knew you could get away with it, what kind of murder would you plan as recompense for lost innocence, a destroyed childhood, the deception of a friend looking for a chance to abuse the person you love most? Would there be such a thing as too far?

Natalie Clark, famed and ruthless defense attorney, is confronted with these very questions. And she knows the answer right away. A cog in the broken justice machine, an attorney more concerned with getting her guilty clients off than justice, she knows just what going by the books will do to her young son, already sexually abused by a supposed paragon of the community who will take every dirty legal out possible to save his skin and reputation. It’s time to plan the perfect murder.

Will Clark, pseudo-bored corporate attorney and lackadaisical husband of Natalie, feels differently. Despite the couple’s first date, where he bragged that his intelligence would allow him to commit and get away with the perfect murder, Will neither has the guts nor the gusto to take justice into his own hands. He also has a bit more going on at the office than he’d ever be willing to admit to his faithful, unobservant wife. 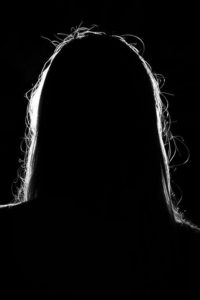 That leaves Natalie to figure out the perfect crime and somehow drag her husband into the fray. There is no such thing as perfect, however, as the ill-fated couple soon learns. As bad goes to worse, escaping the law, and the country, might be the couple’s only way to shield their son from the consequences of their own actions.

Told with a breathless sort of irony, For Better and Worse is a slow paced thriller with a certain self-indulgent quality. It’s the scenario that appeals to our darkest vigilantism and our highest moral code, protecting a child. Add anger and mix in the ultimate challenge, the darkest sense of power and judgement, and you have an explosive mix of topic and potential. Justify it with two characters who, while sympathetic in their quest to protect their son, are otherwise immoral and unscrupulous, and you have a dangerous license for a darkly pleasurable vengeance – a concept that is literally to die for.

But you say – what happens to the child is too far to actually allow for any pleasure in this ultimate, get-out-of-jail-free vicarious revenge story. True, yes, except Margot Hunt spares us the details – and the young Clark boy the actual act of violation, allowing us to nod at the shielded horror before diving into the satisfying revenge. This villain deserves neither compassion nor leniency.

Where the novel falters is in its hubris, and I don’t think this was intentional. We know, ultimately, that it is the nature of a thriller in general and a revenge story in particular for something to go wrong. Indeed, wrenches are flying all over this plan, proving that Natalie is not quite the brains she has always thought herself. What’s annoying here is that so very many of her schemes are exceptionally amateurish, from buying drugs from her own scumbag clients to searching murder techniques on the coffee shop WiFi. The hubris of the promise – here is a criminal defense attorney who knows all the ways around the system – soon showcases itself as a brag. Yet this doesn’t fully make sense. Most, if not all, of Natalie’s mistakes are not panic but pure stupidity, early on. This comes on as lack of forethought and research on behalf of the author. 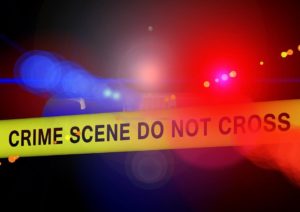 Yet it’s not all doom and gloom. We, as readers, really want to buy into this shady story, even if some of the execution lacks the panache of the perfect crime. And so we wince with some of Natalie’s decisions but dig in for the ride anyway. And we enjoy ourselves. Sadly, it’s not the perfect crime sort of novel, the epic of revenge, but it’s got some darn gripping sections and the ingenuity of uniqueness on its side. The fact that none of the characters (other than, of course the son) are likable even adds to it somehow. We don’t have to sympathize with Natalie and her husband, which gives us free range to enjoy the comeuppance of all the different villains who populate this tale – from the shattering of the Clarks very flawed marriage, to the murder of a pedophile, to the slow dissolution of Will, to the survival actions and reactions taken later.

All of this guilty reading, however, ends on a low note. We get the deux ex machina that, actually, we kind of wanted (thanks to the nature of the murdered) but it’s unsatisfying, a little archetypal. Follow that with the happily ever after family vision that is soon spoiled by the interior thoughts and schemes of Will and Natalie (who have learned nothing) and you have an ending that is meant to be surprising but is more blemished than anything.

Still, I liked it so much for both the fast reading and the gratuitous audience serving, that I found it not only worth reading but passing onward. Yes, it’s the traditional thriller beach read, but for all that it’s still fun, still inheritably thrilling in its justifiable darkness. I just liked it, enjoyed it, got into the flow of the chapters, the transitioning narration, the short tense moments of paranoia interspersed with rage. It’s not brilliant, but it certainly isn’t half bad either. Hunt is an author who is on my radar now, even if For Better and Worse lacked its promised perfection. Maybe the next book will have both the promise and the full style to deliver in equal measure.