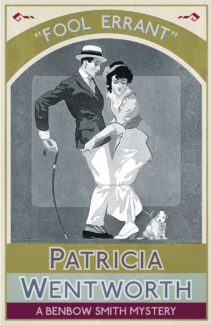 In this 1920s mystery/thriller, Hugo Ross is so desperate for a job that he skulks around the foreboding house of an eccentric inventor, hoping to be hired on as assistant. And he is! But a warning from a mysterious woman who was running away has left him suspicious. The renowned inventor, Ambrose Minstrel, and his snarky secretary aren’t exactly on the up-and-up. The tantrums, the strange requests, and the bizarre men who are now following Hugo lead him to suspect that he is the unwitting fool in an elaborate set-up. He can’t get the warning and the deliciously strange woman out of his mind. When she calls again, Hugo decides to use his family connections to talk to Benbow Smith, a shadowy spy figure who sheds light on the real treacheries Minstrel is setting into action. Will Hugo take the high road and risk himself for truth and justice or will he chose to leave behind the dark mystery before it overtakes and destroys him?

This was my first encounter with Benbow Smith and Patricia Wentworth, and I was instantly enamored by the old world power of a story where characters cannot easily escape schemes with the aid of a cell phone or well placed network. The isolation of Hugo, plus his general naiveté, and the hunched gothic home of his very mad inventor/master are suffused with that classical mystery pull. Add in the intrigue and a dash of (unrealistic) romance and you have a well rounded story that runs the gauntlet from exciting to oddly cozy at times. It’s fun and plucky, dangerous with the spice of 20s gangsters and big-time espionage, with the underdog coming through as the hero of the tale. 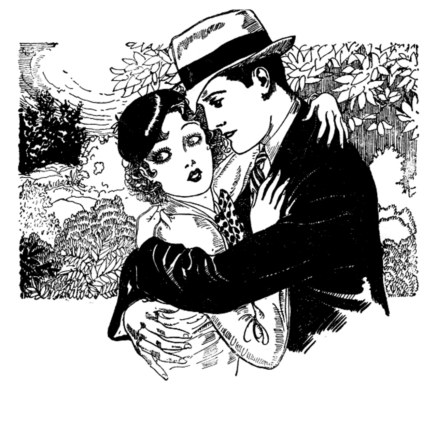 Image by Oberholster Venita from Pixabay

The only moment where Fool Errant shows its age in a less than pleasant way is through Hugo’s romantic interest, the feckless Loveday. Loveday is, surprisingly, a character that requires a degree of respect, in that she does pull some fairly clever moves and is integral to the plot. But she is also repetitively, childishly silly, with long paragraphs of inane dialogue. What Hugo sees in this fluff-head is difficult to understand, and the romance stalls a bit as we trip over the trope of dopey female characters. For its time though, it was probably pretty daring to have a female lead with enough gumption to tangle with the sorts of characters pitted against Hugo and to take a hand in a dangerous and breathtaking ending.

The plot moves along nicely, starting with some atmosphere, that Alfred Hitchcock like sense of black-and-white menace and paranoia, but it also has a very modern feeling pace, with a lot happening and many near misses and twists and turns. Fool Errant is gloriously appealing, edge-of-the-seat, with just the right combination of snark and scheme, fully evil villains, and a few reticent side-villains who shed a humanizing light on the plight of women pulled into crime. It’s hard to guess exactly how it will end, and while a few elements are a little too convenient (ahem, Loveday again) everything wraps up with a satisfying explosion of revelation and happily-ever-after. I am addicted and will certainly be returning for more mystery and big-time shenanigans in the Golden Age. Now if I can only find a flapper outfit…