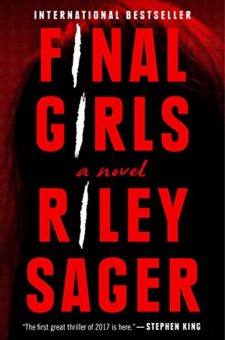 Like pretty much everyone else, I got pulled into the thriller genre through Gone Girl and have steadily been looking for another book that could both hook and surprise me. Being a long-time Stephen King fan, knowing that the master of horror recommended Final Girls as an edge-of-the-seat adrenaline ride, and seeing Book of the Month’s glowingly somber review, I knew that I had to try the serial killer special for myself.

Final Girls opens with Quincy Carpenter who leads the epitome of a life that is too good to be true. One of the three famous “final girls,” a collective of young women who within the last decade experienced and somehow survived Friday the 13th like massacres, each at the hands of whimsical psychotic killers, Quincey has benefited thanks to a big court settlement and suspiciously blank memory. Add to the mix her high powered public defender boyfriend and famous cooking blog, and you have a seemingly idyllic life. Even Coop, the cop who originally found Quincy, bloody, battered, and running through the woods from a rampaging killer, has remained her friend and is on call whenever a hint of trauma returns, whether it be from an anonymous letter or simply a bad day. Their weird sexual energy only proves that despite the gore of the past, Quincy now has her cake and is eating it to. But is what happened to her and her college friends in the long ago Pine Cabin really over – or just beginning? 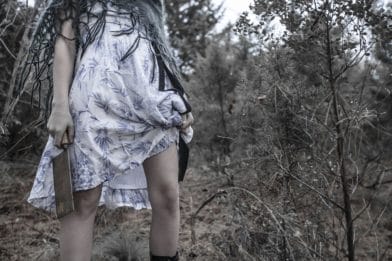 When one of the other three final girls, none of whom Quincy has met, is found dead under suspicious circumstances, oddly chronological flashbacks from the past begin to haunt our near murder-victim turned Martha Stewart bake-blog queen. When Sam, the last remaining final girl who has been off the grid for years, suddenly shows up at Quincey’s doorstep with accusations and a chaotically enticing brutality, Pine Cottage begins to slowly take shape again and Quincy wonders if she is really the woman, the victim, she has lead everyone to believe.

The usual oversexed college girls on a party trip turned into a shriek-fest haunted night is oddly appealing for its kitschy, late-night movie with friends feeling.  The popcorn and terror, punctuated by slow-building flashbacks is fun and gives the novel the vibe of a forgettable, but momentarily immersing thriller. Great storytelling, ala the twists and dark spins of Gone Girl, is pretty obviously missing, but the book is a rollercoaster of forbidden and voyeuristic terror that appeals to the hidden teenage movie goer in us all. Stephen King’s assessment of this being a great thriller . . . well, I guess even the master and one of my personal favorite authors can be wrong at times.

What is unusual about Final Girls isn’t exactly good. The pacing, especially for a thriller, is slow. The present day Quincey is a trite character and while this is normal thriller fare (cardboard or even unsympathetic characters) her interludes of boyfriend troubles and baking glory stifle the story’s impulse to go for the gold as fast as possible. A thriller that’s being reigned in, held back, is just plain strange. Fortunately, I’m a fast reader and was just in the mood for a good dose of junk-food fiction, so what was a huge stumbling block for most was only a little gripe for me. 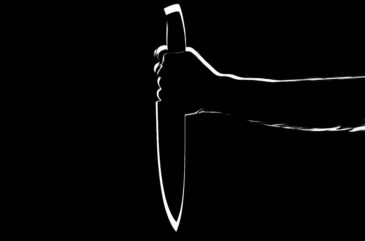 The rest of Final Girls follows the formulaic thriller set-up – amnesia, an interlude of suspecting that the killer is actually the protagonist, a “shocking” albeit obvious scenario of surprises, a twisted relationship, a return to the scene, and a final confrontation where the cowering victim channels their inner badass and rights decades of trauma with one ballsy move that frees them from mental oppression. None of it is believable, although we knew it wouldn’t be once that convenient amnesia was introduced to the tale. Still, it’s not poorly done and the flash-backs of Pine Cottage are the best portions of the novel, keeping readers eagerly turning pages for the next insight into a warped night of torture and murder.

In the end you won’t like, care about, or sympathize with anyone, despite the grand gestures and the hefty body count. After all, the small cast has been shuffled around and their flaws exposed, each separately staring as could-be killers, each with their own insidious and/or selfish motives. The killer is text book crazy, the amnesia a plot-sham that conveniently unravels as more revelations are needed, yet Final Girls isn’t a bad little read.  Pick up a copy at the library, grab a beer, some popcorn, and hunker down into movie night mode and I guarantee you’ll have a good time. Greatest thriller of 2017, however, it is most certainly not. Memorable – no. A fun, one-time low key read, or even a beach read, yes.