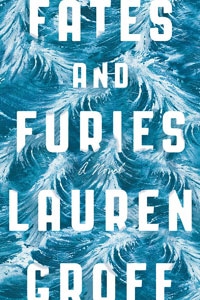 “History is a set of lies agreed upon.”

(above quote from Napoleon because I, too, can be a smarty-pants)

From the addicting Book of the Month club to the rave New York Times review with all its mentions of Greek choruses, Shakespeare, and Sophocles, to the teasing of female fury in NPR’s review, and finally, the exquisitely intriguing Lit Up PodCast with author Lauren Groff the Internet besieged me to stop everything and read Fates and Furies. ‎Ostensibly a story of marriage, the narrative is more encompassing, a character study and a discourse on perception and the secrets we must withhold – how we never truly know each other. It’s effectively a deep topic, both beautiful and sad, and all the literary book review blurb and the author’s own spicy interview promises something epic and memorable along the lines of a Jeffrey Eugenides offering. Indeed, the melancholic tone and addictive writing spiced with memorable and quotable sentences starts Fates and Furies with that Eugenides air for deep drama and characters who, despite their bizarreness, capture us with their likable, lamentable brokenness and the very realness of the atmosphere in which they live. At least, this is the way the novel begins, readers flinging their perceptions and acceptances wide to embrace a story we have been preconditioned to consider great. As the narrative begins to reveal that the Emperor, indeed, has no clothes we try to take a moving sentence here, an elegant structure there, a pompous reference here and drape a cloth, a sweater, a towel over our naked, shivering subject. Eventually, we give in and watch the rigor mortis set in as the tale freezes itself with its own clever daringness to “bare all” in the pursuit of some sort of bohemian truth.

Divided between the narration of a narcissist nymphomaniac and a gold-digging truly evil woman, the two parts of the story are separated. It’s the same story – supposedly – but from two completely alien yet bonded perspectives. The idea here is to show how you project yourself, what you believe and what others con you into believing, and how ultimately this shapes your perception and that truth is, essentially, not merely relative, but imaginary. This makes a bleak statement for marriage, friendship, or a relationship of any kind – a constant dance of lying that leaves the narrative feeling dry and brittle, the life sucked from the marvelous words.

The first portion of the story is about the husband in the marriage, famous playwright Lancelot (who goes by Lotto – haha, get the reference to chance that sledgehammers us throughout the book) who spends his boozing growing up years with drug riddled “friends” discovering the joys of sex. Separated from his friends by his mother and sent to boarding school, in a true Freudian fancy, everything about his life from here forward has a direct correlation to his childhood, including his “golden” aura. Popular with everyone, talented, beloved, Lotto has the life and a constant parade of women (and men) trailing in and out of his bedroom until one day, he sees Mathilde and decides to marry her. This marriage occurs two weeks later and from here forward the story showcases Lotto’s delicate ego, maintained by the ostensibly good wife, and his rise to fame and greatness.

Going from a carnal world of pleasure fulfillment to a life of monogamy within a two week span, and sticking by this great love which apparently has no curiosity or desire to understand its object (or, you know, basic things about her) the unrealistic love story is more sad than anything. There is something sticky and degraded about the two, something about the unemotional way in which the feral sex scenes spiral them together into this climax of . . . nothingness. Lotto is stuck in his head. Mathilde is playing her social role as the wife. The text is becoming ever more pompous and filled with Lotto’s arrogant plays and words like “breastcicle” and “peen.” While sometimes the words are sonorous and beautiful, although emotionally empty, by this point the story just wants to show off how much smarter it is than you. Look at all these big words. Look at all these literary sentence fragments. Look at all my references to the other, true greats. We get it. The writing is beautiful, elegant, sometimes downright poetical – when the story isn’t trying too hard to fluff its plumage and show off – all air and feathers and brittle bird bones (how’s that for an overly pretentious, completely unnecessary metaphor).

Lotto’s first portion of the story, full of drunken sex parties and “intelligent” conversation between meaningless secondary characters abruptly ends with death and his understanding that it doesn’t matter who Mathilde is. She served him a good lie. Even his ghost mother thinks he should be grateful because ultimately, that’s as good as it gets. All I can say is – excuse me while I start up a round robin suicide. . . .

The second part of the slow paced “story,” if you can call this sleeper with literary ramblings a story, focuses on what NPR calls “feminine rage” which is quite possibly one of the most sexist remarks I’ve ever heard. Mathilde is a being of pure evil with no true feeling other than her love for Lotto which is uncharacteristic and inexplicable, especially because it softens her in no manner. Beginning life by deliberately tripping her baby brother downstairs, killing him so she would have all of the attention, Mathilde is a shocking psychopath, taking out her rage at then being abandoned by heartbroken parents on pretty much everyone who crosses her path. The simulacrum of a good wife, the perfect woman, is shattered with what Groff, in her interview with NPR, states is a strong figure of female rage who does not implode Anna Karenina style. Instead she devises, deceives, and destroys and for this we are supposed to see her as the every-woman? How dare you.

The narrative further breaks down when Mathilde becomes pregnant, has a secret abortion, and then sterilization procedure, leading her husband to believe that she can have children and letting him, in his own self-deluded and selfish way, anticipate them. The lack of honesty, what we like to call “open communication,” is appalling and sad. It leads readers to doubt everyone and everything and, in the end, it leaves us with a book where we don’t like, sympathize with, or even understand these alien, weirdly anti-emotional, static characters. None of these people come alive and the circumstances of their lives, especially the way in which childhood forms each and defines them their entire life, is remote and so much in the brain and philosophy that it forgets to ever touch the heart or have a chord that resonates with the true every-woman or every-man. In the conclusion, we realize that men are selfish and women are ruthless and ultimately, everyone is craven, evil, and deeply, despairingly empty. This is great literature, a portrait of marriage, an examination of life? Perhaps the greatest deception of all is the many, many lies which this book tells us about ourselves and about each other.

*Note on Edition: I listened to the with Lotto’s portion (Fates) read by Will Damron and Mathilde’s portion (Furies) read by Julia Whelan. Both readers did an exquisite job and breathed the atmosphere and emotions of the text. Sadly, since I loathed the story and characters, I still couldn’t fall into the world of the recording but the narration itself was flawlessly done and high quality. Kudos to the readers who tried so hard.