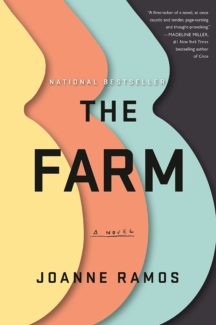 The Secret Lives of Surrogates

How far would you go for your future? What would you do to save your child? What if the solution seems like luxury but the costs are ethically dubious? What if, ultimately, you have no choice?

These are the types of questions, intermixed with discourses on race and wealth that The Farm covers. Jane is a young immigrant from the Philippines, left alone and pregnant by her cheating husband, living in communal houses with her elderly cousin, Ate, who is renowned for her luxury nanny services. Ate, with her legendary infant care and ability to compartmentalize everything to create the ultimate service, attempts to be Jane’s mentor. When Amalia is born, though, Jane’s shifting loyalties cost her potential future taking over Ate’s carefully crafted empire.

Enter Golden Oaks, a luxury surrogacy agency that matches hosts with wealthy clients. For nine months of your life, carrying another’s child, you get treated to gourmet meals, personalized trainers, massages, and more. The surrogate uniform is even cashmere, a garment Jane has only ever encountered when washing someone else’s laundry. The catch – she has to leave her own new infant in Ate’s care while locked in this resort, mothering a child she will never even be allowed to see much less raise.

As Jane settles in and finds herself intimidated by the luxury, she meets Reagan, her wealthy white roommate. Regan is your typical well-meaning trust fund child, seeking financial freedom from her tyrannical capitalist father and wanting to do something good (and preferably artistic). Reagan doesn’t understand her strange roommate who would rather clean-up the room than make friends with the other surrogates.

Lisa, Reagan’s outspoken, materialistic, and more than a little paranoid friend also takes an interest in the quiet and easily persuaded Jane. That’s where all the risk begins.

Meanwhile, Ate has gone off the grid and Jane’s fears for Amalia are rapidly increasing. Her stint in Golden Oaks, nicknamed The Farm by an Orwellian Lisa, is becoming a nightmare of imprisonment. Her little girl, somewhere out there, is in trouble and she knows it. When her new friends, with more resources, make some discoveries about Ate and her true motives, the situation appears even grimmer. Jane must decide between making the money from her surrogacy and ensuring the rest of her life or breaking the contract and the rules to check-in on her daughter and confront Ate with the truth. 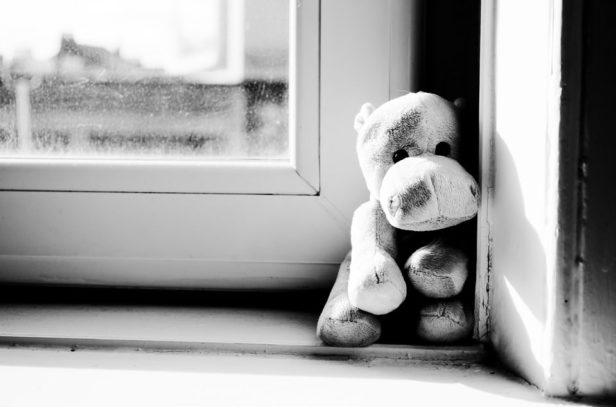 The Farm is a captivating book on many levels that encourages readers to think while at the same time, not really going quite far enough. The most interesting concept here is the extreme commercialization of surrogacy and all the ethical considerations and legal formulas that must go along with it. Similar to Kevin Wilson’s Perfect Little World, it has a bit of a science-fiction edge as we take things that are already happening and multiplie them to the nth degree. Here’s how far it could, it probably will go, the book whispers. Indeed, it wouldn’t be so difficult to image a real life Golden Oaks going up sometime this year, which of course divorces the science-fiction element and makes it science-fact. We’re looking at when and what next.

This is where the book disappointed me. The surrogacies are back-burner to the wealth and race disparity (indeed, white hosts are considered premium and get better benefits). True, both are extremely relevant in this fictitious world where people essentially sell their bodies and nine months of their lives to be implanted with eggs (most of which have serious medical issues that the hosts are entirely unaware of), yet the complications of surrogacy, both health wise and mentally, are dismissed by patients and founders alike. The sharp witted, take no prisoners Mae, who essentially watches Golden Oaks and dreams of expanding, doesn’t take the medical side into consideration. Jane, ignorant and easily lead, also doesn’t read her own contract or seem aware of the risks. The other hosts, even the ever-paranoid Lisa, are equally unaware and unconcerned. We receive no details of the implantation and rarely any medical asides. The risk factors of IVF are never discussed and the pregnancies all seem to progress as though they were biologically instead of scientifically aided. I wonder.

Likewise, the women feel nothing for the embryos inside of them. I expected some emotional complications, at least from some of the patients, but there was none. The women act about the babies as though they are merely a non-personal commodity to sell. Again, I wonder. Could it really be this simple? Would there not be one person to rock the boat, so to speak? Could everyone be this business minded, especially when they had been allowed no contact with the outside world and their own family for nine months? 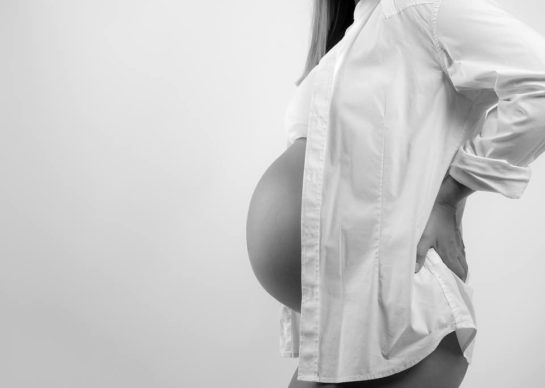 The story continues and Jane herself proves an irritating heroine. It didn’t help that I listened to the audio version where Fran de Leon spiced Jane’s dialogue with an incredibly fake accent. Jane is spineless and servile. While this works with the wealth disparity and the way she has been treated throughout life, more slave than human, it makes her a difficult character to fully understand. She desires nothing but continued servitude and we want to see some anger on her behalf or at least a questioning of the supposed superiority of everyone who uses her from Golden Oaks itself to her well-meaning but oblivious roommates to Ate. In the end though, Jane remains pliable, a stereotype. We know we should feel enraged on her behalf, but it’s difficult because she is her own willing oppressor as well.

The conclusion also reinforces our general distance from Jane and also flattens what had been built up beforehand. The ramifications of these contracts and the creeping take-no-prisoners horror of Golden Oaks comes to a head through the actions of frantic characters. And here the  curtain drops and we see everything epilogue style, years later, with a dissatisfying happily-ever-after that (perhaps purposefully) is a faintly guised perpetuation of man’s inhumanity to those who are perceived as socially or racially less. It’s disturbing and also incomplete; so many questions and dilemmas were dropped, the ending itself out of character for the vitriolic businesswoman who sells other women and ironically immigrants.

Not to say that The Farm isn’t an enjoyable read that starts a discourse, less about surrogacy and its realities and complications, but more about how we treat and interact with one another and the choices women are forced to make for their families. It could most certainly go deeper, but even at the surface level it’s an intriguing concept and readers never put the book aside to forget it. The ideas and realities here are just a beginning, but they are enough to encourage readers to think and to also spark our imaginations as we follow these women through Golden Oaks and into what waits for them afterwards. It’s a good opening for a sequel that takes the realities and dangers of surrogacy more into consideration for the hosts. It’s also, as is, a strong discourse about nannies and the “help” that we thoughtlessly employ and how society and wealth allows us to treat one another as subhuman commodities and the anguish and horrible conditions that breeds, especially for immigrants.