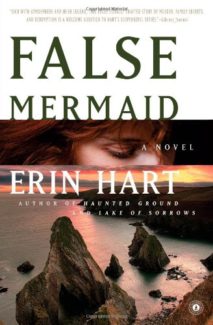 Murder is a Family Affair

While the ancient Irish bogs have birthed their preserved secrets and given pathologist Nora Gavin an insight into fossilized civilizations and modern reasons for murder, her near past remains very much a mystery. Having followed her now lover, Cormac Macguire, through the murky Irish bogs and the reasons for current killings, she now must separate herself, return to America, and face a past that will not – should not – stay submerged.

Nora’s sister, Triona, has been dead three years now – her broken, assaulted body discovered in a cutaway place in the woods, her mysteriously sinister husband, Peter Hallett, Nora’s main suspect. Hallett, however, appears clean and only the evidence of a last, strange phone call and Nora’s gut instinct point otherwise. Now divorced from her own family for the accusations she perused after Triona’s death, Nora is sneaking back to once again look over the clues. It’s now or never; Triona’s ten year old daughter lives with her father and his new wife and she is old enough to ask questions. Nora doesn’t want another dead body on her conscious – not another family member left to molder while a clever murderer leads a happy life supported by lies. Her budding relationship with Cormac is not enough to stop the pull of her past and her perceived duty. She has solved murders thousands of years old with far less evidence and without the gut conviction. It’s finally time to lay her sister to rest and bring the killer to justice – additional family turmoil be damned. 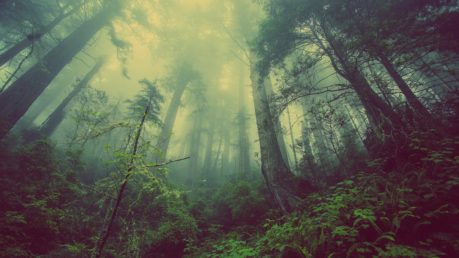 Shifting into different scenery, False Mermaid finally delves into both Nora and Cormac’s backstories. What drives two lonesome, single people, to dig in bogs for ancient bodies? What takes these two outcasts and solidifies them together when no one else can penetrate their defenses? What long submerged secrets are poisoning them? With precision, author Erin Hart knows that it is time. Her characters are ready, after their two prior (grisly) adventures to face their own demons and the horrifying darkness that resonates throughout their past. Readers are also ready – invested – and we can forgive the shift of scenery and the richness of the bog for an equal, unplumbed depth of character and resolution.

That’s not to say that we don’t have the traditional atmospheric pull of ancient Ireland, dense peat bogs, and sinister buried secrets beneath skies streaked grey with rain. A sideline story of the ancient tale of a selkie, and how these tales hid abusive relationships and murders, evokes the dark we have long come to expect and love from Hart. Seals and imagery of creatures, violently tugged away from their homeland and forced to live a lie, longing to return yet blocked by the inescapable human presence of treachery and the hidden nature of all things, enforces the atmosphere. As usual, Hart summons a rich bleakness that is so poignantly beautiful that it is almost cozy.

The two main stories, Cormac’s confrontation with his father and Nora’s family murder investigation, weave about each other. Yet, Cormac’s story is mostly sidelined, and doesn’t really have a true ending – which is admittedly realistic but not satisfying. The circumstances of Triona’s death, however, invests us. Is Nora paranoid? Is she right and her family under the spell of a killer in their midst? Is it some strange combination of both? What really did happen to Triona and how was she able to disappear so effectively yet brutally? 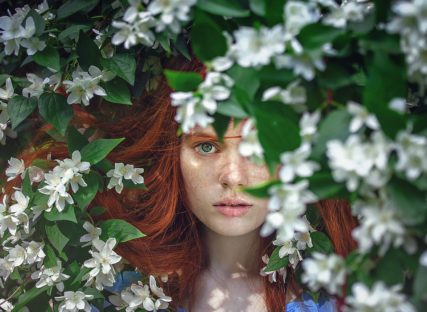 This time Nora’s investigation starts to yield new results, mostly through happenstance. Some readers are irked at the convenience of these revelations – why now? If the investigation before was so truly thorough, why did Nora not find the left behind clues? Why are they so easy now and, dues ex machine like, lining up to give a full portrait? The answer, dear readers, is in faith. Why do things ever happen when they do? Why are some seasons right and others not? Yes, portions of The False Mermaid are cop-outs on the author’s part; yet, I’m willing to accept the very nature of fiction and the suspension of belief that is necessary. It’s not perfect and this flaw service to remind us that our characters are not real and that, while engaging, the story is just that – a story.  Still – it’s a story that we enjoy, that engages us along the way.

As the book ends, a complicated weave of facts and presumptions collapse to create a dangerous cliff side confession/confrontation. Nora has already lost everything – even her family – and the reclamation, if she survives it, may have its own bitter consequences. Feeling that justice is served and a book closed, a loved one vindicated, a final history known, does not erase the brokenness of death or betrayal. Together, Nora and Cormac must figure out the next steps – if there are any. There is always the sense of doubt, if not about a particular event then the very nature of life, and all its deceptions. As always, Hart’s book is dark, brooding, sad in a way that tags along after the reader. And yet, the lively mystery of her writing and the merging of times – now and ancient – create a compelling portrait that is evocative of Ireland, green vales and stormy cliffs, and the mystery of a place where fairies just might dwell and where the impossible – both morose and beatific – can actually happen. You’ll certainly never look into the eyes of a melancholic seal the same way!