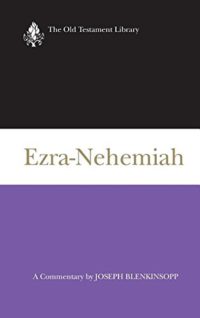 Working at a place where I can now check-out books for free – a place also filled with every kind of extra-curricular activity and club you can imagine – I decided to pursue my long-time desire to improve my Biblical knowledge, especially of the Old Testament.  When I found a lunch-time Bible study that met at work, I saw this as the perfect opportunity. They had just finished reading Ezra and were a few chapters into Nehemiah, so I decided to start my after-hours study there. I randomly picked a commentary, Blenkinsopp’s not so imaginatively named Ezra/Nehemiah, and began another one of my ill-informed self-improvement quests.

My experience was less than magical – the usual nightmare that leaves many people in cold sweats when thinking of church pews and seemingly endless, dry sermons. As a matter of fact, Blenkinsopp reminded me how I’ve gotten to be nearly thirty, and yet remain bashfully ignorant about some aspects of the Bible, particularly the more intimidating and less reader friendly Old Testament. Austere words, eclectic circular arguments, and endless footnotes that even dedicated scholars would roll their eyes at, plus enough Latin to make you feel adequately stupid populated every tightly packed, yellowing page of Blenkinsopp’s commentary. For a fast reader such as myself, usually reading upwards of twenty books at a time because self-discipline just isn’t my thing, Ezra/Nehemiah was pure torture and enough to effectively grind the whole assembly line of my reading to a halt. 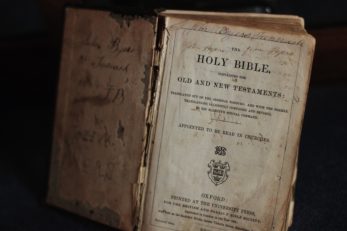 Blenkinsopp’s commentary is, for lack of a better word, just too hard to read and understand, much less learn from. I can read fairly difficult texts; I have a Masters in Writing after all, work as a technical writer by day, have published short stories and essays (including one on the Library of Congress blog), read classics for fun, and have been a devoted Christian my entire life. I thought I had the qualifications for a “difficult” scholarly read, even though I found my college honors class on reading theory an absolute nonsensical minefield. That old feeling of being surrounded by scholars, seemingly on another planet, returned within the first few esoteric and overly in-depth words of Blenkinsopp, the commentary taking off as though the reader is already a Biblical scholar and deeply familiar with the Old Testament – and I don’t mean the stories of Noah and Moses – but all the major and minor prophets’ actions plus Deuteronomy and Leviticus, the two lengthy tomes of Bible rules. Add to this an instant “as you know” immersion in genealogy and you have a book in-medias-reis (i.e. in the middle of a long running argument) that is utterly incomprehensible outside of scholarly circles. Meld it all together with minute observations about Latin pronunciations that are stated as though the reader is totally in the know, and you have a hair pulling, eye-wateringly dull compendium that doesn’t really tell you anything about either Ezra or Nehemiah other than that they are connected and therefore always approached together. Wikipedia will tell you as much.

Needless to say, Blenkinsopp’s uninspired foray downgraded from bad to worse. Each “chapter” starts by displaying the actual Bible chapter that is being examined – an admittedly great approach. What is actually being said, in context of the time, however, is mostly disregarded as the authors steadily disavow the Bible’s holiness (fine – if this is a secular historical examination, although Blenkinsopp never makes it clear from what angle he is looking at the text.) Everything is about contradiction yet the arguments that support Blenkinsopp aren’t noted, merely cited in the footnotes, which would easily lead you to several other hundred books. This means that to really understand what the commentary is saying, you need to already be familiar with both Ezra and Nehemiah from a simple content basis and all the previous scholarly literature written about them and the various arguments among scholars. To do this you either need to have the world’s best memory (where a citation saying “refer to So-and-So’s almost impossible to find book such-and-such actually sparks a reaction) or a sizable library and never-ending time and devotion to one commentary in a world where you can easily grab a more accessible volume by someone else. 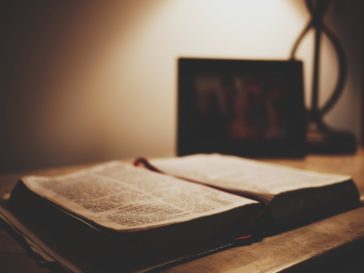 Even if you were willing to hunt up all Blenkinsopp’s endless references and follow his in-the-middle of an argument approach, I doubt very much you’d fully get his point. While Blenkinsopp likes to stand on the shoulders of giants, he doesn’t seem to hold any new arguments of his own. If you’re willing to do the scholarly research and follow the citations anyway, you don’t need Blenkinsopp. He doesn’t make anything more accessible, but merely bloviates and refers to ancient Judaism as a “cult” without explaining his charged phrasing. Again, probably a scholarly reference that other scholars will recognize, however, a regular audience, or even a semi-Biblically aware audience will be lost in seconds, torn between being mad at all the citations and references and sad at the way Blenkinsopp just makes us all feel plain stupid for picking up a book to learn about Ezra/Nehemiah. Don’t we already know the basics, he seems to be saying. Aren’t we ready to delve into one of the Bible’s more esoteric works and go straight for the heart of expert’s intricately developed beliefs and interpretations (which are apparently so accessible that they need not be explained, merely mentioned in an offhand sort of way, with an APA like citation in miniscule type.)

As the examination delves further, Blenkinsopp also presumes that we’re all history experts and are familiar with which Roman emperors ruled, at what time, and in what relation to one another. This is probably something I should know, or at least loosely know, but I’ll admit, history is one of my many weak points. A little background or even better, a glossary for readers who don’t know or would like a refresh, would have been ideal and showed that Blenkinsopp did occasionally pause to think about to whom he is talking.

In the conclusion, Blenkinsopp ends with a flourish – saying just what I have absolutely no idea. One gets the general impression that he thinks the Bible a bunch of contradictory nonsense and has successfully lead his audience to feel the same (or at least question Ezra and Nehemiah’s validity in the Biblical narrative.)  A fellow scholar, well versed in the arguments of Old Testament times and both prophets, would probably have a take-away, or at least understand the point.  Secular readers with no Biblical knowledge but a curiosity (agreeably, random) to learn about these books of the Bible will be lost in seconds and probably thinking that yeah, this whole Christianity, even from a historical background examination, sucks and is just as boring as all the staged church comedies have made it out to be. Christians, even those who are moderately up on their history and Old Testament timeline, will fair little better.