End of October, The 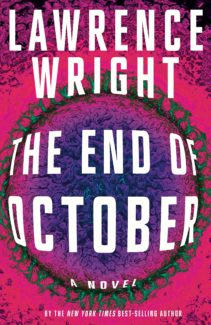 Henry Parsons is one of the best epidemiologists in the world, which is both good and convenient now that a superbug, a virulent mix that riffs off of hemorrhagic fever and Ebola, is spreading across the world. From a packed hajji in Mecca to grocery store runs in the good old USA, panic, government suppression, and conspiracy are rife. Only Henry, who is having his own internal crises, can make sense of the turmoil and unearth the truth behind the virus before it’s too late. But how many people will have to die, how many governments fail, before Henry discovers the cure, and what will it cost him and his family personally?

I’ve been a horror hound since my teenage years, and nothing really scares me quite as much as the idea of disease, that invisible, insidious killer. Covid-19 is a nightmare given life and teeth for me, yet I chose to read End of October at the same time that I am seeing the plot of every story that has ever scared me enacted through a worldwide, seemingly endless pandemic. Part of the lure was curiosity. Despite the terror, virology is fascinating, and perhaps I wanted to confront my own fears and reality in the comfortable setting of a fictional world. Arguably, not the best choice, even though it is timely. 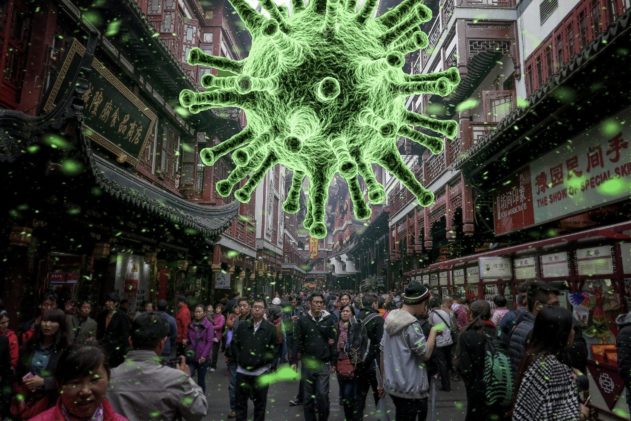 End of October, thankfully, didn’t escalate my near unmanageable paranoia, which in the last few months has given way to the odd peace of acceptance (points for confronting a fear?). Indeed, this book had little bearing on me emotionally, mostly because of the sterility of the characters and the obvious hurry to get this published, ready or not. The situation depicted in this book, from the political pundits, down to the obvious stand-in for President Trump, capitalizes on the current time, but it obviously wasn’t ready yet. There are many plot holes, many discrepancies, and an emotionless narrative that feels more like an outline than an actual story.

Henry Parsons, our protagonist, is flat and unlikable. Like every fictional scientist, he is an island, making discoveries in a vacuum and (of course) pulling off a miraculous, yet simple cure, which despite both sanity and strategy, he tests on himself first. The author attempts to add depth to Henry through his family, his disability, and his internal war with faith. But none of these angles pan out, and Henry’s character arc flatlines.

First, Henry’s disability, which is never named, is merely incidental to the narrative and only flares up at odd moments when it’s particularly useful for the plot. This approach feels like a blatant appropriation of disability without much introspection. The message is obvious: a disabled person deserves the same chances and is just as capable of intelligence and heroism. Yet it’s stale, stated but never shown, the difficulties of Henry’s disability and the emotional components never explored. This is typical of the narrative, which likes to introduce “hard” topics, but leave them unexplored.

Then, there is Henry’s hapless family, marooned in Atlanta while he jet-sets around the world, getting stuck in the Middle East after talking a fictitious prince into imprisoning infected Muslim pilgrims in Mecca (a side-bar that in the real world would never, ever happen since it would be political suicide and also impossible to hold that many people in one place for so long). Jill, Henry’s wife, is left to take care of their two children as American’s supplies dwindle. It’s an accurate, although escalated portrayal of what did happen at the beginning Covid-19 (sans the toilet paper rush), but it’s still so detached, told with a plodding, factual air that cancels out any emotional entanglement between Henry’s abandoned children and the reader.

Finally, there is Henry’s religious feelings. Having been abused by his father, Henry is a staunch atheist, yet no matter where he goes during the pandemic, religion keeps popping up. Henry’s one main friend, a Saudi Prince, is a devoted Muslim and the infection spreading during a religious pilgrimage forces Henry to take another’s faith into account, especially as the solution requires him to lie about his own beliefs. When Henry does the predictable, heroic “I’ll just inject myself, even though I’m the only one with any knowledge and my loss would doom everyone” he ends up with the Koran his friend gave him, reading it back to back during the desolate days of a touch-and-go recovery. Henry’s feelings about God and religion functions as one of the few steady plot points from the beginning, building up to some sort of realization/transformation of the character that . . . just gets dropped. What was the point? Why did we spend so much time on this angst? Where did the author want to go with this arc and why was it never finished!? 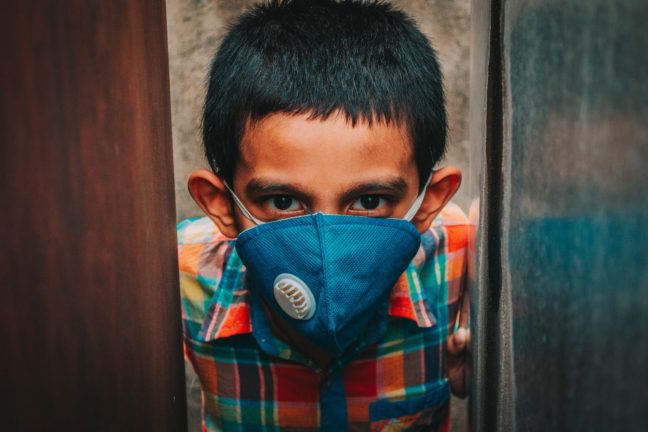 Meanwhile, as Henry takes risks and does a lot of things that very much seem like bad ideas (i.e. carving up a patient with a weird infection sans gloves and masks, just getting blood everywhere) we go to the White House where a senior staffer looks at the virus from the angle of political biological warfare. The Russians are coming and it all appears to be part of an unnecessarily complex, Dr. Evil sized plot. The narrative didn’t need more, and it was obvious that the author wanted to capture the current political climate but it was all too much for one book with what appears to be an obviously expedited publishing schedule. The thought was good and with some time and a slower publishing schedule, it held promise, but in the condition it is now – it’s all just half baked.

The only element of End of October that kept me reading was the asides. The author obviously did the research and the science here is fascinating from the history of pandemics to the nature of viruses. It’s got a Michael Crichton like pull, taking science and putting it in the context of the here and now. It’s simplified enough that we can follow it, and I just lived for the moments when the characters stepped aside and the science came to the forefront. I wanted more science, less Henry and please, even less of the half-baked political intrigue that was half mockery of Trump and half Cold War antics.

The one other redeeming feature was the ending, which was a grim little surprise that left me wowed and made me decide to add a star back on to my rating. I thought about the ending for days, and although I suppose it has that ironic edge of predictability, yet something about it was still haunting and snide; a true “humanity deserves it” moment that comprises apocalyptic fiction.

In the end, the idea was there but the execution lacking. I’d really love to see the author take this back, spending the time with it that it deserves. The know-how is there, the research is obviously there, but the characters need to be brought alive, their arcs completed, and the political angle less sketched in and more solid. The storylines need to meet and pathos needs to enter in. Pandemics are about more than just a virus; it’s about the people left behind.