A Classic Tale of Adventure

There is a saying that you cannot step in the same river twice, but with books this isn’t true. The magic of a beloved read – one of those books that just stays with you and defines how you see and feel about the world – is eternal. Dragons of Autumn Twilight with its epic battles between good and evil, its beleaguered protagonists, its vivid beauty and ability to make a land full of dragons and unicorns real, and its laired secrets captured me when I first saw the cover in a Barnes and Noble in my early teens. Now, fifteen odd years later, it’s still with me: the smell of Otik’s spicy potatoes, the red robed wizard with a rasping cough and sardonic outlook, the graceful Vallenwood homes, the deep forests, and the shimmering, ruined beauty of the eleven lands. This is a world that can be revisited, a story that does not fade with time.

It starts as all good stories do: with a tryst. A group of very different friends have gone their own ways over the years, each seeking something different and special, and tonight is when they gather again in their hometown tavern, high in the Vallenwood trees. Each friend has been through something difficult, something life changing, and none of them are the same. But this is an appointment that they will not miss. When it gets interrupted by a strange woman with a glowing staff, however, the friends are plunged into something far bigger than themselves. The stars have literally fallen, new creatures walk the land, and the old, forgotten gods are coming alive again. As the friends flee, taking the woman and her companion under their wings, they enter the longest battle of their lives. There will be grace and loss, betrayal and reunion, love and war, and everything in between. While battles rage and ancient dragons wake, the friends must confront themselves and what they have become as they try to piece together their part in this puzzle. Not all of them will survive. 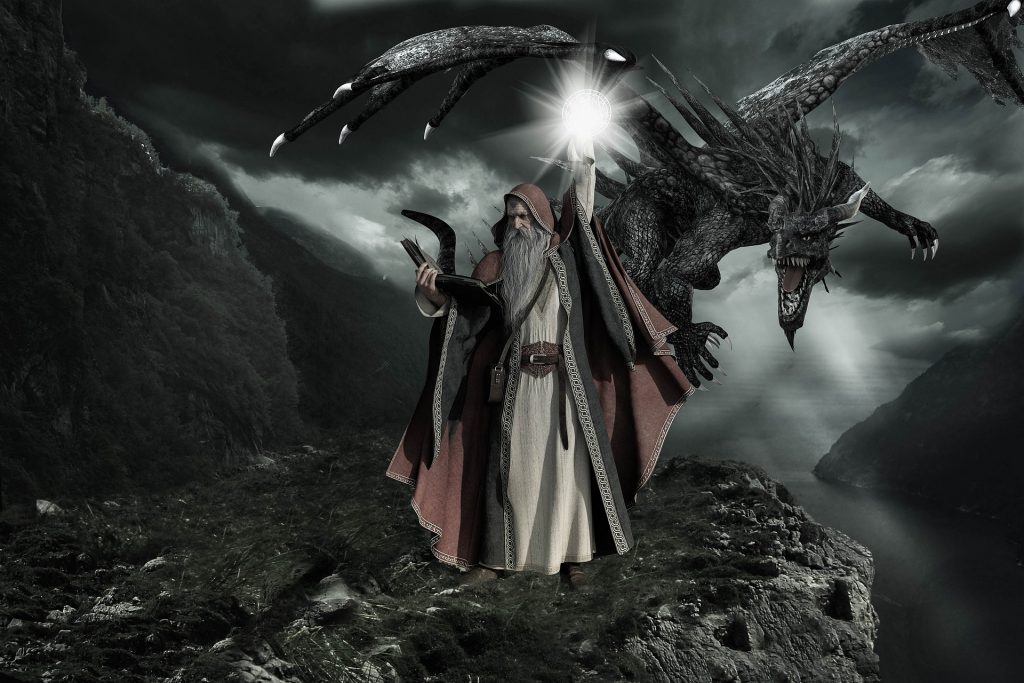 It’s really hard to capture and review this book. It sounds like your regular quest story (think Lord of the Rings, which I actually didn’t care for), but it has a life and verve all of its own. This book was my first encounter with the fantasy genre. It introduced me to a whole new world of imagination, but despite all the incredible things that happen – and the beasts that best our unworthy heroes – there is something homey and relatable about it, based on the characters and their interactions with one another and the dilemmas that follow them. While they may be elfs, mages, dwarves, and even a few humans, the humanity is all very strong and the grounding details of home (those delectable spicy potatoes!) invested me in the story both for its own sake and because I fell in love with its characters.

I was afraid after all these years to re-read the Chronicles. What if the magic was no longer there? What if that was just part of my teenage years? But now, in my 30s, I’m relieved to find that I am still just as much in love (read obsessed). The story has a great character arc, compounded by relentless action and lots of imagination. It’s the very best of the D&D world (yes that was what it was based on), fantasy at its most circumspect and addictive. Everything is “just right,” from the pacing to the moments of comedy that offset the seriousness of the situation and the harsh transformational realities of several of our main characters. Words really can’t express how right this book is. It just hits all the right notes in all the right places, somehow being jolly and yet earth shaking at the same time. I can’t wait to re-read further, to come back to this familiar, embattled world and once again face evil and the prospect of redemption with the companions.